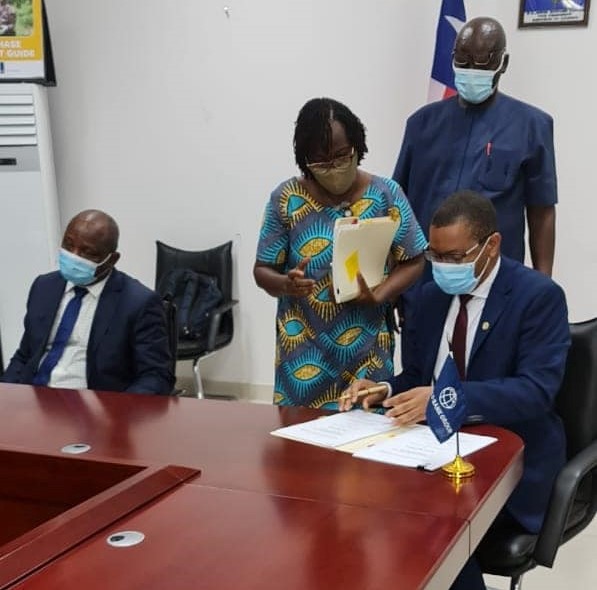 CONGO TOWN, Montserrado – The Liberian government and the World Bank have signed three financing agreements worth US$157 million that will connect Zwedru to Monrovia by paved roads.

He added that the Rural Economic Transformation Project covers a US$55 million credit, and the Second Inclusive Growth Development Policy Operation provides US$40 million (US$20 million in grant and US$20 million in credit).

Finance Minister Samuel Tweah, who signed for the government, praised the World Bank and other partners for supporting road connectivity in Liberia, which he called a flagship pillar of the government’s Pro-Poor Agenda for Prosperity and Development.

Acting Public Works Minister Ruth Coker-Collins also called the signing of the three financing agreements a milestone for road construction in Liberia. She added that the ratification of these agreements by the legislature would ensure that major corridors leading to southeastern Liberia would be connected. The funding is expected to connect Monrovia to Zwedru in Grand Gedeh by paved road.

Every rainy season, the country’s southeastern region tends to be cut off from the rest of Liberia, leading to an increase in traveling time along the road and a subsequent increase in the cost of goods and basic commodities in southeastern counties.

Featured photo courtesy of the Ministry of Public Works