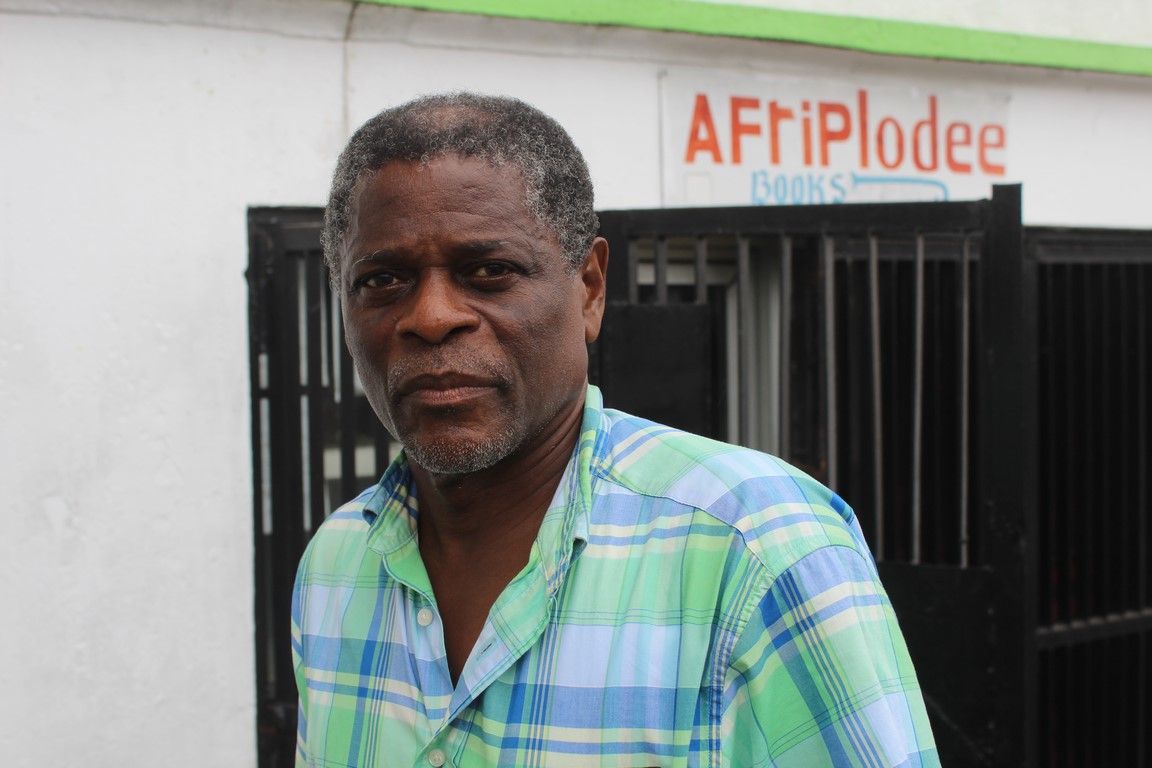 Few people have made a greater impact on literacy in modern Liberia than T. Michael Weah, the founder of Liberiaâ€™s longest running independent library â€“ the We-Care Library, located at Carey and Gurley Streets in Central Monrovia.

As the executive director of the We-Care Foundation, which operates the free public library, Weah has been involved in much more than just running a reading room. The Foundation trains teachers, writers, and publishers, and has been working to increase the number of culturally relevant books used in Liberian schools including a staple social studies book used in grades five to nine.

Weah â€“ whose favorite book by a Liberian author is the civil war novel by Elma Shaw, Redemption Road â€“ started the library as a book chain project in 1992 in the heat of the civil war. He had books brought from the US that people could read and then pass on to others when they were done.

â€œWe hoped it would have some psychological help,â€ he said, discussing the aims of the program. â€œAnd we had an ulterior motive. If the kids were reading and involved with books, most probably they wonâ€™t fight; they wonâ€™t kill each other.â€

The vision of literacy helping to end the civil conflict was indicative of Weahâ€™s affinity for books and libraries in general. â€œThe library has always been my hobby,â€ he says. â€œWhen I travel, what Iâ€™m around is the library. While other people go to other facilities in a country, usually, Iâ€™m looking for the public library.â€

Since founding the library, the foundation has dug further into other aspects of literacy, with the library now serving as a general resource center and meeting space for literacy-focused organizations.

The Liberian Organization of Writers meets there regularly, along with Critical Thinking Liberia, a group of teachers from across the city who meet every third Thursday to share their experiences. Additionally, the library holds writing workshops, film screenings, and essay contests.

The foundationâ€™s biggest impact may be its contribution to increasing the amount of culturally sensitive materials available in Liberian schools.

Weah argues thereâ€™s a need for reading materials that are reflective of Liberian childrenâ€™s heritage: â€œWe say the kids donâ€™t read, but the materials were not interesting, and they were not culturally relevant; they couldnâ€™t see themselves in those books, and they were not reading them.â€

After identifying the need, the foundation trained writers, and illustrators and produced what Weah calls â€œthe first set of culturally relevant Liberian booksâ€ â€“ the Reading Liberia series of books. Prior to these books, Weah said the illustrated materials used in schools were â€œall photocopied and were black and white with stick drawings.â€

Liberian children have responded well to the books, he said, adding that the foundation experimented by placing several different books on a table and invited children into the room without providing any instructions. The children would select the Reading Liberia books. The well-illustrated and high-quality books have now raised the standards for materials used in Liberian schools now.

Despite the good reception of the illustrated books with Liberian children, Weah worries that the small market for literacy in Liberia hinders Liberian authors. â€œThe Liberian market is so small, and the literacy level is so low and the economic power â€“ the power to buy books, that disposable income that you have to go buy books â€“ we donâ€™t have,â€ he said.

Accordingly, the foundation has been working to expose writers to audiences outside of the country by encouraging them to compete for literary prizes such as the prestigious Caine Prize for African Writing. To do that, Weah has been encouraging writers to publish their works in an anthology that is supported by the Open Society Foundation. Once published, then those works can be submitted for consideration.

As one can imagine, Weahâ€™s work puts him in regular contact with government officials, especially those at the Ministry of Education. While he has described the interaction as sometimes â€œa struggleâ€ and â€œa little intimidating,â€ he said the ministry has been supportive of the foundationâ€™s work.

However, he has found some of the ministryâ€™s actions surprising, especially the decision to not include the anthology in the curriculum. He said the collection of essays delved into complex issues like land ownership and citizenship, which, while important to Liberian society, have never been discussed critically in schools. Their inclusion within the curriculum would have worked well to promote more critical thinking in schools; something Weah says is desperately needed.

This critical thinking along with increased literacy is something Weah considers vital to furthering the development of the republic.

â€œYou say democracy, but if the people donâ€™t read or write, then theyâ€™re limited [in terms of their] access to information,â€ he said. â€œAll the information is [what] they hear, [or] â€˜they say,â€™ or what the radio says, or what that politician says, and you canâ€™t look behind it. The critical thinking that weâ€™re trying to deal with â€“ which weâ€™re trying to introduce into the schools â€“ we canâ€™t really apply them because our literacy rate is low.â€

Weah hopes that this election season, politicians can have substantive discussions around education. â€œWe hope education will be one of the issues that the politicians will discuss, and not just talk about it,â€ he said. â€œWe want to ask how. Where (are) you going to get the funding? How are we going to position ourselves in a way that education gets a major portion of the national budget?â€

â€œWe need to do something about that. And the issue in politics now, those types of issues, we donâ€™t see them being the focus.â€