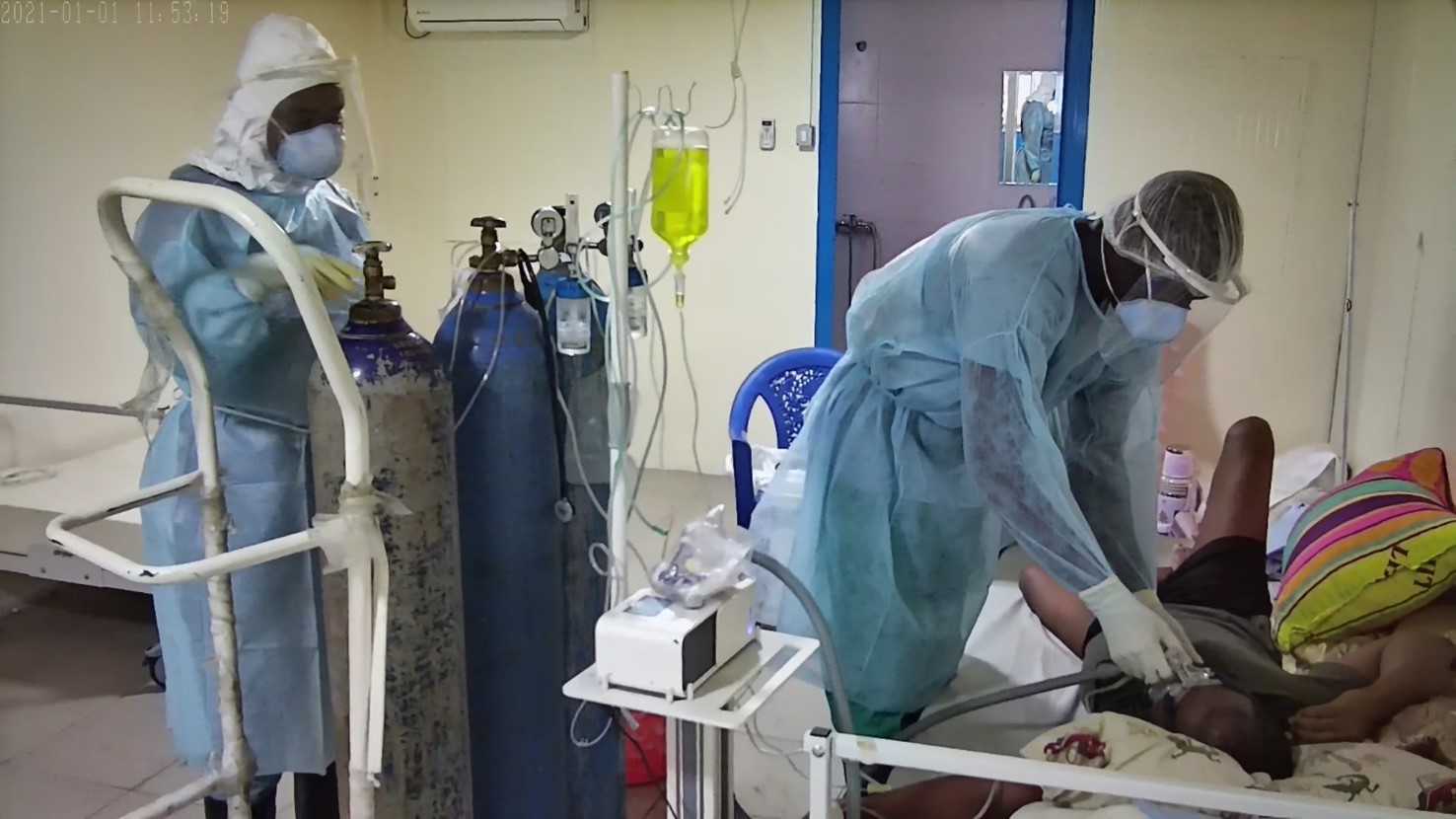 MONROVIA, Montserrado – The third wave of the COVID-19 pandemic in Liberia appears to be waning, as the National Public Health Institute of Liberia has been reporting a significant reduction in cases.

The third wave, which began in late May 2021, has produced a much higher number of confirmed cases than the first and second waves. During the first wave, the highest number of new cases in a week was 168, while the second wave was much more lenient, with a peak of 106 in a week.

However, after the week of June 28 saw 991 new cases reported, there were 582 cases in the week beginning on July 5 – a reduction of 41 percent.

Now, after multiple weeks of 100+ daily cases, NPHIL has not reported one day of more than 100 cases over the past week. For the latest reporting period of July 17, NPHIL said there were 15 newly confirmed cases and no deaths. Liberia now has 5,396 total confirmed cases since the start of the pandemic, along with 148 deaths.

Over 58 percent of those cases have come since the beginning of June. Additionally, 40 percent of the related deaths have also occurred within the same period. The actual number of COVID-related deaths are believed to be much higher because the country’s testing capacity took time to catch up with the rate of infections. Health officials only count deaths if the bodies have been tested and confirmed positive. However, a visit to funeral homes and hospitals across Monrovia would have told a different story during the height of the third wave, as funeral homes were reporting a surge in corpses.

At a press conference where she assessed the country’s progress, Health Minister Wilhelmina Jallah told journalists that the second half of July is looking much better than the preceding six weeks.

She said she now expects a reduction in the number of active cases, as many who have tested positive for the virus were scheduled to be discharged from medical care soon.

Still, Jallah warned that the virus still posed a significant risk to the country. She labeled the 18 to 54 age range as a high-risk group because “they are individuals always seen at overcrowded entertainment centers at night.” Although entertainment centers are banned from operating after 9 p.m., many lower-profile businesses are able to skirt the rules due to the government’s limited capacity for enforcement.

The health minister also announced an alarming fact – that all available vaccines in the country had been used, and there were no available doses. Because COVID-19 has no specific cure and doctors only treat the symptoms, the best way to fight the disease is through social distancing and for as much of the population as possible to get vaccinated.

Liberia had previously received 96,000 doses of AstraZeneca COVID-19 vaccines donated through COVAX, a global initiative to ensure fair and equitable access to COVID-19 vaccines for low and middle-income countries.

Vaccination began in April, but vaccine hesitancy played a major role in keeping many from taking the shots. However, at the peak of the third wave, demand for vaccines increased.

Jallah noted that “there is no COVID-19 vaccine in the country” and health authorities were still awaiting an additional consignment of 96,000 AstraZeneca vaccines.

She said 84,288 persons had taken a first dose of the vaccine, and 9,135 persons had received two doses to complete the vaccination routine.

Upon arrival, Jallah said health authorities would prioritize those waiting for their second dose. She projects that 52 percent of the country’s 4.5 million population need to get vaccinated for Liberia to be well placed to fight the virus.

On June 30, the World Bank had announced a financing agreement to allow Liberia to purchase 386,000 additional vaccines. However, no further details have emerged on the progress of that agreement. However, Jallah says Liberia will need to buy more vaccines to vaccinate more than 2 million persons and reach herd immunity.