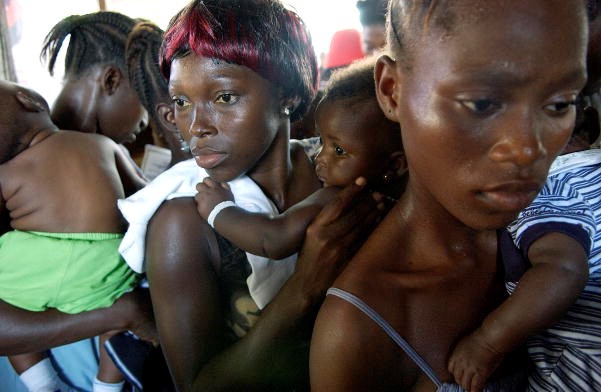 The conference was organized by the Grand Bassa County Health Team in collaboration with the Ministry of Health with support from USAID and other partners.

Sieka said there had been 12 and 13 deaths in Grand Bassa in 2015 and 2016, respectively. From January to March of this year, the number had already climbed to seven, more than half of the previous two years.

The conference was held with the participation of relevant stakeholders including NGO partners, the United Nations Population Fund, the World Health Organization, USAID, and county and district leaders.

The participants identified the root causes of maternal and neonatal deaths and morbidities, contributing factors, and the roles of the community in resolving the problem.

In the resolution adopted, the participants affirmed that access to health is a universal human right. They pledged to observe the principles of equity, efficiency, accountability, and sustainability in the delivery of the essential package of health services.

In order to carve out strategies for tackling the issue, the participants were divided into three groups – Â county authorities, the County Health Team (including health workers), and community leaders.

The county authorities committed themselves to mobilizing resources, facilitating coordination and collaboration among the different sectors such as the education and gender offices, and to work to increase utilization of services.

Meanwhile, the County Health Team committed themselves to providing quality health care service delivery to mothers and newborn children at all facilities.

They also affirmed that health workers and the various professional governing boards are accountable for responding to medical malpractice through necessary measures such as warning letters and revocations of licenses after rigorous investigations.

They agreed on a set compensation of L$1,500 (US$13.27) to be made by the family of a pregnant woman whenever a traditional midwife accompanies a patient in labor to a health facility. The community leaders also agreed on a penalty of L$2,500 (US$22.12) to be imposed on traditional midwives and birth attendants who fail to take pregnant women to a health care facility for delivery.

The community leaders resolved that commissioners and all local authorities should ensure that the community members help to transport pregnant women in hammocks to health facilities in case of emergencies where ambulances are unavailable. Any man refusing to cooperate will be fined L$2,000 (US$17.70) while any local authority failing to adhere to these resolutions can have their complaint taken to the county superintendent.

“As a direct representative of the President of this country, I must commend you for this conference,â€ he told participants. â€œIt is important to review and set a new health plan for our county; the issue of maternal and newborn deaths should be the concern of each and everyone in here because no lady is supposed to die while giving birth, so I believe if you get back to your respective communities, you will spread message.”

He, however, vowed to seize the salary of any local authority who failed to adhere to what they had committed themselves to in the resolution.

â€œWe will make sure to seize the salary of statutory district superintendents and all others local authorities who will not enforce the commitment they have made in this resolution because we need to prevent this through a holistic approach,â€ Demmah said.

The new strategies from this conference are expected to be reviewed on a quarterly basis.