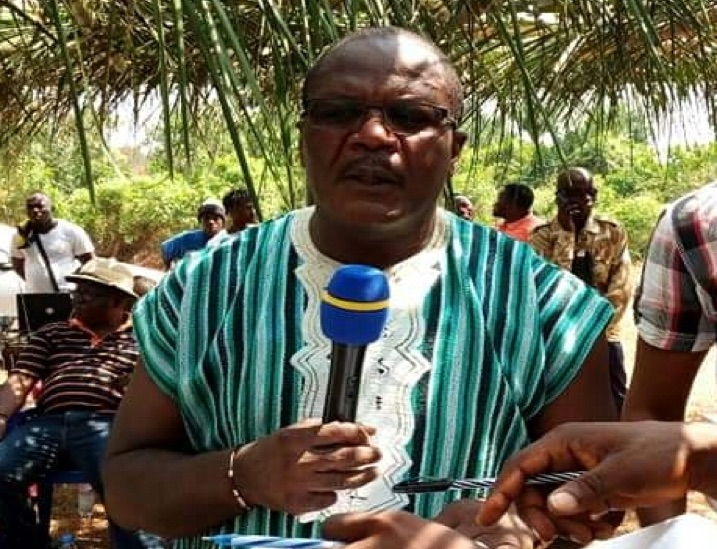 Presenting his report this past weekend in Mambahn Civil Compound, Tarponweh first thanked his supporters and citizens of the district for affording him the opportunity to serve as their representative.

â€œAs your humble servant, we feel answerable to you at all times, not just for outlining our achievements, but also a means of promoting transparency and accountability in public service,â€ he said.

â€œWe are also aware of the fact that successful and adequate representation is contingent upon regular and/or periodic consultation of constituents.â€

He said during the period of the first sitting, he attended nearly all 121 sessions of the House of Representatives, including regular, executive, and extraordinary sessions. He said he also participated in 13 plenary public hearings.

In the areas of lawmaking, the lawmaker said he co-sponsored two bills, including the Liberian Business and Employment Act of 2018, introduced by Grand Kru representative, Fonati Koffa and An Act to Establish the Export Proceed Repatriation of Liberia 2018, which was jointly introduced by Representatives Francis Dopoh and Dixon Seboe.

Tarponweh said he was also instrumental in leading the debates and lobbying with his colleagues for the passage of several important legislation. Paramount among them was the Land Rights Act, Local Government Act, and the 2018/2019 National Budget.

Tarponweh, who was elected on the ticket of the ruling Coalition for Democratic Change in 2017, chairs the House Committee on Investment and Concession.

The lawmaker said during the past year in office, he also advocated for increased allotments to the C. H. Rennie Hospital, the Kakata Rural Teacher Training Institute, and Harbel College, although he said the advocacy did not yield positive results due to budgetary constraints.

â€œMy fellow residents of electoral district one, because some of us went to the legislature with one main objective, which is to put the interest of our people first and to help improve their living standards, we are always guided by the need to put your interest first in all that we do and say,â€ he noted.

In his district, the lawmaker said development initiatives and programs were focused primarily on interventions in the areas of road connectivity, education, health, citizensâ€™ participation in major decision making, fearless advocacy, and community assistance among others.

He said due to the economic hardship being faced by residents of the district because of the collapsed Du River Bridge, and after several engagements with the Ministry of Public Works, the ministry has said it was holding talks with Firestone for a cost-sharing arrangement to have the bridge replaced.

â€œWe will remain consistently engaged with the relevant authorities at the Ministry of Public Works [until] the bridge is reconstructed,â€ the lawmaker added.

He said his office was also instrumental in ensuring the successful construction of an addition to the Marshall Junior High School in Marshall, which allowed the school to be upgraded to a full high school.

During the first year of his tenure, the lawmaker also disclosed that he provided more than 200 local scholarships to students in the district attending grade schools and universities.

While Tarponweh received applauds for his achievements, the districtâ€™s youth chairman, Emmanuel Freeman, criticized the lawmaker for not involving the young people in his activities.

Freeman said the youth of the district are not represented on the district development council set up by the lawmaker. He also said young people had been excluded from the recent county council sitting held in Kakata.

A group of citizens also said Tarponweh had not visited them since he was elected to the position in 2017.

The Margibi representative is now the third lawmaker in the county to have reported on their past yearâ€™s activities to constituents. The countyâ€™s second and third district representatives, Ivar Jones and Ellen Attoh-Wreh, earlier reported to their constituents.

Ben Fofana and Clarence Gahr who represent the countyâ€™s fourth and fifth districts, respectively, are yet to report to their districts, while Senators Oscar Cooper and Jim Tornonlah have not presented a single report to Margibians since they were both elected in 2011 and 2014, respectively.

Fofana who heads the county legislative caucus along with the county superintendent, Jerry Varnie, were present at Tarponwehâ€™s reporting event on Saturday.