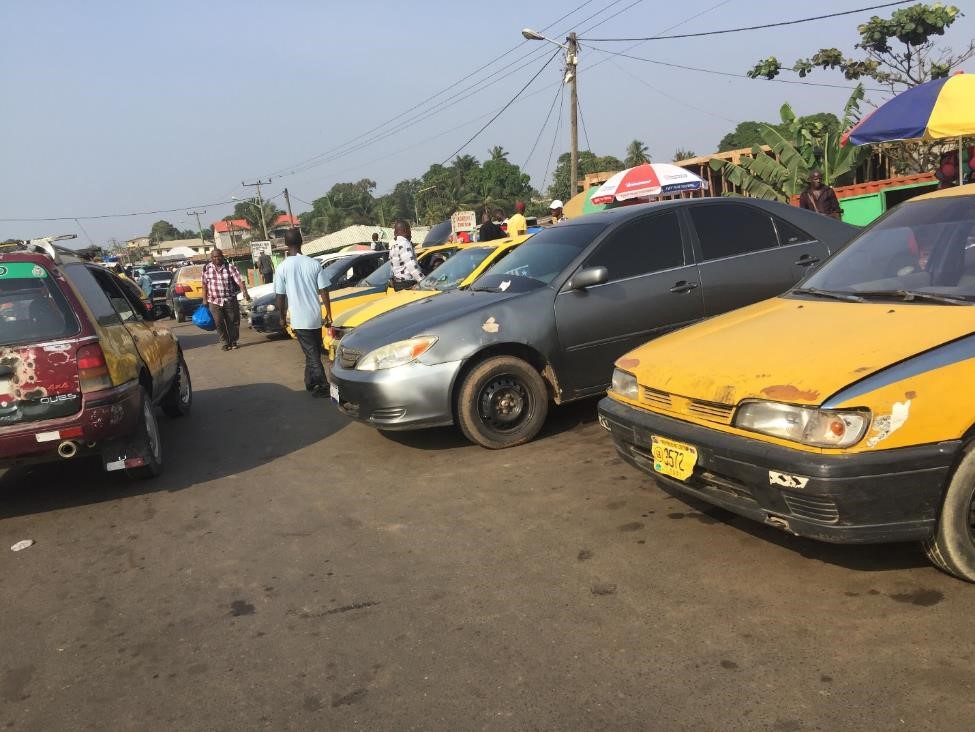 MONROVIA, Montserrado â€“ On Thursday, January 31, the Ministry of Transport released a newly approved transport fare structure for commercial vehicles operating around Monrovia. The new structure reflects a 40 percent decrease in much of the fares. 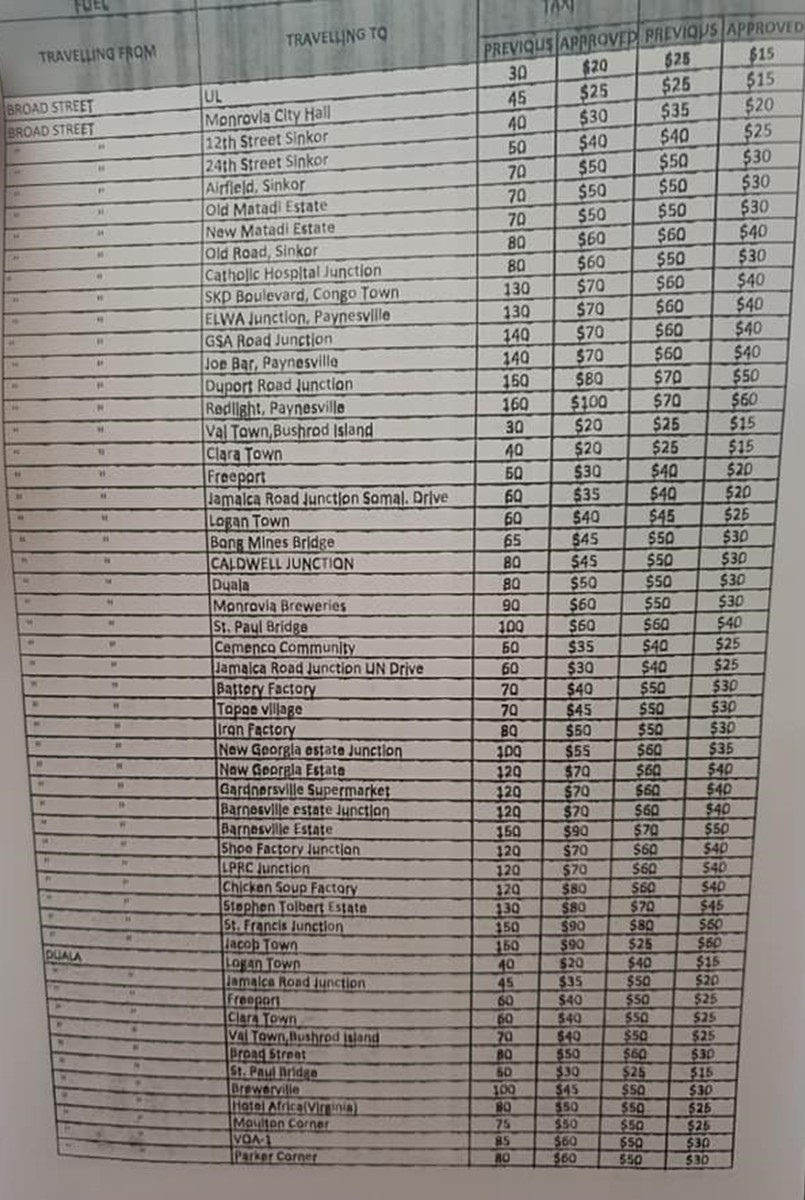 Copy of the new transportation fare structure for Monrovia and its environs.

Lemuel Kleeme, the transport ministryâ€™s assistant director for communications, told The Bush Chicken in an interview that the governmentâ€™s action was in response to a reduction in the price of petroleum products on the world market and was part of the governmentâ€™s Pro-Poor Agenda.

Kleeme said the new fares were approved jointly by the Ministries of Transport and Commerce, the Liberia National Police, the tricycle union, and drivers unions.

Last year, an earlier attempt to introduce the reduction in transportation did not materialize as commercial drivers resisted the rate due to an increase in the price of petroleum products.

Commerce Minister Wilson Tarpeh said the situation was caused by a â€˜misunderstandingâ€™ by petroleum importers of an imposed petroleum tax to deposit in the National Road Fund.

Kleeme said now that the price of petroleum commodities has reduced on the global and local markets, it was just fair enough that the reduction also affected commercial transportation fare. A gallon of gasoline is now sold for US$3.43, while a gallon of diesel is also sold for US$3.37.

He expressed disappointment that some commercial drivers would want to continuously exploit commuters by hiking transportation fare, even given that the price of gasoline is now reduced.

According to him, the ministry is working closely with the Liberia National Police to ensure that drivers adhere to the new rates and violators would be punished in line with the laws.

â€œSome of them want to still continue exploiting the commuters. This is why we are happy that the media, upon the release of the new approved fare, has widely informed the public and we ourselves [are] currently producing it into a brochure form to have them distributed [at] other areas that are densely populated,â€ he said.

He added that drivers who overcharge passengers will be fined US$100 on the first offense and US$200 on the second offense. He said any further violation by a driver after three instances will lead a suspension of a driverâ€™s license for one year.

Morris Toe, a passenger aboard a taxi in Central Monrovia, said the Transport Ministryâ€™s intervention is welcoming. Toe, however, encouraged the government to go beyond the announcement and ensure that violating drivers are punished.

Romel Williams, who also welcomed the notice, feared that commercial drivers might ignore the governmentâ€™s decision and impose their will on desperate commuters.

â€œSince they will not be using the price of gas as an excuse, they will use traffic or car maintenance as their new method to overcharge us, as they do,â€ Williams said.

â€œ[The] government came with [the] price in the middle [of] last year, but what happened? Nothing because drivers think they are in control as we canâ€™t go without them.â€

She noted that the high transportation fares were causing students to drop from school.

Another commuter at the SKD Boulevard Junction, James Momo, said the approved transportation fare structure has been long expected, but stressed the importance of its enforcement.

While commuters are rejoicing over the reduction in fares, some commercial drivers think that the new fare structure does not correspond to the current price of gasoline in the country.

A taxi driver in Monrovia, John Kollie, said the price of gasoline is still too high to accommodate the newly approved fare structure.

Further, he said he has not been informed by any union about the new adjustment. While he respects the governmentâ€™s decision, Kollie noted that driversâ€™ interests were not being considered.

Mohammed Kanneh, another driver who operates between Paynesville and Gardnersville, said he was not aware of the new fares.

â€œIf our leaders are aware of this, I donâ€™t know, but I know surely well that if anything of such exists, we would be in the know,â€ Kanneh said.

â€œImagine passengers paying just L$35 [US$0.22] from Boulevard Junction to Jacob Town and L$60 [US$0.38] to Gardnersville. How low the price of gasoline is for such a decision?â€

The assistant director for communications at the Transport Ministry said the ministry also adjusts fares when petroleum prices go up, to accommodate drivers.

â€œThe price of gasoline is not determined by our market here. Gasoline is an international product. Once the price increases on the world market, it will affect developing countries like Liberia,â€ he said.

Prior to the release of the adjusted fare structure, taxi drivers charged L$130 from ELWA Junction to Broad Street, but some reduced the amount by only L$30 on Monday. The Bush Chicken has not learned of any driver being arrested or vehicles being impounded due to violations.

Sharing
Tags Lemuel Kleeme, Ministry of Transport
Contributions to The Bush Chicken are not tax deductible.