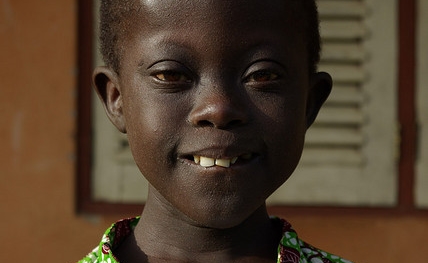 MONROVIA, Liberia – My Heart’s Appeal, an international humanitarian organization, will host the third celebration in Liberia of the World Down Syndrome Day on March 21.

The MHAâ€™s community-based program and the Down Syndrome Association of Liberia will join Down Syndrome International in the United Kingdom to host this yearâ€™s event.

MHAâ€™s CEO and Founder Lovetie Major, a native of Liberia residing in the United States, said that WDSD signifies the uniqueness of the triplication of chromosome 21.

Major noted that March 21 is a global awareness day and will be officially observed by the United Nations at its 4th WDSD Conference at the UN Headquarters in New York.

Major disclosed that the celebrations in Liberia will be on March 21 at the organizationâ€™s head office in Gaye Town, Monrovia. It is being observed as a part of â€œParents Forum and Family Day.â€

Major explained that due to the Ebola outbreak, the celebration in Monrovia will be open only to guests who receive an invitation.

She encouraged people in Liberia and across the world to raise awareness by talking about WDSD and people who are affected by Down Syndrome.

â€œWe want to get people talking about WDSD on March 21,â€ she said.

According to Major, people can raise awareness by wearing bright colored socks, long socks, printed socks, one sock or even three socks for three chromosomes.

The day was first Â observed in 2006 by countries around the world. On Dec. 19, 2011, the United Nations General Assembly declared March 21 as World Down Syndrome Day.

MHA currently runs programs including Â a small vocation school in Liberia that provides training and opportunities for teenagers and adults with the primary diagnosis of intellectual, developmental and physical disabilities.

Additionally, Â MHA is currently generating funds to create a safe campus in Liberia on the Robertsfield-Monrovia highway to give teens and adults Â with intellectual disabilities in West Africa the opportunity to train, work and be productive.

If you live in Liberia and in communities around Monrovia, contact My Heart’s Appeal at 088810149, 0777437443 or info@myheartsappeal.org for more information about the program or if you need assistance raising a child with Down Syndrome.

Sharing
Tags down syndrome, Down Syndrome Association of Liberia, My Heart's Appeal
Contributions to The Bush Chicken are not tax deductible.