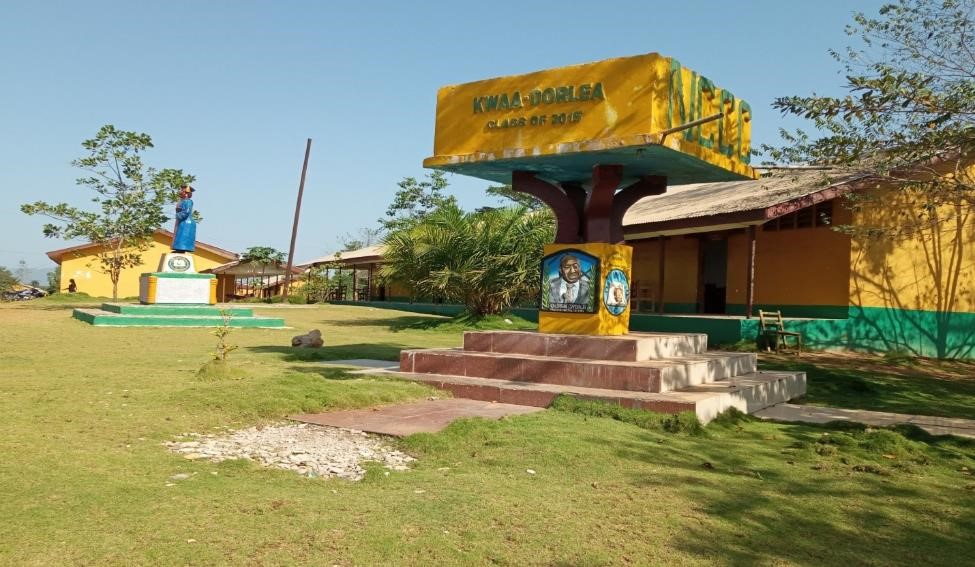 SANNIQUELLIE, Nimba – Nimba County Community College has broken grounds to construct a ten-classroom engineering building on its campus. The facility will cost US$52,000 and should be completed by September this year, the college’s associate vice president disclosed.

Emmanuel Donsea said funding for the project would come from an annual US$50,000 payment that ArcelorMittal committed to providing the college based on the Mineral Development Agreement the concession company signed with the Liberian government.

Instead of being constructed by an outside firm, Donsea said students enrolled in engineering and technical and vocational training programs at the school would undertake the project, supervised by their instructors.

“If you look at the college’s statistics, you will realize that the enrollment in the Science and Agriculture Departments is very high compared to the Business Department,” he said at the groundbreaking ceremony on May 12.

“Currently, the classrooms we have cannot host all of our students, particularly those in the science programs. We will soon be elevated to a university, so we need to be prepared for this elevation and this project is part of the preparedness plan.”

Officials at the college have long discussed a plan to elevate the community college to a university, even as the institution has faced significant financial challenges.

Peter Ben, the vice president for academic affairs, said the institution applied over a year ago to the National Commission on Higher Education to transform the community college to Nimba University College. In that application, Ben said officials proposed that Engineering Technology would be one of the six constituent colleges of the new institution.

He added that the new engineering building would support the implementation of additional academic programs, including geology and mining.

Meanwhile, the community college’s president, Edward Lama Wonkeryor, said he was pleased to see some of his vision for the institution come to reality. He described the engineering building as a precursor to a more modern US$1.5 million facility that the college intends to build in the future to host the engineering college. He made no mention of when construction on that grand facility would begin.

Wonkeryor, however, pledged his administration’s commitment to supporting the engineering programs at the college with not only buildings but also faculty development.

With the help of ArcelorMittal and the support of the central government, Wonkeryor said he would achieve his vision of having “competent and first-rate Liberians” teaching in the engineering programs.