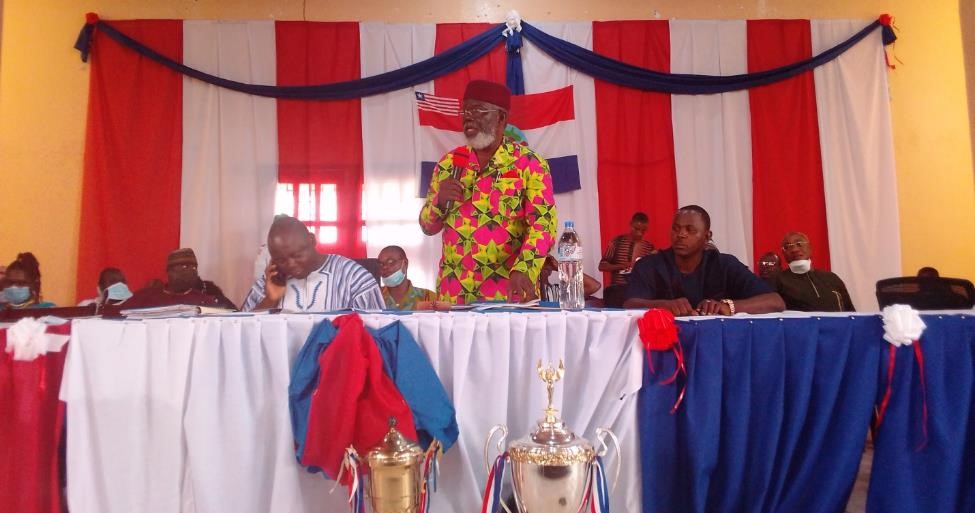 SANNIQUELLIE, Nimba – Three members of the Nimba County Legislative Caucus, along with two candidates who were reportedly denied participation in the controversial Project Management Committee election, have file two separate motions with the Eighth Judicial Circuit Court seeking to nullify the results of the election.

The injunctions were filed against Sen. Prince Y. Johnson and six other Nimba lawmakers; the three elected PMC officials; and the superintendent of Nimba, Nelson Korquoi, for their roles in the just-ended PMC election.

The motions were filed at the court in Sanniquellie on September 3 by Rep. Larry P. Younquoi, Rep. Prince Tokpah, and Rep. Samuel G. Kogar of Nimba’s eighth, second, and fifth electoral districts, respectively. The two candidates who were denied participation in the PMC election, Gonpa Osundu Dahn and Dudley S. Debois, filed their separate motions.

The petitioners, through their legal counsels, Lawrence Sua and Garrison Yealue, contended that Sen. Johnson, the chair of the Nimba Legislative Caucus, along with six other lawmakers, violated their constitutional right to hold the PMC election through secret ballot and illegally conducted a headcount election.

They further claimed that Harris Y. Yeanamie, Sam Ta-Kruah, and Richard Nyeingar (the newly elected heads of the PMC) were illegally elected to serve as chair, treasurer, and comptroller, respectively. They claim that the controversial election caused them detriment and financial losses, as well as mental anguish and inconveniences.

They asked the court to stop the three newly elected PMC members from serving in their respective positions.

Meanwhile, the Eighth Judicial Circuit Court has summoned the Nimba superintendent, Sen. Johnson and the other six Nimba lawmakers, and the three PMC leaders to appear on September 12 to respond to the allegations.

The court has also prohibited the three PMC officials from working until it makes a decision following the three officials’ appearance in court.

Sharing
Tags Prince Johnson
Contributions to The Bush Chicken are not tax deductible.