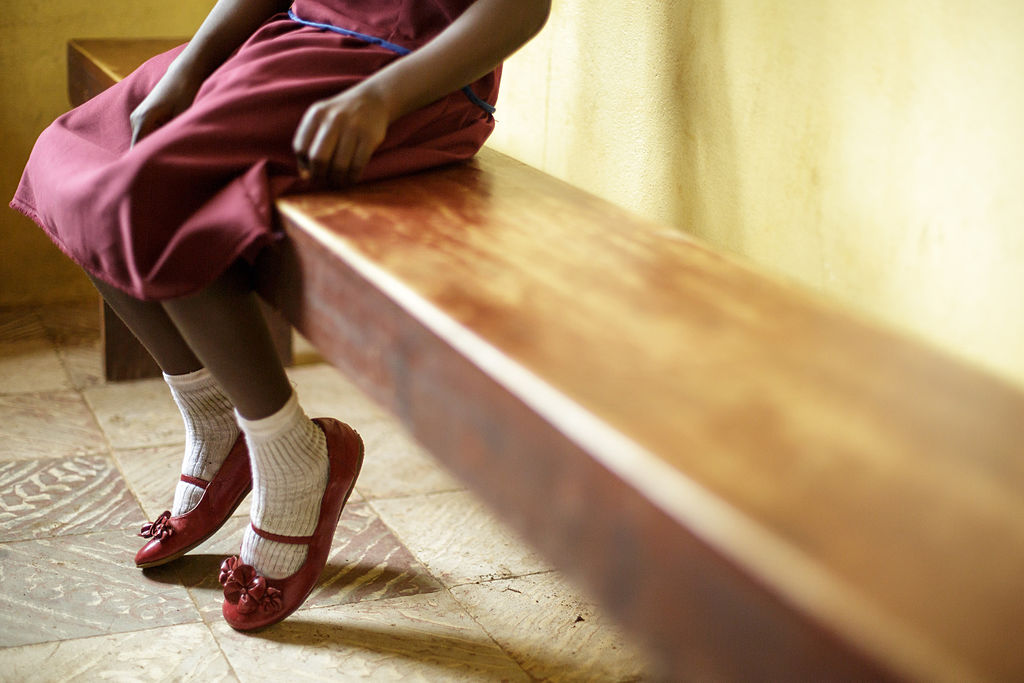 Liberia has a rich culture and tradition of trust, sincerity, and intimacy that often leaves tourists and visitors in awe and amazement. However, not all cultural practices in Liberia are beautiful. The traditional practice of female genital cutting has left scars on the hearts, minds, and body of many beautifully shaped young women and girls.

The Sande society, also known as Zadegi, is a place where young women and girls go to gain traditional knowledge and skills needed by society. There, they are taught the values of family life, tolerance, obedience, and submission, coupled with basic art skills that benefit them and their families.

The society was founded with the purpose of producing young women with the sort of values and character necessary for maintaining chastity and proper sexual comportment, preparing them to be good wives. This powerful institution is sometimes sarcastically labeled by the press as stronger than the Liberian government.

Although the society has many worthy and useful attributes, the practice of female genital mutilation, where some or all the external female genitalia is removed, poses a serious threat to the health of many initiates.

The procedure is done because of the belief that it limits sexual immorality in women and lessens their sexual desires. This, supporters believe, will enhance chastity. The process, however, has no known health benefits for girls and women and it poses a serious threat to their health.

What then can Liberia do to end the pains of young women and girls and preserve the health and lives of these young people?

The process of female genital cutting is done by traditionally inclined persons who spend most of their lives in rural parts of Liberia, places that are usually economically disadvantaged. The perpetuators of these acts usually live below the poverty line and depend on the proceeds gained from the process to provide their basic needs. For many of them, their only skills are the ones exhibited during the practice. Taking the practice away from them means taking away their source of survival.

Moreover, the practice is more than a culture, or a tradition. It is a belief. And a belief is a lifestyle that is even more deeply rooted in the minds of a group of people. Like superstition, it implies some sort of cause and effect with no evidence, which is seen clearly with FGM, where it is believed that until a woman is cut, she is unclean.

To end this practice, Liberia will have to meet with traditional leaders and provide them with education on the dangers of the practice; this must be done moderately. The country must also not put an end to the entire Sande society â€“ only the cutting of the genitalia due to its health threats.

The government could also work to ensure that even more advanced and economically empowering skills are taught to the initiates. However, I believe that the training of girls in family values should be maintained as these are important in maintaining success and tolerance in the community.

It is also important for the Sande society to serve as an institution where the cultural values of Liberia can be learned â€“ a place where adolescent girls can go to understand the beliefs and practices of their forefathers and where historical elements are kept for deep understanding of our past.

For this to happen, the government needs to invest more into the Sande, providing them with funding and assistance, giving out subsidies for the improvement of the institution, and increasing the salaries and wages of trainers and the traditionalists.

Lastly, I will recommend that the Sande society be renamed â€˜Liberiaâ€™s All Girls Institute for Cultural Development.â€™ It will better promote education and discourage the negative superstition associated with the prior name.

For this to be successful, the government, as well as private institutions working to abort FGM, must establish a rapport with traditional leaders, breaking down in bits and pieces the importance of ending genital cutting. During this process, the traditionalists must understand that the Sande society is not coming to an end, but is only upgrading, both for the benefits of the initiates and them.

Let us note that this process is a long one, and it can only be achieved in the long run by tolerance and patience due to the strong belief held by many Liberian traditionalists.