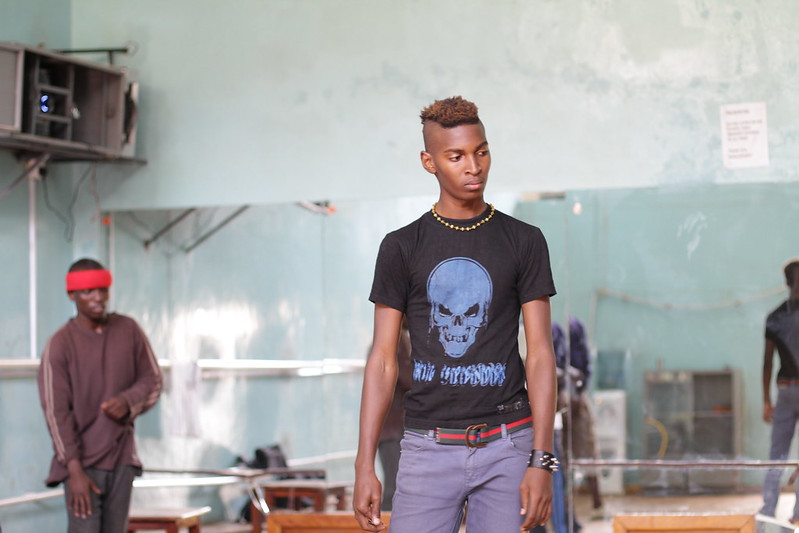 Less than a week ago, a Liberian model and fashion designer gave an interview to the Liberia News Agency where he claimed that 99 percent of Liberian men are closeted gays who hide their identity because society will not approve of it.

“I can say—I’m not afraid to say it—99 percent of Liberian men—they are gay,” Tarus Cole said. “They’re hiding under the closet because society is going to look at them differently.”

That portion of his interview has received its fair share of popularity across the Liberian media landscape, overshadowing the main message Cole focuses on, which is to point out the challenges of being gay in Liberia and the constant finger-pointing and stigmatization.

On social media, comments like “gays should burn in hell” and “homosexuality is devilish” have taken center stage. Some commenters are even angry that Cole was given the platform to speak about his sexuality and this may have likely prompted the government-owned news agency to take down the interview, although other outlets continue to have the full interview up.

However disgusted Liberians are by Cole’s exaggeration of the number of gay men in Liberia, it brings to the forefront the hypocrisy of Liberian democracy and sham commitment to freedom and equality.

It is important to note that Cole’s estimation of 99 percent is not a statistical reality, but an exaggeration and Cole himself knows this. He simply wants to reveal that there are a lot of gay men in Liberia who continue to sweep their homosexuality under the rug because of disapproval from a profoundly religious and culturally sensitive political and social landscape. One could even argue that it is a hyperbole, which invokes strong emotions to emphasize the importance of something—maybe of dire consequences. It’s evident that Cole’s expression is more literary than it is a statistical reality that must be judged on that basis.

Besides, Cole‘s standing up to express his sexuality is a rarity in Liberia because of the resulting social prejudice. Lesbian, gay, bisexual, transgender, and queer folks face a myriad of obstacles, ranging from cultural and systemic oppression to the denigration of their existence as “Satanic and uncultured.”

A few weeks ago, a young Muslim Liberian gay man alias Mohammed Sherif was disowned and evicted from his parents’ house for his sexuality. Sherif had been bullied and assaulted on several occasions and later rejected by his parents. In Journal Rage, an online blog, Sherif painfully reveals in his own words that he was jumped on and attacked because of his sexuality.

“I was attacked by one of the boys in the communities while I was working. It didn’t take too long when the news leaked that I was gay and the man who was helping me asked me to leave. He didn’t tell me why he was putting me out, but I think it was because the boys mentioned that I’m a ‘fag,’” he says.

Pictures on Journal Rage shows Sherif with scars and bruises on his body, beaten and assaulted because he was born gay. Imagine the lifelong agony, depression, disgust, and personal pain a person goes through for being gay? For being born different? Imagine living in a society that has never evolved a place for you— where the only things all cultures and competing religions and beliefs agree on is your denigration.

Imagine living in a society where your very own constitution doesn’t support your existence. In a loosely incoherent manner, the Liberian penal code frowns, punishes, and criminalizes voluntary sodomy as a “misdemeanor.” Article 14.74 of the Liberian constitution defines “misdemeanor” as “sexual contact between human beings who are not husband and wife or living together as man and wife though not legally married, consisting of contact between the penis and the anus, the mouth and the penis, or the mouth and vulva.” There’s one-year imprisonment hanging over any sexual conduct that is not between a man and a woman or “any touching of the sexual or other intimate parts of a person to arouse or gratify sexual desire.”

When a bill was proposed to legalize homosexuality a few years ago, Jerome Verdier, the former chair of the Truth and Reconciliation Commission, said “legalizing homosexuality will further erode and degrade the moral fabric of our nation and degenerate its civilization and godliness.”

During the 2017 elections, the notorious warlord and now senator, Prince Johnson, based his first campaign speech on what Robbie Corey-Boulet termed as “a sharp denunciation of sexual minorities and those who defend them.” Johnson said “a government under our watch will never, ever accept gay rights” and that “Liberia is not Sodom and Gomorrah.”

That’s what I’m offended by. I am offended that the lives of brothers like Sherif remain ruined because their families will never accept them for who they are. They live in communities that see them as a threat. They live with people that have nothing but disgust and shame for them.

Sharing
Tags Gay rights
Contributions to The Bush Chicken are not tax deductible.