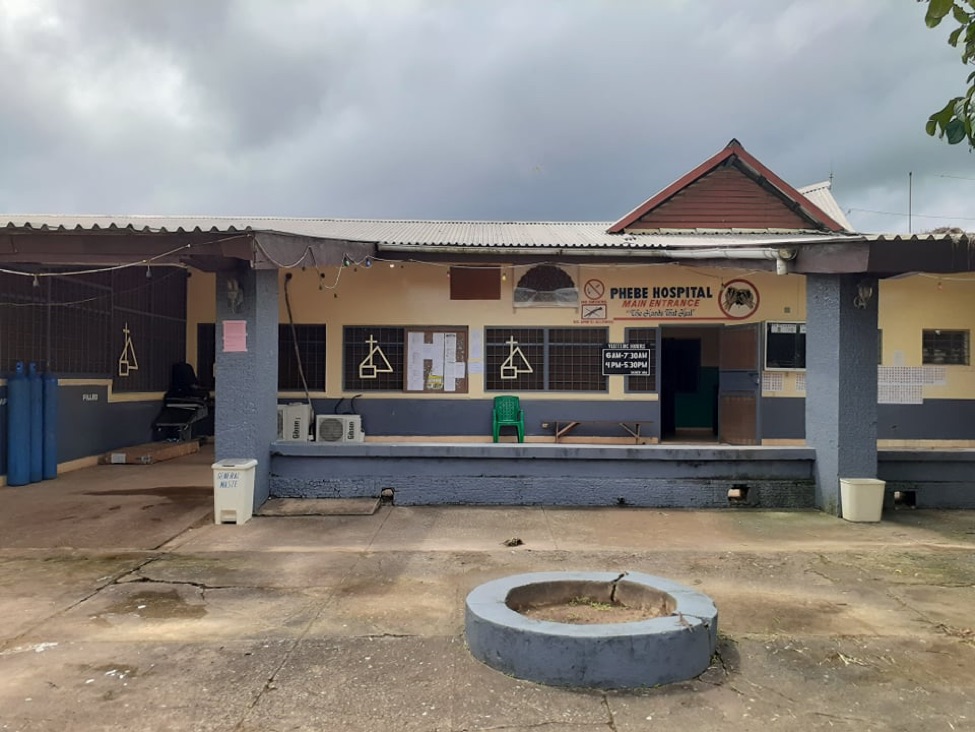 GBARNGA, Bong – Bong’s county health officer, Adolphus Yieah, says Phebe Hospital will remain closed to the public this week until the facility is fumigated. The news comes after 14 of Phebe’s health workers tested positive for COVID-19.

The medical director of Phebe Hospital, Jefferson Sibley, along with several laboratory technicians and nurses, recently tested positive of the Coronavirus, resulting in the closure of the referral hospital.

Dr. Yieah told The Bush Chicken on Sunday evening that the hospital had discharged all the patients that were admitted to enable the fumigation.

“We encourage pregnant women to seek medication at C. B. Dunbar Maternal Hospital in Gbarnga,” Dr. Yeiah said. “Parents can also carry their children there when they are ill.”

Before testing positive with the virus, Sibley underscored the need for the speedy completion of the COVID-19 treatment unit that is being set up at Phebe Hospital, considering that the county was reporting more cases of the virus.

Up to date, Bong has recorded 26 confirmed cases of COVID-19 with four deaths. Two of those deaths occurred at Phebe Hospital.

Meanwhile, Yieah said the treatment unit would be ready this week.

Many people in Bong say the decision to close the hospital will deny citizens basic health services and possibly cause deaths.

There are already two known cases of people who died after Phebe refused to admit them over the past week.

Christopher Ciapha, 44, a long-serving technician at Radio Gbarnga, died of hypertension at a local clinic in Gbarnga on June 20 after Phebe and C.B. Dunbar Hospital both refused to accept him for treatment when he was taken to the facilities on the morning of June 19.

Bong’s agriculture commissioner for communal farming, Henry Klemee, also died recently in the yard of Phebe Hospital after he was reportedly refused access.

Aaron Juaquellie, acting executive director of the Foundation for International Dignity, says the closure of the hospital to the public is a human rights violation.

“I have said the closure of [the] emergency section of Phebe without [an] alternative plan for patients is a violation of the right to health,” Juaquellie told The Bush Chicken.

Although the central government recently provided US$18,000 to the county’s health team to help in its response efforts, the Bong County Health Team says its challenges include a lack of functioning ambulances, shortages of essential drugs and medical supplies, and limited funds to compensate community mobilizers and members of the county’s burial team.

The National Public Health Institute of Liberia puts the country’s current confirmed COVID-19 cases at 768 with 34 deaths and 298 recoveries, as of June 27. The active caseload stands at 436.