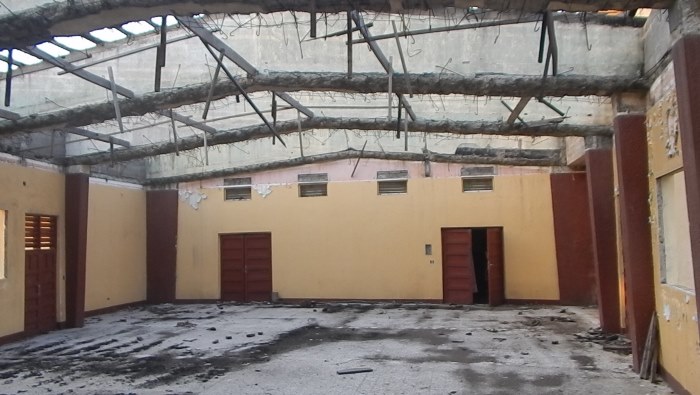 MONROVIA, Montserrado â€“ Police in Monrovia are currently interrogating Musa M. Kanneh, the manager of Kaha International Construction Company, for failing to renovate the Cape Palmas High School in Harper, Maryland after his company was awarded the contract.

Aagon Tingba, deputy minister for administration at the Ministry of Education, said the ministry invited the Liberia National Police on February 7, 2017, after efforts to have Kanneh explain a halt in construction did not materialize.

Tingba explained that the contract between the ministry and Kaha, worth US$94,400, took effect on February 9, 2016, and should have ended on August 9 of the same year.

â€œThe ministry has tried to prioritize Liberian contractors but unfortunately, some of them are not fair to the government,” he said.

According to Tingba, the payment was divided into two phases and the first installment of US$47,200 was provided to the company in April 2016 for roofing, plumbing, and other minor works on the building.

The company started the renovation but Tingba said during the process, Maryland authorities said because of the schoolâ€™s proximity to the ocean, more durable roofing was needed.

He said that after some work was done on the roof of the building, the companyâ€™s manager returned to Monrovia to revise the original contract to Onduline-branded roofing sheets.

Tingba said the company was now supposed to complete a certain percentage of the first phase before the ministry made available the balance of US$37,700.

He pointed out that the company did not initially complete the first phase of the contract and Kanneh demanded the second installment of US$37,700 since the county authorities wanted to change the roofing.

But Kanneh argues that the company was in the process of roofing the building based on the original budget of quantity when the change on the roofing material was made â€“ outside of the scope of his work or finance. The second installment was eventually approved by the ministry and sent to the Ministry of Finance and Development Planning, according to Tingba.

He said the renovation on the building did not resume after Kanneh received the second installment, even after the Finance Ministry confirmed paying the company on November 4, 2016. Consistent with a Bush Chicken observation at the site, Tingba said 10 percent of the buildingâ€™s roof has been destroyed by constant rain and Sun and its doors and windows looted.

That is a cost the government now has to bear. However, Tingba was intent on ensuring that the company be held accountable because he said the ministry respected its agreement and Kaha defaulted.

“MOE can no longer continue with the company because it has defaulted on the contract,” he said.

Gbleh-bo Brown, senator of Maryland, said he is disappointed because the temporary facility housing the students of the Cape Palmas High School is not conducive for learning.

“Resources, at the moment, is not the problem, but rather the credibility of the contractor,” he stressed.

He added that the government and county caucus are still committed to making sure that the oldest high school in the county is fully rehabilitated.

Though Brown said the county has not made any contributions to the schoolâ€™s renovation yet, he noted that if the various contracture stages between the ministry and company cannot be completed, the county would have to look within its own capacity to see what can be done.

“I hope that the stalemate between the MOE and contractor can be resolved to allow renovation works to continue on the school building,” Brown said.

Varfee Bility, the procurement director for the Kaha International Construction Company, told The Bush Chicken that the companyâ€™s general manager, Kanneh, was invited by Tingba for a meeting and while in the process of waiting, police officers pickedÂ him up for questioning.