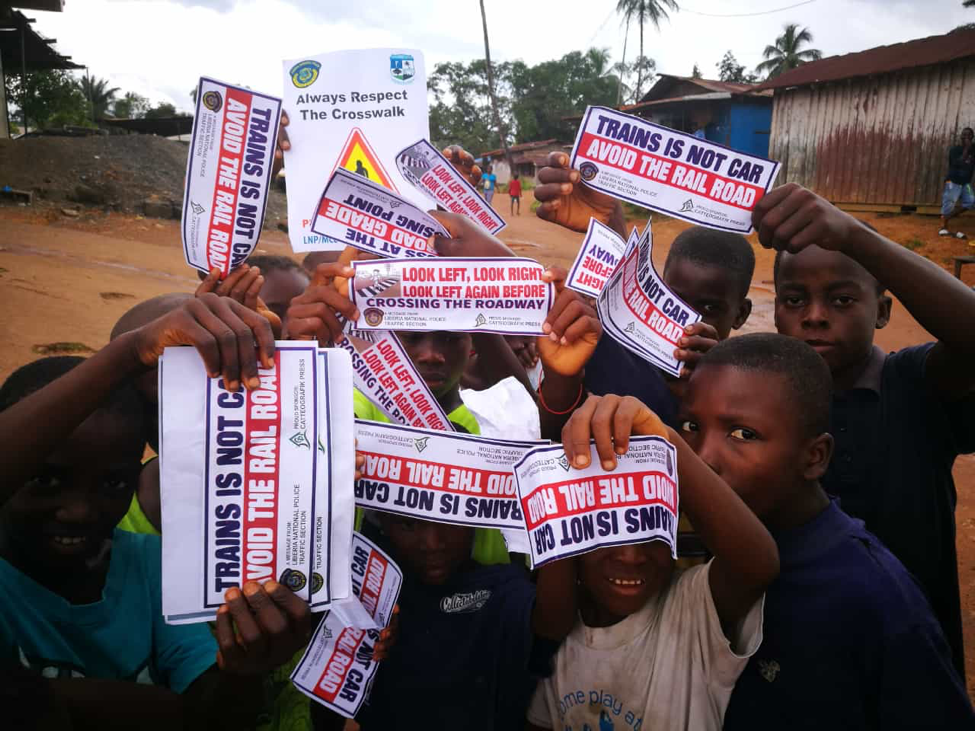 BUCHANAN, Grand Bassa â€“ The Liberia National Police has launched its second road safety campaign in Buchanan, coinciding with the release of 12 years of accident statistics. The accidents were recorded from 2007 to April 2018.

The launch of the second road safety campaign took place over the weekend in Buchanan, with the support of ArcelorMittal, Global Bank, and SEGAL.

According to the policeâ€™s chief of traffic, Alphanso Bindah, there were 15,503 road accidents reported from the 15 counties, with Montserrado, Margibi, and Grand Bassa topping the list. He said 9,181 persons were injured, with Grand Bassa accounting for 825. Of the 1,747 persons who lost their lives nationwide, Grand Bassa also accounts for 147, making the county the third-ranked in accidents.

â€œWe as members of the LNP, we have the mantle of authority to protect lives and properties,â€ Bindah said. â€œWe have been proactive to spread the news of this growing epidemic into our society.â€

He said the road safety campaign was launched in Grand Bassa because the county had railroads, where two persons had been killed this year. The program started with a parade from the administrative building on Roberts Street through the main street of Buchanan to the city hall on the fairground. The safety campaign also incorporated members of civil society, including the executive director of Save Life Liberia, Vasco Masseh, who urged the involvement of all citizens in promoting road safety. He noted that Liberia had lost 7 percent of its GDP to accidents. Additionally, he said the country ranked second on the African continent, after Malawi, in terms of accident cases.

â€œIt is the citizens that can be brutal in executing and calling for justice,â€ he said. â€œWe should step up just as when we see rogues in our community we can report them to the police, if you are riding on a vehicle and [there are] two persons in the front, you have to resist it, there is no spare part for [a] life.â€

ArcelorMittalâ€™s government relations superintendent also spoke at the campaign launch, where he warned residents to stay off the rail tracks.

â€œWhat we noticed is that people come on the track in the evening to have fun and the track is not a place to have fun,â€ Gus Knowlden said.

The German development agency GIZ also had an advisor on transport at the program, Yana Tumakova, who said creating awareness on road safety is essential for reducing accident rates across the country.

She called for the Ministry of Education to promote road safety in schools, as she said teaching students about how to safely cross roads would ensure their safety. Tumakova noted that GIZ has been supporting road safety activities for some time now, including the Safe Streets Festival it held in Central Monrovia last year.

She also urged all citizens to use their seatbelts when in cars and helmets while traveling on a motorcycle.