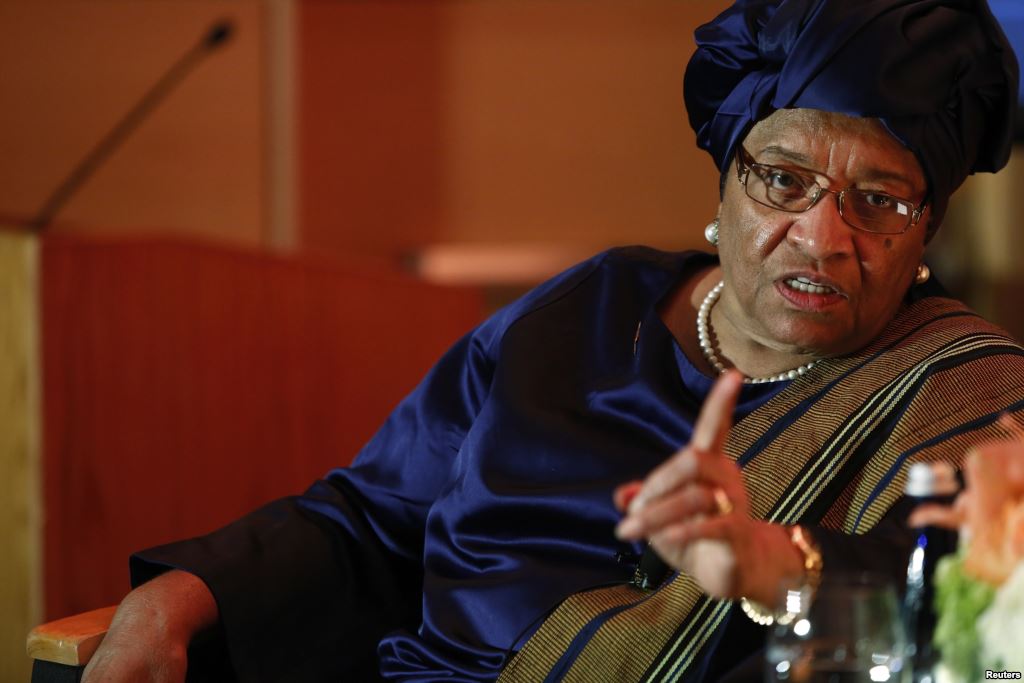 According to an Executive Mansion release, Sirleaf told Werner on Monday that his recent statement on social media was â€œunbecoming and inconsistent with his position as a senior official of government.â€

In a recent post on Facebook, the minister used crude language in response to a post. His post was met with strong reactions from the public, many of whom saw the commentary unbefitting a minister. According to the statement, Sirleaf indicated further that the ministerâ€™s social media statement undermines her recent special statement on vulgarity, abuse, and spread of hate messages by some Liberians during the elections period.

â€œThe president concluded by accordingly warning Minister George Werner and all other officials of government to stop such attitude and act in ways consistent with their status as public officials,â€ the release said.

The Liberian leader recently condemned in the strongest term the abuse and misuse of social media using invectives, hate speeches and outright vulgarities, which seek to denigrate adversaries with whom others supposedly might hold disagreement.

â€œIn light of the progress we have collectively made, I call on our fellow citizens to remain civil, responsible, and continue to be tolerant of diverging opinions and views that might not necessarily be favorable to ours,â€ she said.

Sirleaf said â€œresorting to profanities on social media contributes nothing to the national discourse, but only serves to taint our national and international image,â€ adding that it was an unacceptable way of politicking.

She encouraged citizens to continuously demonstrate their love for the country in their actions as they pat themselves on the back for peacefully voting in the October 10 polls.

â€œOur greatest task must focus on how we consolidate the democratic gains made over the last 12 years, by voting peacefully and nationalistically, respecting the law and keeping the peace for the greater good of our country,â€ she stressed.

Meanwhile, Werner has expressed regret for his choice of his expression and apologized to Vice President Joseph Boakai.

â€œIf the [vice president], whom I hold in high esteem, felt personally offended by this, I apologize to him for the linguistic indiscretion,â€ he wrote on Facebook.

Some members of the public have welcomed his regret and apologetic comments.

Liberia Broadcasting Systemâ€™s deputy director general for broadcast, Patrick Honnah, described the apology as a demonstration of guilt, and praised Werner for the courage.

â€œAs you said in one of your posts below, we can disagree, â€˜devoid of insultsâ€™! We are one people! Thanks again my minister!â€ he wrote.

Werner has a recent history of unfiltered postings on Facebook that have caused controversies, many of them seeming to support Sen. George Weah of the opposition Coalition for Democratic Change. The Liberian Senate had earlier passed a vote of no confidence in Wernerâ€™s leadership as minister of education for failing to apologize for an opinion recently expressed on social media.

Prior to a presidential debate organized by a group of media and civil society organizations, under the banner of Deepening Democracy Coalition, Werner made a post on Facebook, suggesting that debates were not a necessary factor for electing leaders.

He questioned the purpose of political debates, wondering who the debates were being organized to impact. He also questioned the evidence of a candidate being elected president in Liberia because he or she was a great debater.

â€œLet those who manage the candidates advise them to campaign to their strengths. Donâ€™t debate if it isnâ€™t your strength,â€ he wrote.

He said there are other ways for people aspiring to become leaders can articulate their platforms or vision, rather than in political debates, adding, â€œDa book talk weâ€™ll eat?â€

He argued that the debates could be a way for elites to show how educated and knowledgeable they are.