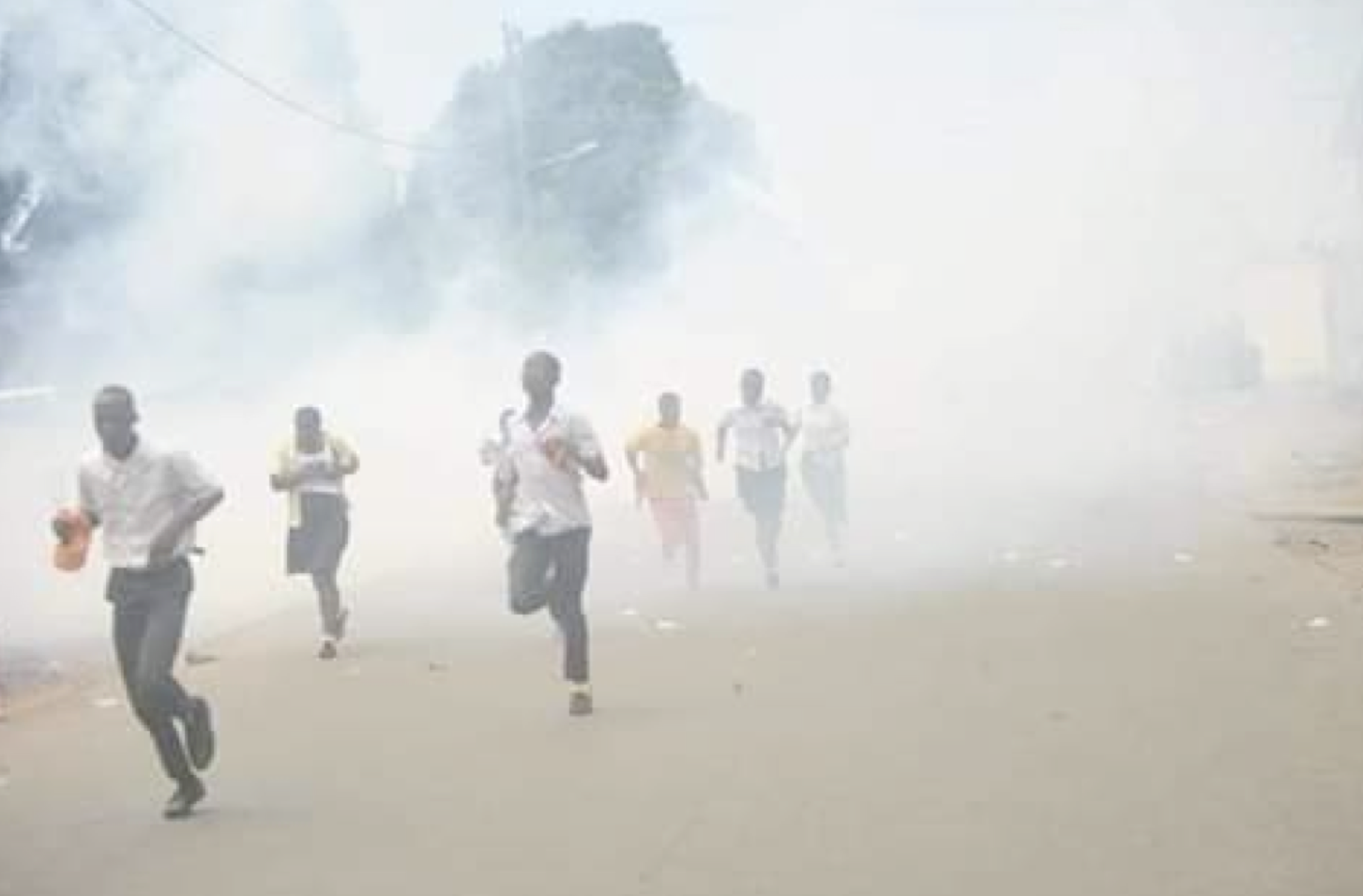 For democracy to thrive in Liberia, the Liberian government must proactively engage in the provision of quality public education and other gender-responsive public services as critical components of its push to reduce inequalities and uplift Liberians out of poverty. The stateâ€™s response to the Monrovia Consolidation School System studentsâ€™ October 15 protest will fuel tensions that will threaten the very stateâ€™s commitment to sustain peace.

Today, we witnessed protests staged by students from public schools end up violent, with reported injuries sustained. We strongly condemn all acts of violence demonstrated during the protests and subsequent engagement with the police. While we do not condone acts of violence in civic engagement and we recognize that the police and other state functionaries have a duty to maintain peace and order, the disproportionate use of force on primary and high school students is inappropriate in stateâ€™s response to citizensâ€™ demands for actions.

We trust that those injured have received proper and immediate medical attention and that the government will move to address the demands around compensation for instructors and engage with reviewing the capacity, standards, and protocols for the police for its response to protests, including strengthening public engagement.

These events are increasingly symptomatic of the breakdown of the social contract between the government in its obligation as the duty bearer to fulfil peopleâ€™s socio-economic and political rights. To sustain peace, the Liberian government must recognize its obligation to uphold peopleâ€™s rights to education as enshrined in the Education Law with regards to free and compulsory primary education and Pillar One (Power to the People) of its own Pro-Poor Agenda for Transformation (PAPD).

While all stakeholders appreciate the governmentâ€™s budgetary constraints, financing public services such as education and healthcare should remain a top priority if Liberia is to maintain the development trajectory projected at 4.7 percent (real GDP) by the African Development Bank.

Compensation of aggrieved teachers can address immediate demands to enable students to return to schools, however continually shrinking public investments and the austerity measures proposed by the International Monetary Fund will negatively impact the governmentâ€™s ability to uphold its social contract with citizens. The government must recognize that the current poor status of the education system in Liberia is anchored to past, proposed and ongoing economic policies and frameworks.

This extends beyond salary harmonization to the expansion of the controversial Partnership Schools for Liberia program by Ministry of Education, now rebranded as the Liberia Education Advancement Program despite legitimate evidence and concerns over its performance, impact and sustainability and structural reforms that ensure that students have access to adequate instructors who are duly capacitated, remunerated and supported.

The current austerity measures being touted by the International Monetary Fund and the government are not fail-safe, and at the end of the day, people in most need are experiencing negative consequences of these measures. At the end of these measures are young men, women, and children who rely on these very services (education, health, etc.) to be able to realize their full potential as citizens. International Monetary Fund recommendations devoid of the stateâ€™s investment in the public sector will continue to fuel political tensions and lead to more civil unrest and instability.

We are calling on the government to recognize that education improves the degree of citizensâ€™ participation in affairs concerning their country. Moreover, young people, as seen today, are at the core of our ability to secure peace in Liberia. Their frustration around issues of access to quality education and high employment coupled with perceptions of exclusion contribute to young people seeking various means to express their dissatisfaction.

The reported excessive use of force on students will further stigmatize young peopleâ€™s ability and right to assemble to voice concerns and make demands on socio-economic issues that affect them. No citizen of Liberia should have to protest for the right to learn, to be taught, and or to take a test. No student should have to go to school and wonder if a teacher will show up in class.

President George M. Weah came to power on a wave of popular sentiment demanding change. One of these changes is the Liberian education system and how many Liberian children will have access to quality public education and the opportunity to a better life. Increased public financing (at minimum 20 percent) is therefore critical to begin to address the under-resourcing of the public school system, provide long term relief to the sector and students, promote inclusive development and sustain the fragile and critical peace for all Liberians.

This press release was paid for by ActionAid Liberia

9 hours ago by Sampson David