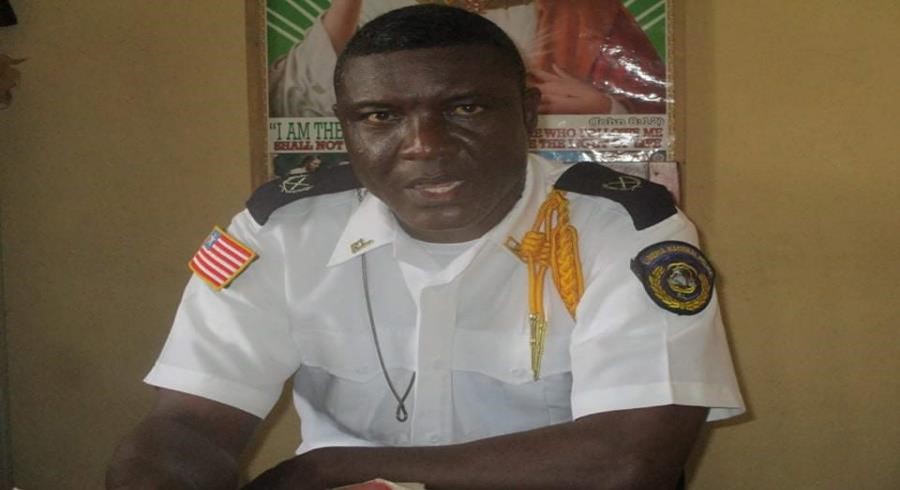 MONROVIA, Montserrado – A police commander in Maryland suspended after he was accused of flogging a female officer at the Harper headquarters has been demoted, the Liberia National Police has announced.

The decision to demote Col. Jacob Cummeh came after the police’s own Professional Standards Division concluded an investigation that found him guilty of beating Sgt. Rebecca N. Nimely.

Because Cummeh held a senior rank to all county officers, he and Nimely were recalled to Monrovia to ensure a more impartial inquiry by the Professional Standards Division, which investigates ethical breaches by officers.

Police spokesman Moses Carter told journalists in Monrovia that Cummeh had been permanently relieved of his position as general commander of Maryland for his failure to apply maximum restraint and effective supervision. Carter also called Cummeh’s behavior “unbecoming of a senior police officer.”

Cummeh will be suspended for three months off the job. He will also receive unspecified salary deductions, and upon completing his suspension, he will be sent to the Liberia National Police Training Academy.

Meanwhile, Carter disclosed that Nimely had been transferred from Harper to Pleebo.

“We are interested in her well-being, and we want to make sure that whatever environment she works in, she will be given the space to operate as a Women and Children Protection Section officer of the Liberia National Police to enforce the law,” he said.

He assured the public that the police would not shield any officers’ misconduct.

“Officers that want to damage the good image of the police, the necessary disciplinary actions will be taken against them,” Carter said. “Our leadership, headed by Patrick Sudue as inspector general, will not sit and allow any officer or group of officers to undermine their gains.”

While Cummeh has refused to speak to the media, Nimely spoke via phone with The Bush Chicken from Harper, where she welcomed the decision. She hoped the suspension, salary deduction, demotion, and retraining of Cummeh would deter other senior police officers who may want to mistreat junior officers.

“What makes me happy is the fact that he will not come to Maryland to work as an officer,” she said. “We are tired with his behavior – that man was always sending officers home for days and weeks.” She further noted that attempts to complain about Cummeh’s behavior to the Professional Standards Division had been met with threats.

Nimely also appreciated the police for accepting her request for a transfer from Harper to Pleebo.

The county’s police force is temporarily being commanded by an administrative assistant officer, Layee Massalay, while a search for new leadership is ongoing.