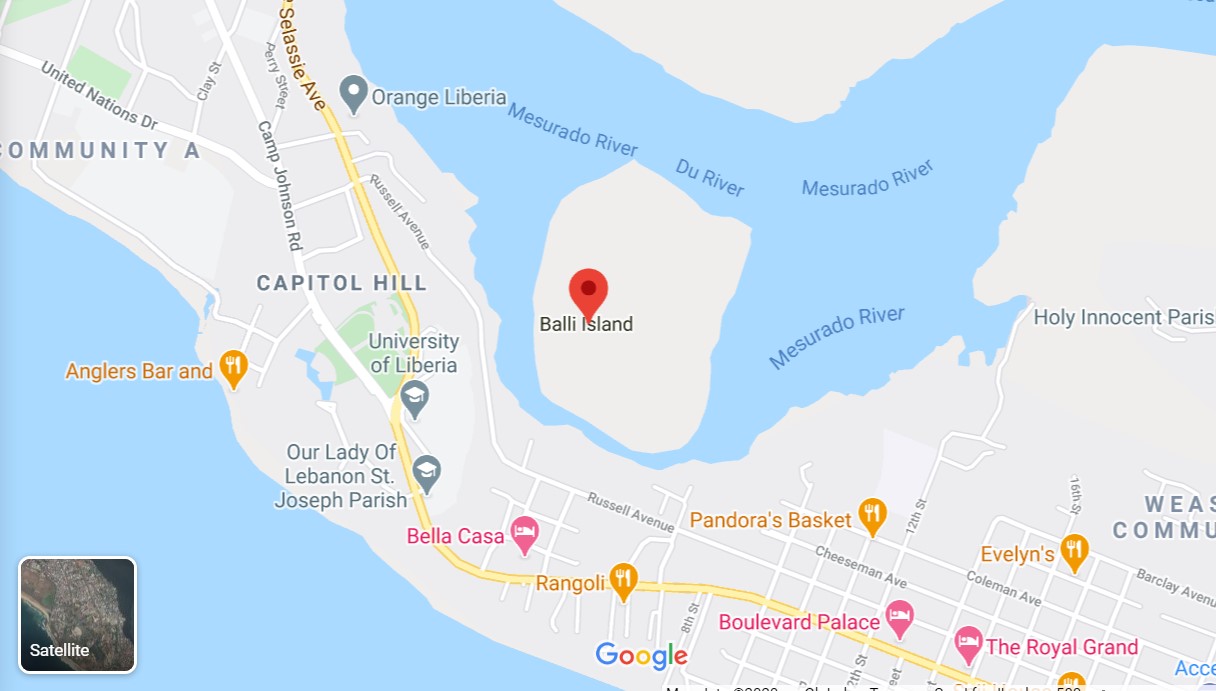 MONROVIA, Montserrado – The Ministry of Public Works has put out a notice requesting proposals for the construction of a 3.5 km road to Bali Island.

In March 2018, President George Weah had informed journalists during a tour of the island that he intended to transform the landmass into a ‘new Monrovia,’ commencing with the construction of a state-of-the-art International Conference Center and other standardized structures like skyscrapers, office buildings, shopping malls, banks, insurance companies, night clubs, with beautiful lights and magnificent colors flourishing there.

“While coming up as a child; growing up in Clara Town, on Bushrod Island; playing just across the shores of the Stockton Creek; I often looked into the direction of the Bali Island, viewed an undeveloped tourist attraction,” President Weah recounted. “From here, I began to see a new city of Monrovia emerging from the ashes of the Old City of Monrovia.”

Weah’s government had further announced that the Indian government had agreed to fund the development of Bali Island, which currently has no access routes – visitors to the island can only get there by boat.

The president’s push to develop the island was met with resistance from environmentalists. The Daily Observer reported that the Liberia Center for Environmental Education and Research urged the president to rescind his decision to transform the Bali Island into a city, citing Liberia’s status as a signatory to the Convention on Wetlands. The treaty provided for the conservation of wetlands such as what Bali Island is composed of.

Regardless, in the same year, the Ministry of Public Works went ahead to request the Environmental Protection Agency to issue an environmental certificate that would allow the project to proceed.

The Public Works Ministry said the procurement would be conducted through an international and competitive procurement process that would abide by the Public Procurement and Concessions Act.

Eligible proposers must register their interest and submit their proposals by October 12, 2020.