BUCHANAN, Grand Bassa â€“ After an intensive three-day dialogue, Sinoe and River Cess have signed a resolution aimed at settling a longstanding border land dispute between the two counties.

The discussions between the two counties took place in Buchanan and it was signed on August 21, 2019.

Organized by the Ministry of Internal Affairsâ€™ Peace Building Office, the dialogue featured members of both countiesâ€™ legislative causes, superintendents, and representatives from different sectors of society including the youth, women, elders, chiefs, and traditional leaders. The meeting was also supported by the Liberia Institute for Statistics and Geo-Information Services and the Liberia Land Authority, with funding from the United Nations Development Programme.

During the course of the heated dialogue, representatives of the two counties presented their justifications for ownership of the parcel of land being contested.

Sinoeâ€™s Superintendent Lee Nagbe Chea said the boundary between River Cess and Sinoe is the middle of the Cestos River and not the Sanguine River, residents of River Cess have claimed.

â€œOur intention is not to take River Cess citizens who reside there from the land, but to know who owns the area so we can bring this land conflict to rest,â€ Chea added.

Sinoeâ€™s Senator Milton Teahjay agreed with Chea, adding that Sinoeans have been paying tax for the piece of land to the government, therefore they should have their land.

â€œIf the act that created the territory says the area is for River Cess, we will walk away in agreement and the argument will end,â€ he added.

Former River Cess superintendent Wellington Geevon Smith, said the boundary between Grand Bassa and Sinoe â€“ as two of the three original counties of Liberia â€“ is the Sanguine River, and not the Cestos River, as being insinuated by authorities of Sinoe.

â€œWhat we cannot accept is that what Sinoe did not take from Grand Bassa, they cannot take it from us now,â€ he added.

Authorities of the two counties blamed past governments for only carrying out an aerial survey and not conducting an on-the-ground survey in the contested area, which is located within Yarnee Statutory District. With its virgin forests and several gold mines, it holds significant commercial value for whichever county can claim the territory. The International Timber Industry once operated in the disputed area.

The land dispute between the two counties has reportedly been ongoing since 1962 and was reactivated on January 25, 2010 with a letter from River Cessâ€™ former superintendent, Wellington Geevon Smith, complaining to the central government that Sinoeâ€™s then-superintendent Milton Teahjay, who is currently a senator for Sinoe, was causing commotion when he ordered a police checkpoint in the area to be removed because he concluded that it was a part of Sinoe.

As a result, former President Ellen Johnson Sirleaf established an inter-ministerial committee with members from key government institutions. The purpose was to calm the tension that had ensued as a result of Teahjayâ€™s action.

The committee reported that the act creating River Cess inferred that the disputed area was within the territorial confines of River Cess.

However, Sinoeâ€™s officials did not accept the committeeâ€™s report at the time, allowing the conflict to continue. 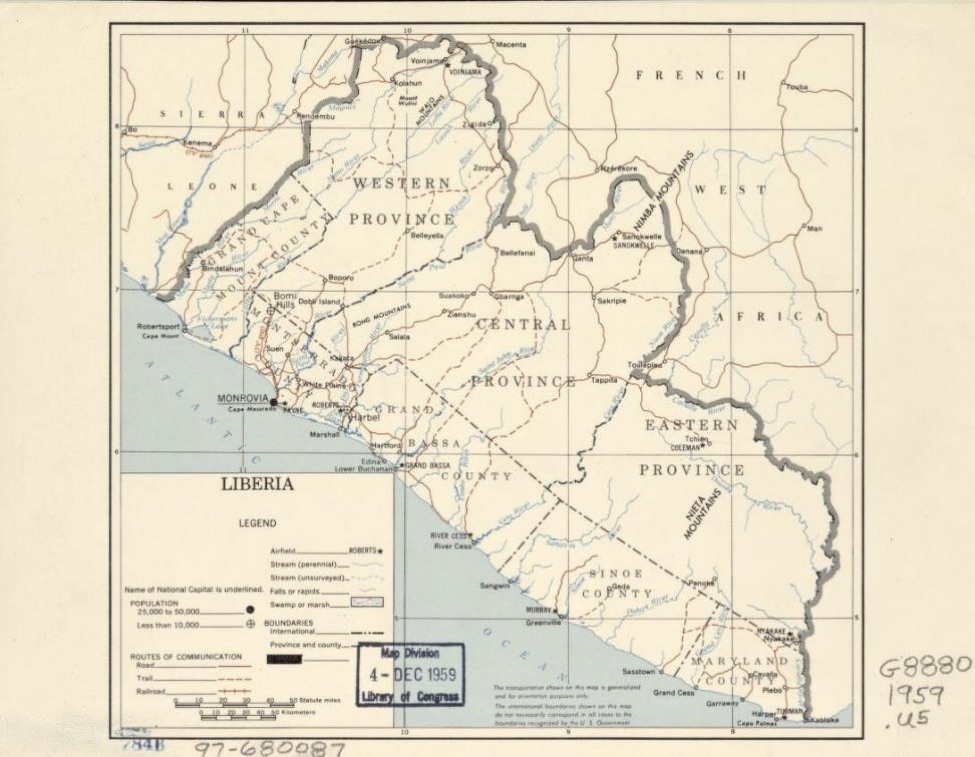 In the recent resolution agreed upon in Buchanan, citizens of Sinoe and River Cess accepted that a 1962 map along with the law creating River Cess and a Tubman Committee report would serve as the basis for the resolution of the conflict.

The resolution states that within three weeks, leaders from both counties will brief President George Weah about the status of the land dispute.

Moreover, within two months following the audience with the president, a technical team will be sent on the ground to properly survey the area.

Internal Affairs Minister Varney Sirleaf thanked the two counties for their cooperation in attempting to settle the border dispute.

He said if completed, the process will restore the broken relationships and improve peaceful co-existence between citizens of the two counties. Sirleaf called on the two counties to remain committed to the process by accepting the outcome regardless of which county benefits more.

Women leaders from both counties thanked the Ministry of Internal Affairs for its intervention and promised to respect the outcome of the process.