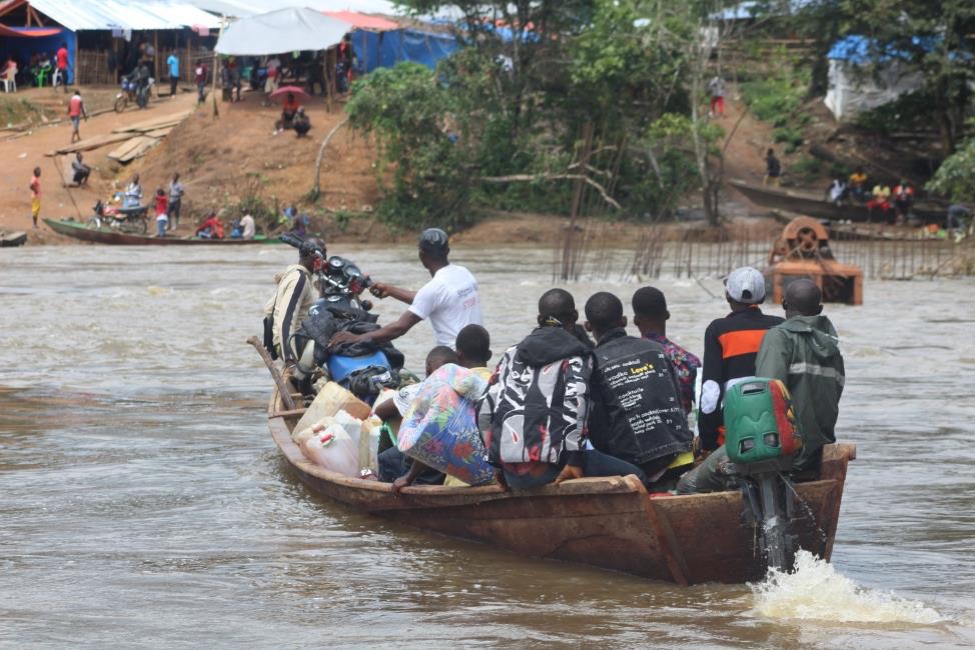 GOU NWOLAILA, Gbarpolu â€“ The collapse of a major bridge that runs across the Tuma River in Gbarpolu is making life difficult for residents of the many towns and villages connected by the bridge.

The bridge was the only crossing point for residents and connects two administrative districts in the county. According to residents, it collapsed over six months ago while earthmoving equipment crossed to rehabilitate the damaged road initiated by Senator Armah Jallah.

Now, commuters crossing the river risk their lives by sitting in canoes overcrowded with goods and people, without wearing lifejackets. The canoes operating across the river are owned and operated by Ghanians who had come to the county to mine gold.

Because the road has become impassable for vehicles, fares have also increased dramatically for travelers, who must now pay three fares â€“ one to get to the waterfront, another to cross, and another to get to their final destination. Across the river, fares are now much higher because of the increased cost of transporting fuel and other commodities.

Kalifalia Kamara, a motorcyclist commuting passengers between Dorkorta and Bopolu told The Bush Chicken that the damage to the bridge is causing unbearable suffering for both the residents and motorcyclists on both sides of the river.

â€œCanoes used on the river are not safe and causing the loss of lives. Many people are afraid to cross the river with a canoe,â€ Kamara said in an interview.

He estimated that more than 300 passengers cross the Tuma River each day. 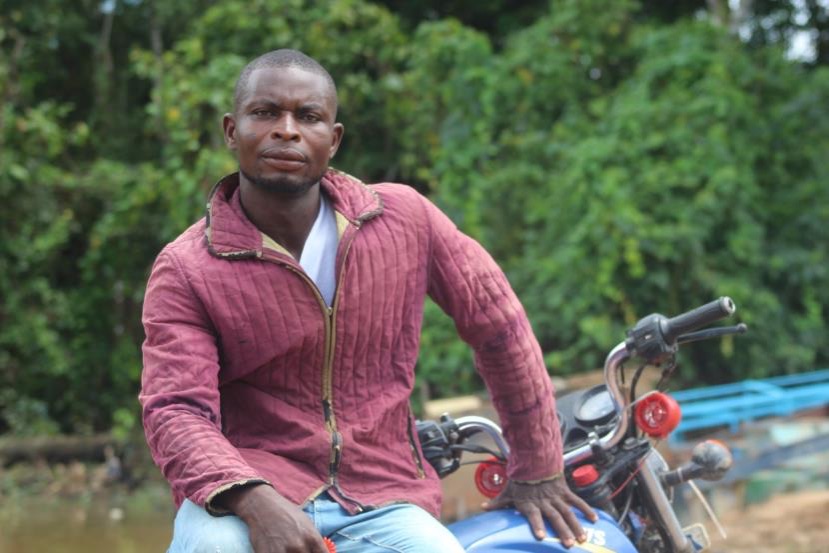 To cross the river, each passengers on a canoe is charged L$100 (US$0.47), according to Paul Kujoe, a conductor on one of the canoes over the Tuma River.

â€œThe fare cannot be reduced because of the increase in the price of petroleum products in the area,â€ Kujoe said. His canoe is powered by a motor that uses fuel.

In an already plunging economy, the bridgeâ€™s collapse is increasing the cost of living for residents. For many who cannot afford to travel, the situation has become even agonizing.

During a visit to the crossing point on one side of the river, The Bush Chicken found goods, such as gallons and drums of petroleum products waiting to be transported to Dorkorta and other parts of Gou Nwolaila district, on the opposite side of the river.

Darkortaâ€™s general town chief, Yallah Zinnah, explained that the bridge has been damaged since March 2019, and at least two persons have lost their lives from drowning into the river.

According to Zinnah, many of the residents are calling on their lawmakers, especially Senator Jallah, to rescue their situation.

â€œWe have no other means of surviving because of the damaged bridge,â€ he said.

Yassa Torkpa, a local businesswoman, said life for most residents in the area has become significantly more difficult because of the additional economic hardships posed to them by the damaged bridge.

Torkpa said business in the area is not the same as it was before. Â usual noting because of the astronomic increase in the cost of transportation.

Beyond the economic impact, Torkpa said the bridgeâ€™s collapse is affecting the health sector too. Some areas across the bridge have no clinic or health facility to cater to residents, she said, which makes it difficult for pregnant women trying to access medical care in Bopolu or Gbarnga, Bong.

When contacted to speak on the situation, Senator Jallah, who will be seeking reelection in the 2020 senatorial elections, called residents â€œungratefulâ€ for blaming him for the collapse of the bridge. He said the unfortunate incident only happened because he took the initiative to begin rehabilitating a 22-km road. He acknowledged that the earthmoving equipment contributed to the bridgeâ€™s collapse.

â€œI did not go to the area to dig gold, diamond, or cultivate farm, but to help them with road â€“ free of charge,â€ he said.

The senator, however, assured that the bridge would be replaced the upcoming dry season, which officially begins at the end of November.