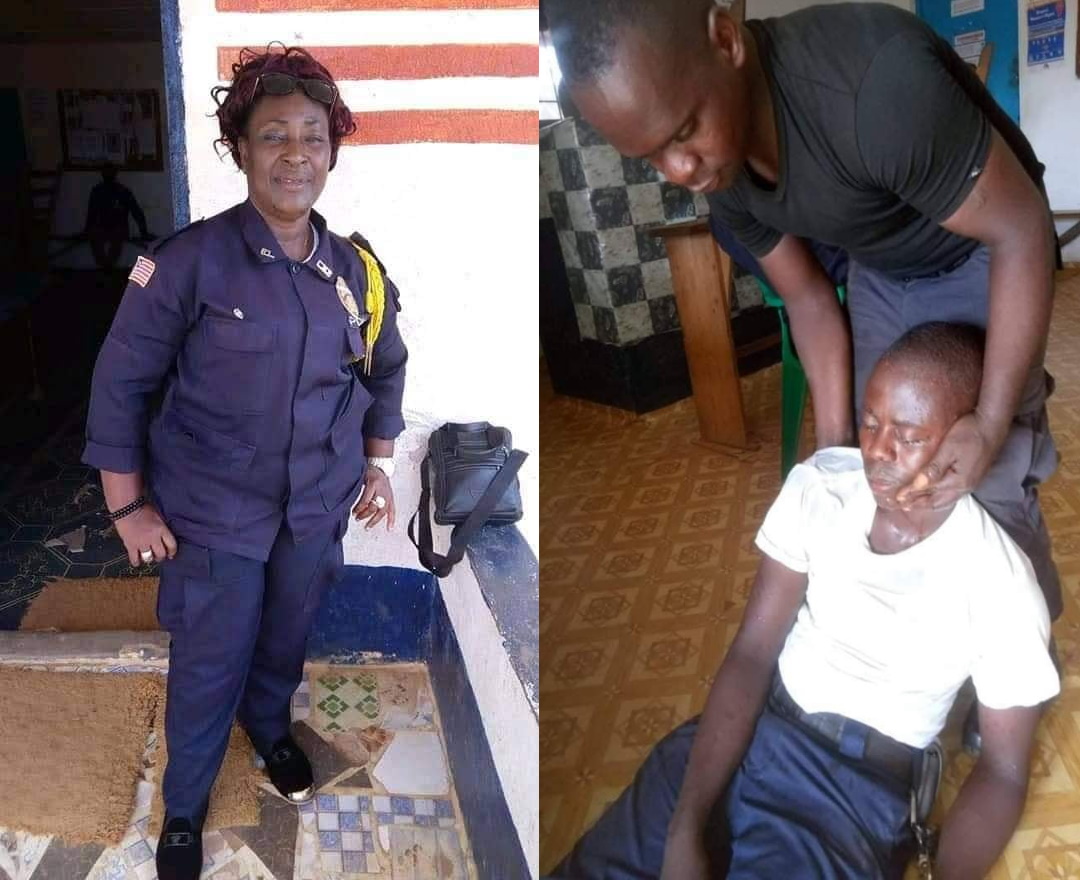 GREENVILLE, Sinoe – The assistant commissioner of police for Sinoe has been accused of physically assaulting one of her subordinate officers.

According to eyewitnesses who were at the Greenville police compound on Tuesday at approximately 4 p.m. when the event occurred, Officer Ansu Fofana was speaking with a commercial motorcyclist who was brought in for reckless driving. While Fofana discussed the case with the detained motorcyclist, Commissioner Douwue Goldoe asked that he stop the conversation and leave the station.

Fofana then asked his commander to be allowed to take his belongings with him and proceeded to walk toward his belongings. At this time, witnesses say Goldoe pushed Fofana from the back and began assaulting him. The blows led to his fainting, and he was rushed to the F.J. Grant Hospital, where he is currently receiving treatment.

When approached for comments, Goldoe denied the allegations but did not go into details. Instead, she reserved all comments while she was still undergoing investigation by her regional commander.

Meanwhile, some activists are calling on the Liberia National Police to intervene in this matter speedily. Politician Henry Dargbeh called for the commander to be investigated and face penalties if found responsible for assaulting her subordinate.

“This lady’s attitude is so unbecoming that it may cause serious riots or citizens unrests if a serious decision is not taken,” he said. “Her rebel attitude has no limit – just as she badly treats the citizens, it’s how she’s ill-treating her lieutenants.”

Dargbeh also recommended that larger divisions within the county’s police force be reconciled to avoid insecurity.

Meanwhile, there are concerns that if Goldoe was not dealt with immediately, it could cause an embarrassment for an upcoming visit by Pres. George Weah. There are rumors that some citizens plan on protesting to seek the assistant commissioner’s removal from the county during the president’s nationwide tour.

Over the past couple of weeks, security agencies have taken several high-profile actions against officers who have been accused of assaulting subordinates or members of the public. The Liberia National Police suspended the police commander for Maryland after he was accused of flogging a female officer at the Harper headquarters. A few days earlier, the Liberia Drug Enforcement Agency announced that it dismissed an officer captured on video choking a man and kneeling on his head while he and other officers attempted to arrest and handcuff the suspect.