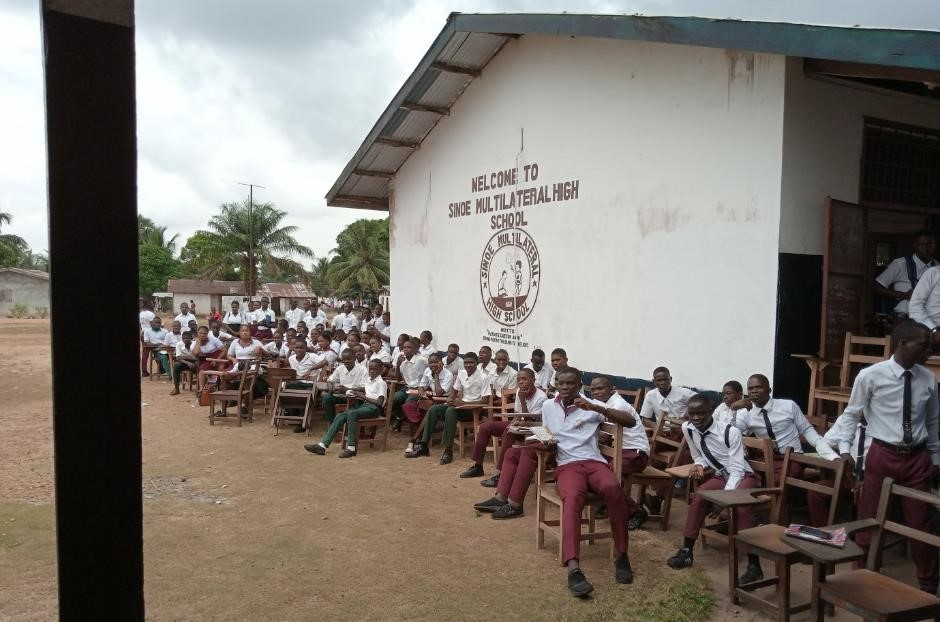 GREENVILLE, Sinoe – Ahead of the announced reopening of schools across the country, the Ministry of Education has conducted a major reshuffle within the Sinoe County School System that has affected several teachers and education officers.

Speaking in an exclusive interview with The Bush Chicken on Tuesday in Greenville, Alphonso Kanmoh, the current county education officer, said the move was meant to upgrade some institutions that have been underperforming academically, in addition to transferring staff who were responsible for “financial malpractices” at their previous institutions.

“I decided to reshuffle some of these guys following constant observation of financial malpractices at their previous institutions; something that is totally against the policy of the Ministry of Education – especially extorting money from the poor students,” Kanmoh said.

Sinoe’s top education official said the reshuffle was not meant to target any specific person or illegal, as was being speculated in the public: “The ministry is fully aware of this.” Kanmoh added that the reshuffle would improve the quality of schools in Sinoe.

Several teachers within the Sinoe County School System said the move came as a surprise to them, as there was no prior notice to allow them to prepare.

“I greatly regret the decision of T. Farley Wilson of Kpanyan School District and Edward Karmoh of Greenville School District, who have served and now meet retirement ages, and refusing to accept their respective letters of retirement,” he said.

However, Wilson says he never received any retirement letter from the county education officer. Moreover, he noted that decisions about retirement can only be made from the Ministry of Education’s headquarters in Monrovia, and not locally.

Sharing
Tags Alphonso Kanmoh, Ministry of Education
Contributions to The Bush Chicken are not tax deductible.