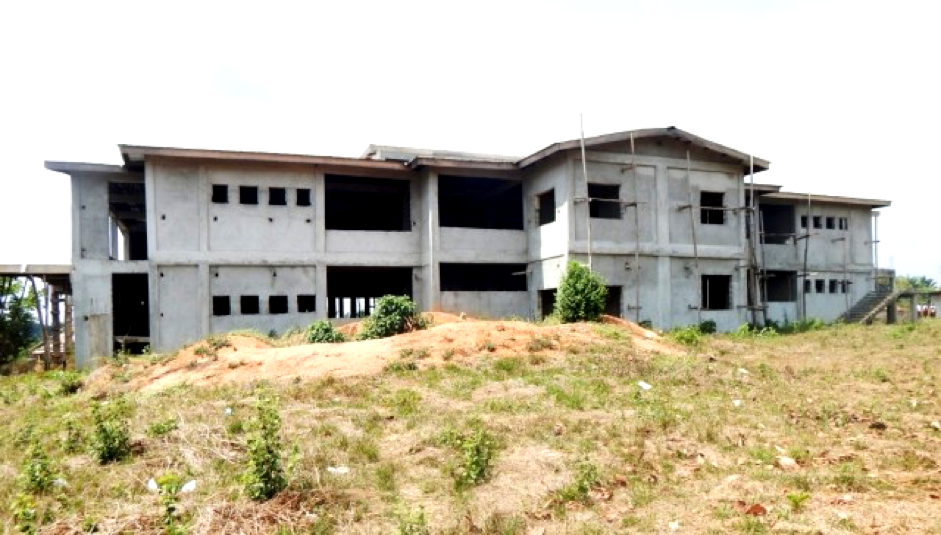 GANTA, Nimba â€“ A market project that is being implemented by the Sirleaf Market Women’s Fund continues to lie in ruins after neglect and damage from storms.

The market was expected to have been functional by June 2014, but it has suffered from several delays, with no information provided about its completion. The project, which was funded by U.N. Women, has been left untouched since March 2015.

The abandoned building, which cost over US$500,000 and includes plans for a playground, school, and clinic, is now becoming a home for criminals, in addition to serving as a latrine to some members of the community.

A resident of Ganta, Zekeh Dahn, expressed frustration at the delays with the project: â€œSince 2012, President [Ellen Johnson] Sirleaf promised the women of Nimba, particularly Ganta, a market building. This building is yet to be seen.”

In January 2016, Gantaâ€™s former mayor, Benjamin S. Dokpa Sr., explained that the delay in the project was due to the project managers leaving the country for vacation in the U.S.

â€œI spoke to Mr. Sekou Konneh, who was once the head of the Sirleaf Market Womenâ€™s Fund, and he told me the reason that the market project has come to a standstill is because those who are heads of the project have all left the country and are in America on vacations,â€ Dokpa said.Â The mayorÂ expressed concernÂ that project leaders may be wasting government resources.

However, in an interview in late 2016, Rep. Jeremiah Koung of Nimbaâ€™s first district said the project was abandoned because of a lack of funds.

“What Iâ€™m gathering from the project management team is that they had run out of funding and were now in search for other sources of funding,” Koung said.

Both Koung and Dokpa tried to sort out a way forward. In early 2017, Koung told journalists that he was working to come up with a â€œfair estimateâ€ to present to the former president to complete the building.

“So, I will be working with the mayor to see how we can come up with this,” he said.

Koung did not report on the outcome of this arrangement with Sirleaf and her second term came to an end on January 22, 2018.