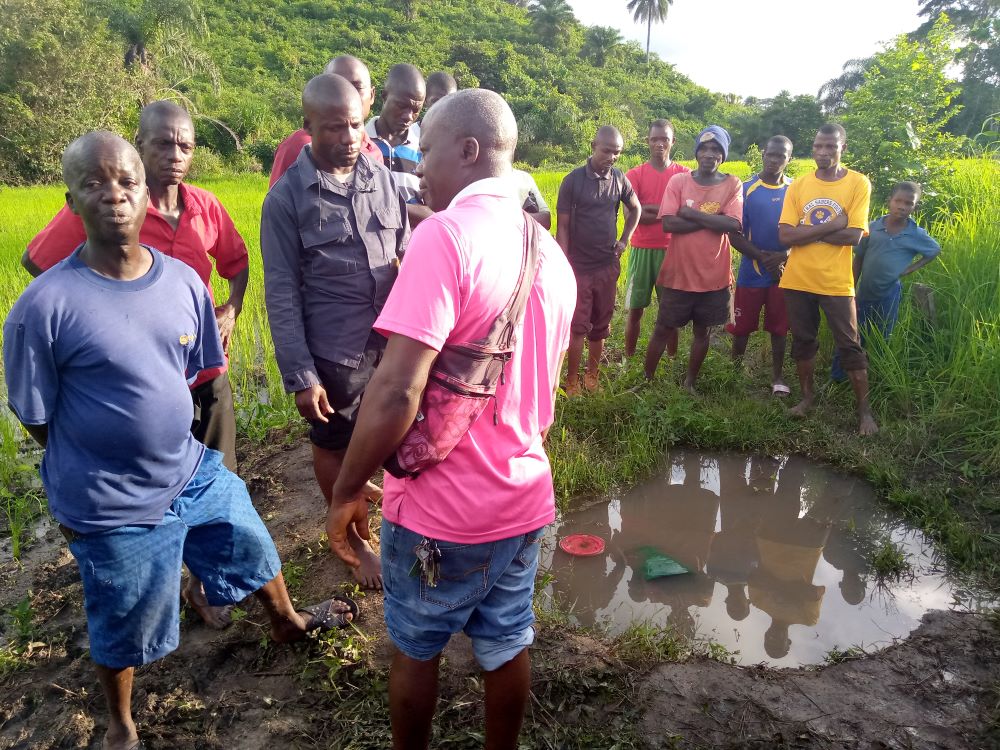 VOINJAMA, Lofa – A two-year-old toddler has died in an open well after he was left unattended near a rice paddy in Voinjama.

Abu Kamara drowned in the open well on August 3 at approximately 4:00 p.m. after his mother, Taywah Kamara, left him with four other children at the swamp kitchen where they had gone to tend to their swamp rice farm.

Nine-year-old Siah Lovena, who was among the four children left at the kitchen, said she was playing with the other three at the back of the kitchen when Abu Kamara went missing for about an hour. When she became concerned and decided to check the well, she realized the tragedy.

“I shockingly saw Abu Kamara laying on top of water and immediately pulled him out of the well,” Lovena said. The 4-feet well was 40 feet away from the kitchen.

She said she then told her seven-year-old friend James Darwolo to inform their parents.

“And when our parents came at the well and saw Abu laying where I placed him, everyone now started crying as Abu Kamara could no longer breath or talk,” she added.

Cecelia Saah, an adult who was also working in the swamp rice fields that day, said she and other farmers were alerted to the tragedy after one of the children ran over to them, crying.

“We left the swamp and just to come and see that our sister’s little son was dead as a result of drowning,” she said.

The community’s assistant quarter chief, Joseph Lendo, said he immediately contacted police investigators from Voinjama when he found out about the incident.

The deputy commander for Lofa, Stephen T. Yarwol, arrived on the scene and set up a 15-person coroner’s jury headed by the Voinjama’s district health officer, David K. Sumo, to examine the corpse. The jury found that there was no foul play and Yarwol later turned over the body to the family of the deceased for burial.