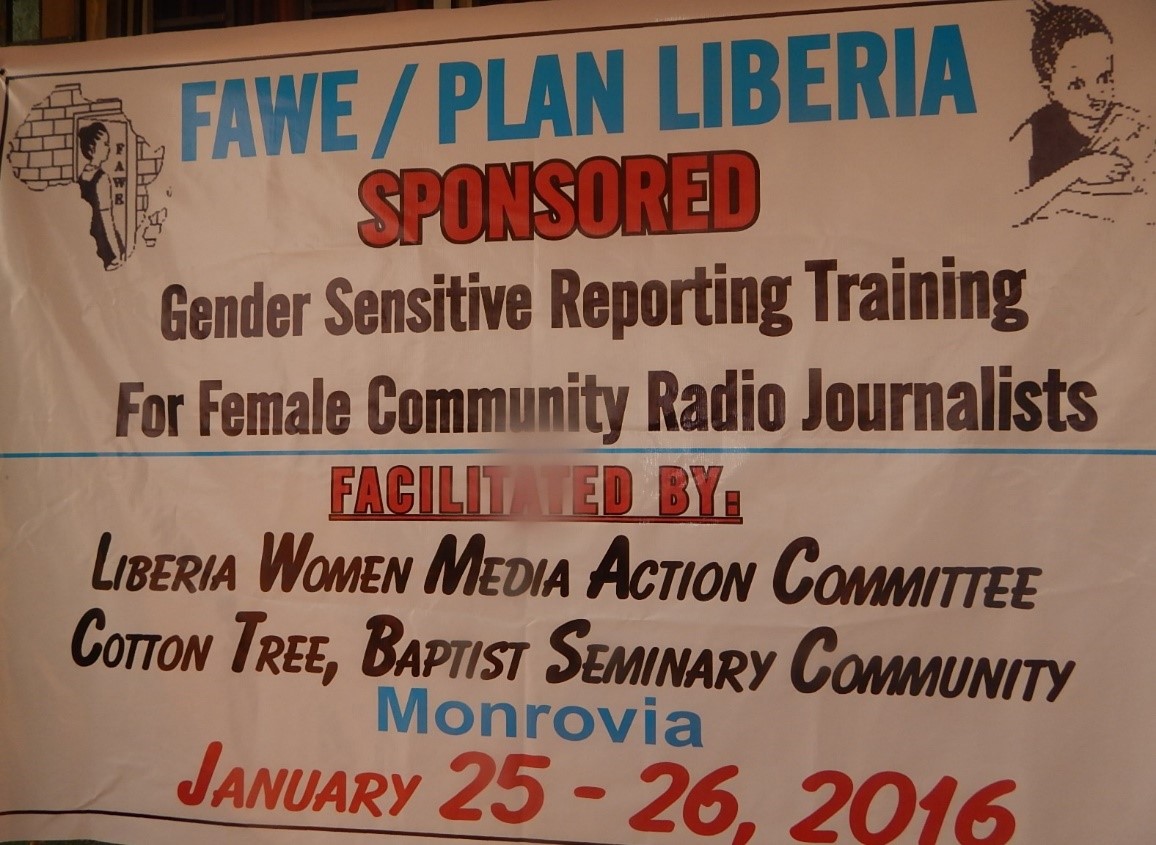 PAYNESVILLE, Montserrado â€“ A two-day training for female community radio journalists on gender sensitive reporting has ended at the head office of the Liberia Women Media Action Committee, or LIWOMAC.

LIWOMAC facilitated the training, which was sponsored by the Forum for African Women Educationalists, or FAWE, and Plan International Liberia. The training took place in the Baptist Seminary community on Robertsfield Highway.

Speaking during the opening of the workshop, LIWOMAC Administrative and Broadcast Coordinator Varnetta Johnson Freeman challenged participants to acquire new skills that will help them better their performances at their various media institutions.

She said the training would provide new insights on how the journalists can improve their content on gender issues.

â€œWe urge you to take this training seriously and use the new knowledge to improve your efficiency at your assigned institutions,â€ she said.

Meanwhile, the National Coordinator for FAWE-Liberia, Winifred De Line, has stressed the importance of increasing media coverage of gender issues in the country.

De Line said the media was an essential partner in the eradication of gender-based violence and promotion of issues of gender development.

She hailed her organizationâ€™s partnership with LIWOMAC and Plan Liberia and challenged participants of the workshop to be gender ambassadors in the media.

The participants thanked the organizers and sponsors of the training and promised to include women issues in their reportage.