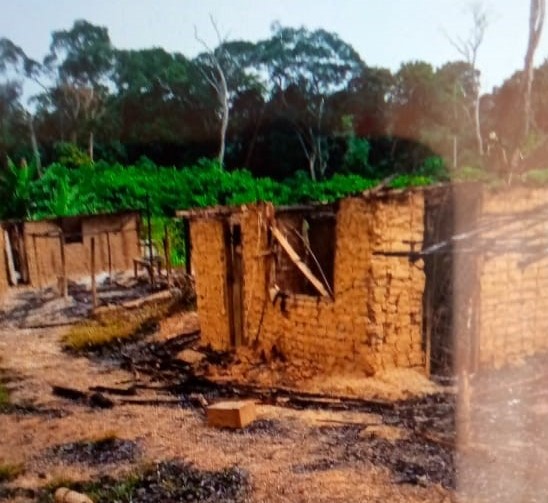 JAY VILLAGE, River Cess – A long-standing dispute over land that is the focus of mining and forestry interests erupted into violence early Friday morning, leaving two men shot and the village of Jay in Central C Administrative District burned.

Glanyon is said to be in a critical condition because he was shot in the chest while Daniel suffered minor injuries on his arm, according to Abraham Barkay, the commissioner of Central River Cess District. They were allegedly shot by Daniel Jay Karr of Jay Village. Police said Karr was arrested in possession of a single-barrel gun and is currently in police custody. No one has yet been arrested over the burning of the village.

“When we got there [Jay Village], there were still three huts that were not burnt,” Assistant Commissioner Police Fasu Sherief, Commander of River Cess Police, told The Bush Chicken in a telephone conversation. “So we went to [the neighboring] James Kartoe Village and met with the people in a 20-minute meeting. On our way back, the remaining three huts were on fire.”

Jay Village and its surroundings have been declared a “no-go zone” as the police investigation continues.

The parcel of land in question is situated in the west of Neezwein across the Doe River. The area has been occupied by James Kartoe, a member of Toboe Clan, but the people of Dowein Clan also claim ownership of the area.

An unnamed company has expressed interest in multiple investments—such as gold mining, wood processing, and agriculture—in the disputed area, according to Bismark Karbiah, the superintendent of River Cess. The prospect of riches from the disputed land pitted the two clans against each other.

“James Kartoe Village and Jay Village are in Toboe and not in Dowein as [the Dowein Clan] are claiming,” Karbiah said. “There is a creek that is the boundary between the two clans, and these two villages are on the Tobo side of the creek.”

But this assertion was disputed by Commissioner Barkay, who said he has a document that proves the land belongs to Dowein Clan. Barkay claimed the civil society organization Sustainable Development Institute facilitated the demarcating of the area and representatives of both clans are signatories to the document. The Bush Chicken has not seen this document.

Tensions escalated when the dispute was forwarded to the 14th Judicial Circuit Court in Cestos City in August 2020. During the opening of the November term of court, both clans were informed by the court that the matter was now before the Liberia Land Authority. While the two clans awaited a ruling from the LLA, Dowein Clan heard that Toboe Clan was allegedly on the verge of signing an agreement with the unidentified company. 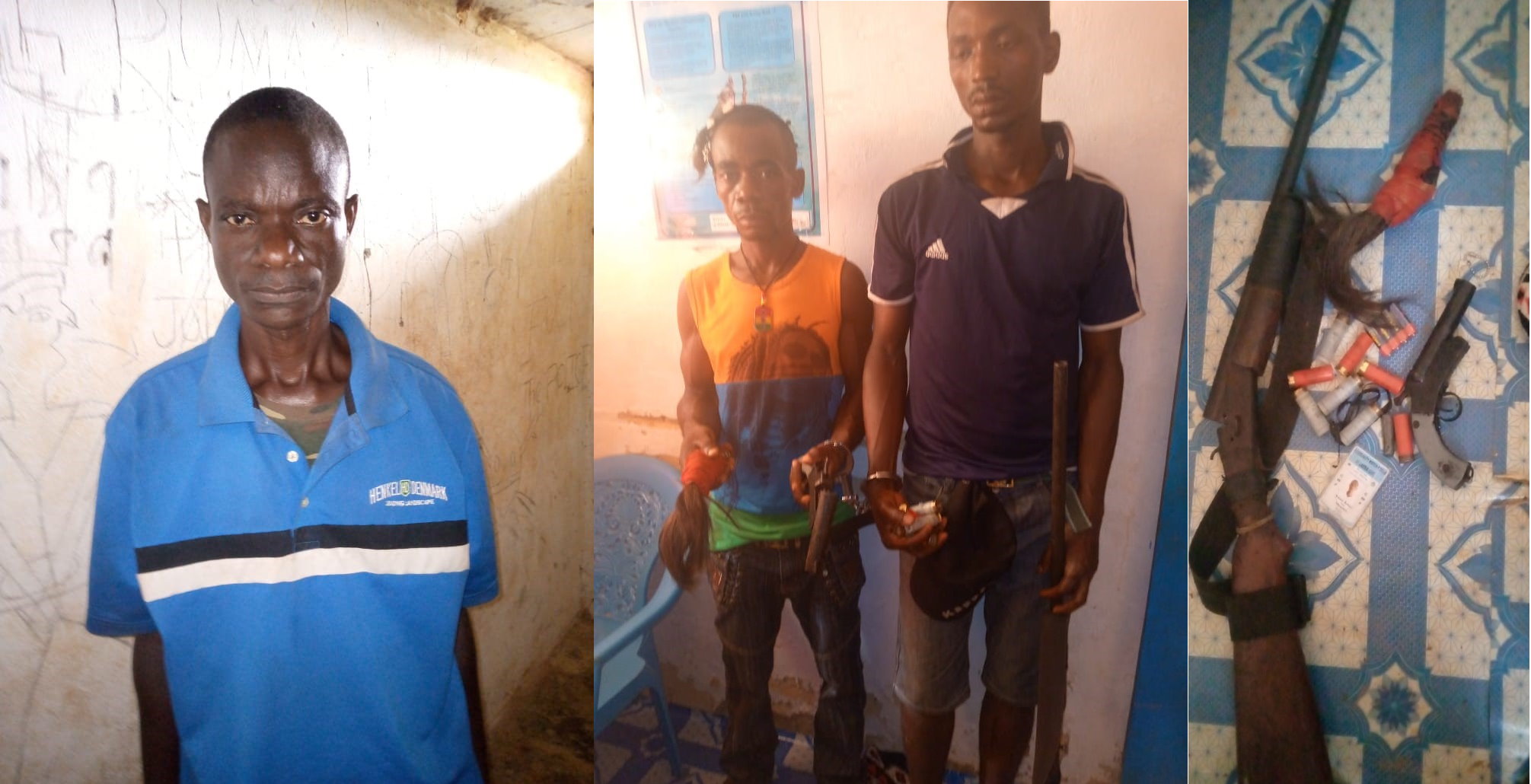 L-R Daniel Karr, the suspect in the shooting; Garmondyu Togo and Amos Jettee, who were arrested with single-barrel guns; and the two firearms police seized from them. The Bush Chicken/River Cess Police.

County officials claimed they do not know the company’s name. Karbiah said he instructed that it makes available the contract documents for viewing by the office of the superintendent before proceeding with any signing ceremony.

However, Isaac Williams, the county’s information officer, said he was “shocked” when he heard that Karbiah is claiming that he does not know the name of the company.

Residents of Dowein Clan attacked the village in an attempt to obstruct the signing ceremony, which was scheduled for early Friday morning. They blockaded the road from Old Pa Village to the Doe River, which is considered the boundary between both clans.

Barkay called on the LLA to make a quick decision on the land ownership to avoid future tension between the clans.

This story was a collaboration with New Narratives as part of the Excellence in Extractives Reporting Project. German Development Cooperation provided funding. The funder had no say in the story’s content.