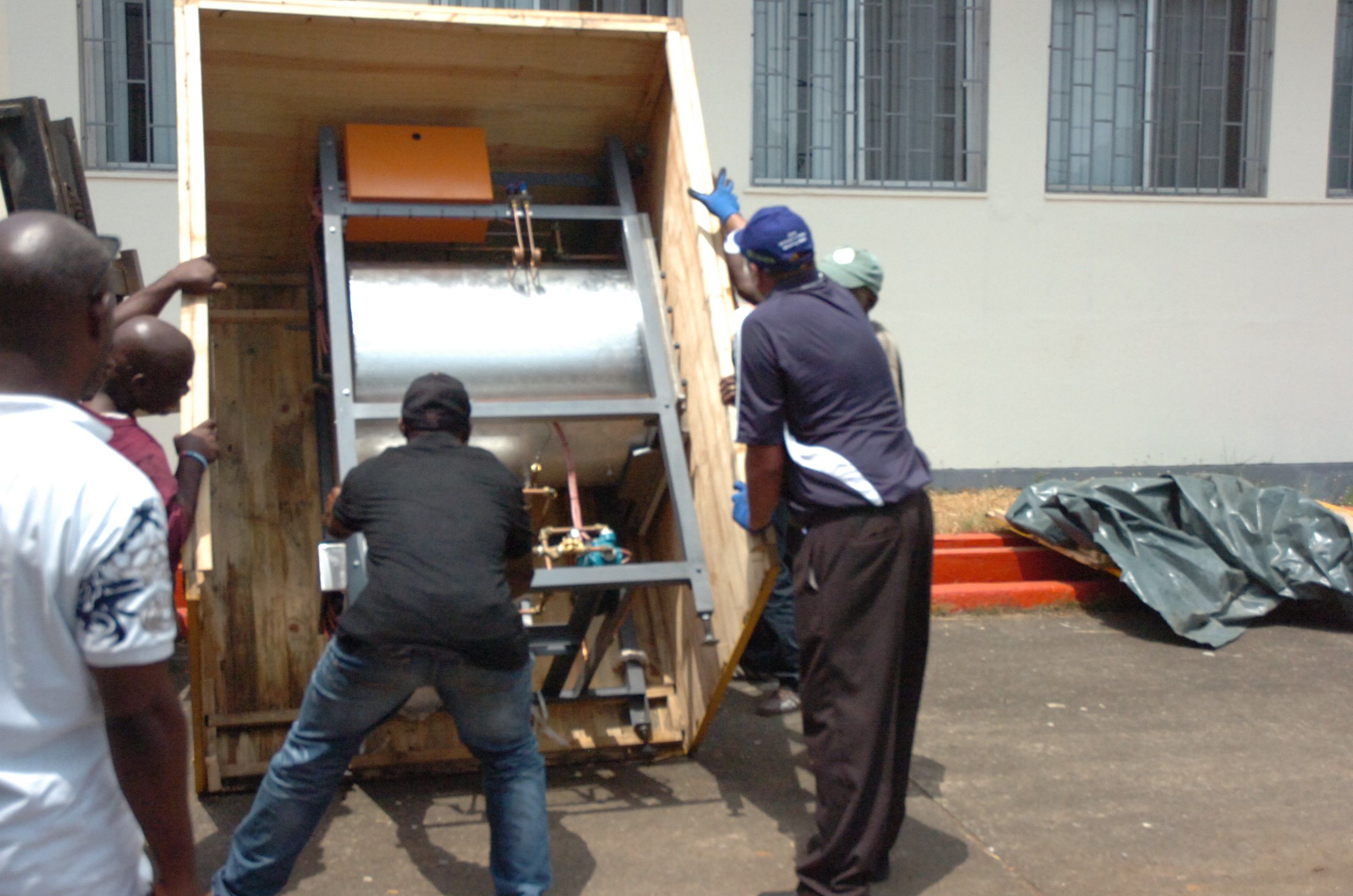 MONROVIA, Liberia – The Government of Liberia, with support from the United Nations Development Programme, has begun installing equipment to sterilize and manage medical waste at various hospitals in the country.

The autoclaves, each valued at $35,000 USD, will be used at various health facilities in Liberia for the sterilization and proper management of medical waste.

The installation of the autoclaves commenced as a pilot project at two government-run medical facilities, John F. Kennedy Medical Center in Monrovia and the Jackson F. Doe Regional Referral Hospital in Tappita, Nimba County. The first of the two autoclaves was installed at the JFK on March 5.

The UNDP is also training healthcare workers at both hospitals on how to manage the autoclaves.

Prince Stryker, the head of the Maintenance Department at the John F. Kennedy Hospital said the equipment will reduce the level of pollution usually caused by the burning of medical waste at the hospital.

Prior to the installation of the autoclaves, medical waste at the JFK and other medical facilities in the country were burnt by different means including the use of incinerators.

“This equipment will grill the dirt instead of burning, [and it] will be very helpful not only to the hospital, but also to the community around here”, Stryker said.

Stryker noted that patients, employees, and community members frequently complained about the pollution caused by the burning of medical waste at the hospital. One of the autoclaves being transported/ Photo credit: Zeze Ballah

Victor Kwoh, a National Autoclaves Installation and Management consultant, said additional autoclaves would be acquired based on the effectiveness and efficiency of the first two autoclaves.

Kwoh said that the health workers in training will ensure that the equipment is handled properly and maintained for durability.

The locations for the installation of the autoclaves were decided based on a strategy developed by the government. The decision involved the Ministry of Health, the Monrovia City Corporation, the Incident Management System, and the United Nations Industrial Development Organization.

Meanwhile, as the battle against the Ebola virus disease continues, rebuilding a vibrant health sector remains paramount to the government and its partners.

The UNDP country director, Dr. Kamil Kamaluddeen, said that, as the response to Ebola continues, the government and its partners should not only adapt with the intention of containing the virus, but also ensuring that conditions that allowed the epidemic to hit people lives and livelihoods do not resurface. Kamaluddeen said the autoclaves were requested by the government as part of the health sector rebuilding process. He added that even though the government requested over 100 autoclaves, the UNDP was only able to procure 12 autoclaves along with five generators as a pilot project.

Kamaluddeen further said the organization is concerned about the people, their health, safety, welfare and more importantly, their livelihoods. He pledged that the UNDP is committed to supporting the government of Liberia in its recovery process.