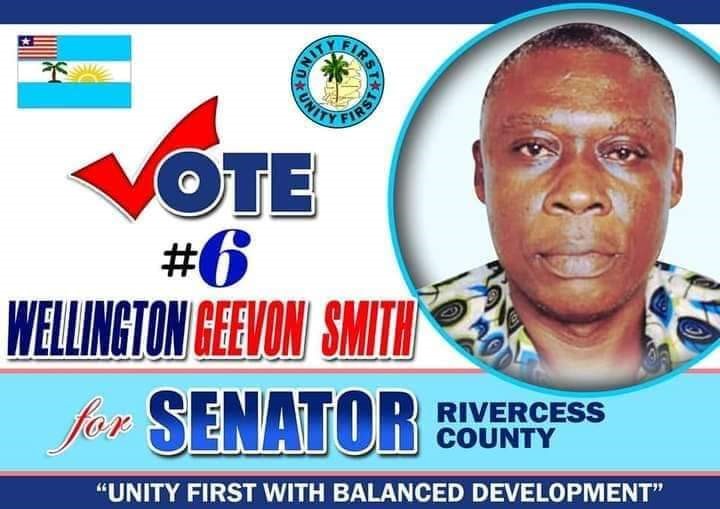 The National Elections Commission’s local office in River Cess conducted a recount of 104 of the 111 centers in the county from March 19-21 following a formal complaint filed by independent candidate Steve Tequah.

This is the second recount since the December 8, 2020 Special Senatorial Election in which Smith won 3,284 votes (23.4 percent) while Tequah obtained 3,168 (22.6 percent). The first recount was conducted on January 16, 2021, when Tequah complained of election irregularities. Tequah claimed that some valid votes cast for him were incorrectly considered invalid by NEC staff.

During the first recount of 7 of the 111 centers, Smith obtained 3,302 votes, constituting 23.3 percent of the total, while his main rival Tequah accumulated 3,248 votes, 22.0 percent. However, Timothy Bartee, the head of the Tequah’s campaign team, said he was convinced that his candidate had won the election and that the results were tampered with.

Tequah’s team filed another complaint to NEC’s Board of Commissioners and subsequently to the Supreme Court, calling for a recount of the remaining 104 of the 111 centers in the county.

The Supreme Court ruled in Tequah’s favor and ordered a recount of the remaining centers. Following three days of a tense recount in Cestos City at NEC’s local office, Smith’s lead narrowed, with 3,332 votes (23.3 percent) to Tequah’s 3,289 votes (23.05 percent). Only 43 votes now separate the two candidates.

Tequah’s team refused to sign on to a form acknowledging the result. Instead, Bartee said he would consult the campaign’s lawyer for further instructions.

Smith served as superintendent of River Cess for five years (2009-2014) during the Ellen Johnson Sirleaf administration. He resigned his position as superintendent in 2014 to contest the 2014 senatorial election but lost to current senator Francis Paye.

During his administration as superintendent, the River Cess Legislative Caucus, chaired by former senator Jonathan Banney requested a moratorium on River Cess’s County Social Development Funds because Smith’s administration had refused to submit the previous years’ financial reports to the caucus. For almost five years, the county did not receive its share of the county social development funds.

Following the 2014 Special Senatorial Election, Smith was appointed by Sirleaf as assistant minister for information services at the Ministry of Information, Cultural Affairs, and Tourism. However, Smith was never confirmed by the Senate.

Smith, a member of Sirleaf’s Unity Party, joined the Alternative National Congress when he expressed the desire to contest the 2020 senatorial election but later ran as an independent candidate because Gabriel B. Smith was contesting on the ticket of the Liberty Party. Liberty Party is one of the four political parties that make up the Collaborating Political Parties, of which the Alternative National Congress is a part. Constituent parties have agreed to put forth unified tickets leading to the 2023 elections.

There were 9 candidates contesting the 2020 senatorial election in River Cess, including incumbent Sen. Dallas Gueh of the ruling Coalition for Democratic Change.

Featured photo from the campaign of Wellington Geevon Smith

Sharing
Tags Wellington Smith
Contributions to The Bush Chicken are not tax deductible.