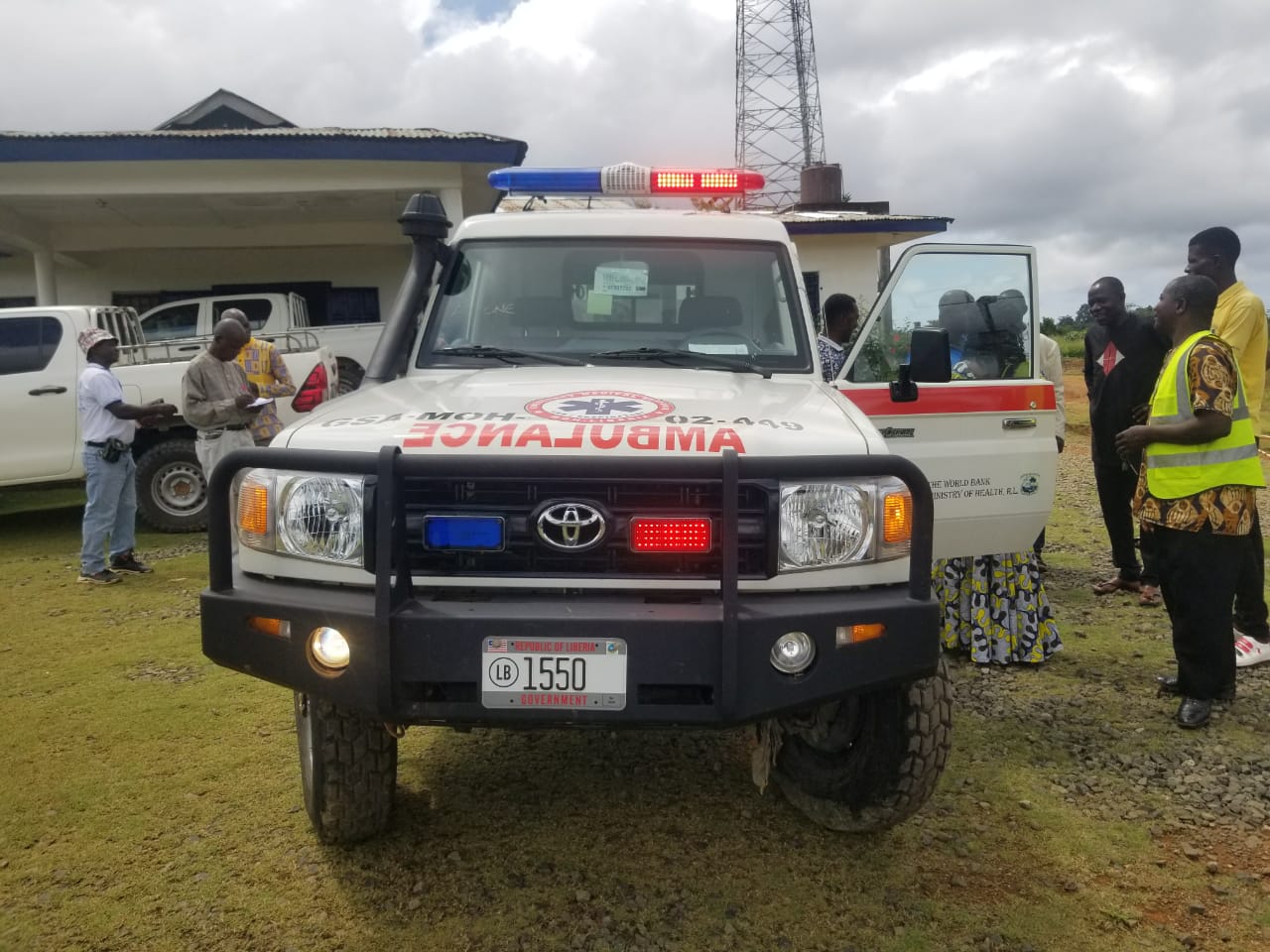 Yeabi Clark, the county health services administrator, officially turned over the vehicle to Superintendent Doris Ylatun on October 21. He noted that the ambulance would allow the county to more easily respond to health emergencies.

The vehicle will be assigned in the Barclayville health district while the GIZ donated ambulance will be based in the Buah health district, Clark said. He added that three persons and six nurses had already been trained in ambulance management and care.

Malcolm Smith, the director of community health who is also acting as county health officer, called on other government officials to help monitor the county’s two ambulances to ensure that they are used to serve the entire county.

Smith boasted of the gains the county health team has made amid limited resources, including in the COVID-19 fight. Grand Kru has not had an active Coronavirus case for over one month now.

Meanwhile, Superintendent Ylatun thanked the World Bank for the donation and urged the operators of the ambulance to set a different standard in terms of patient management and care. She appealed to health authorities and those trained to operate and maintain the two ambulances to avoid misuse.

“The ambulances donated by the government’s development partners have brought some high level of relief to Grand Kru County’s health system,” Ylatun said. She noted that having multiple emergency response vehicles would help address some of the major challenges confronting the county’s health sector.