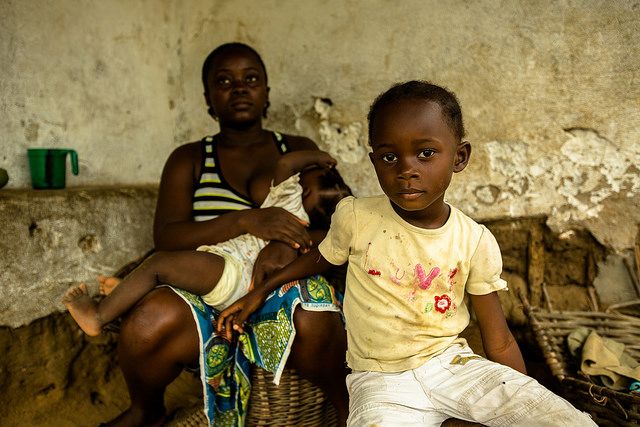 MONROVIA, Montserrado – In the wake of increased cases of rape over the last two months, womenâ€™s rights groups are demanding the death sentence for convicted rapists.

According to the advocates, perpetrators of rape should not be jailed because the crime has too great of an impact on the victims.

The advocates spoke at a one-day program held in Monrovia, Rape as a Threat to the Survival of Women and the Advancement of a Nation: Bridging the Gaps towards Justice and Accountability. The program was organized by the international NGO, IREX, in collaboration with USAID, Liberia Women Media Action Committee, Womankind, and the Gender Ministry.

The program was intended to review concerns from participants on rape, gaps in accountability, and challenges, and to create a dialogue with the community to identify solutions that result in real change.

Georgina Kamara, the chairwoman of the Brewerville Women Listening Club, said rape cases proceed very slowly in court and that it takes long period of time before justice is served. â€œSometimes the longer the case stays, the worse it becomes in the end. You wouldnâ€™t get justice then perpetrators go free,” Kamara said.

She said the often stated excuse of blaming the victim for dressing provocatively should not be an excuse for rapists.Â  â€œDress code is not a problem because babies too are being raped,” she said. Â “Does a three or four year-old baby dress immorally?â€

Kamara said, â€œWe need speedy trials for rape cases at the court. Our children are dying and these guys are going scot-free for the acts committed.â€

She added that victims of rape are not protected from retaliation and sometimes lose their lives in the process of court proceedings.

Kamara, who also served as panelist at the program, recommended that parents who obstructed justice by preventing the reporting of rapes should be prosecuted.

Yah Belleh Suah, theÂ gender coordinator of Bong County, who also served in the panel discussion, indicated that the Government of Liberia should bring back capital punishment for rapists. Â “Imprisonment is not scaring perpetrators,” she said.Â  “Instead, they should be killed when death occurs as a result of the act of rape.”

Also serving as panelist, Vero Manly, the head of the Women and Children Protection Section at the Liberia National Police, said that there is a lack of properly equipped laboratories for handling rape evidence. She also said there are no good safe houses for victims.

Manly said that WACPS faces major constraints in attending to cases. â€œWe only have one vehicle nationwide,â€ she said. Manly said the lack of progress with rape cases cannot be blamed on the police alone when they are so poorly equipped.

Liberia has reported over 10,000 rape cases in the last four years. In 2009, Criminal Court E was established specifically for rape cases. In February of 2015, the court released its report on cases on the docket, showing 20 convictions and 16 acquittals with one hung verdict since its establishment in 2009.

The court also documented that 40 cases were docketed in mid-2013 of which only 2 were tried. The court is only established in Montserrado County while, in other counties, circuit courts have jurisdiction.