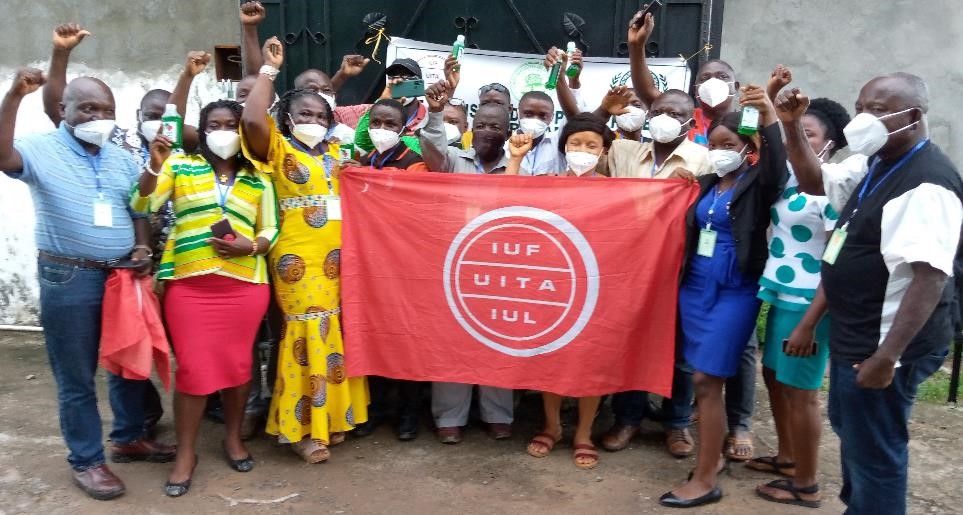 BUCHANAN, Grand Bassa – Representatives of the largest unions in the agriculture sector have met in Buchanan to adopt a resolution aimed at improving the oil palm sector in Liberia, amid drastic effects on the industry caused by the pandemic and other international market factors.

The gathering, which involved a two-day strategic training in occupational health and safety, gender equality, sexual harassment, and wage bargaining, was sponsored by the International Union of Food, an organization based in Geneva, Switzerland.

The resolution that participants agreed upon took into account challenges faced by multinational companies operating in Liberia, including the effects of the COVID-19 pandemic and the current poor state of the national economy.

Participants noted that workers of the two unions face challenges such as low wages, poor working and living conditions, a lack of a standard strategy on occupational health and safety, unregulated health protocol at workplaces, and a lack of educational facilities for children of workers.

The resolution bound the two national unions to work collaboratively with global trade unions, the Liberia Labor Congress, and the Ministry of Labor to address challenges workers in the sector face.

The resolution also called for the Ministry of Labor to formulate policies to ensure that contract workers are regulated and unionized to discourage multinational companies from using quasi-redundancy strategies to deny workers their basic social protective rights under the law.

It further called on President George Weah to constitute the Minimum Wage Board in accordance with the Decent Work Act of 2015 to address the disparity in wages and salaries in both the public and private sectors.

Speaking to journalists at the end of the gathering, the secretary-general of AAIWUL, Edwin B. Cisco, said the workshop was intended to form a collective front to ensure that workers in the sector speak with one voice when engaging employers and investors. This would ensure that their rights are protected even during challenging times, he said.

“To be very frank with you, it is quite disheartening and painful for us to see the workforce being reduced [during the pandemic], but again, as workers’ representatives, our concern is to ensure that we sustain the investment because without the investment being sustained, we will not have a job. Our families will not have livelihood income. But it should not be to the disadvantage of the workers and their families. So, all of these training and workshops are intended to build strategy, brainstorm, and come up with suggestions that we can be able to engage respective management constructively to mitigate these situations.”

Sharing
Tags Agricultural Agro-Processing and the Industrial Workers Union of Liberia
Contributions to The Bush Chicken are not tax deductible.