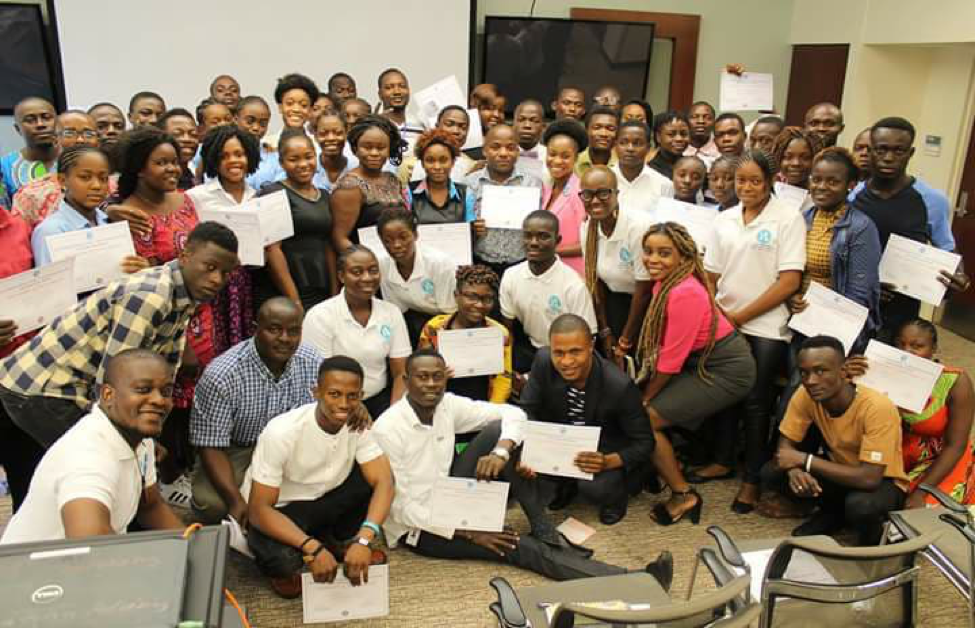 MONROVIA, Montserrado â€“ A group of 120 youth have completed a two-day training in the areas of business and entrepreneurship, Civic Leadership, and public management.

The training was conducted in partnership with the Public Affairs Section of U.S. Embassy by a team of Liberians who had won the Entrepreneurship Track Business Plan Pitching Competition at the Young Africa Leadership Initiative Regional Learning Center in Accra, Ghana. The YALI program is a signature program of former U.S. President Barack Obama.

â€œWe have basically come to tell you about things you already know â€“ we all will talk about it and see how we can apply them in our communities,â€ Acquoi told participants at the start of the summit. â€œWe from Cohort 7 have deemed it necessary to work together as a team to give back to those of our young people who never had the opportunity to be a part of the fellowship program in Ghana â€“ you can have the opportunity to acquire this knowledge and apply it back in their various communities.â€

During the business and entrepreneurship session, participants were enlightened on personal branding, pitching and business model development, marketing, among other topics. The first dayâ€™s guest speaker was a young Liberian entrepreneur and CEO of J-Palm Liberia, Mahmud Johnson, who encouraged participants to consider being an entrepreneur, which he called the driving force for poverty reduction.

The second day saw presenters Janice Pratt, a public analyst at the Governance Commission, and Mahmoud Koroma, a program associate at UN Women.

Speaking to participants on policy development, Pratt pointed out that policies that are developed must be done in the best interest of the people it affects.

â€œTo make sure that these policies are in the interest of the people; there must be citizen participation in the decision-making process in developing these policies,â€ she said.

She highlighted that although citizensâ€™ inputs may not necessarily be taken 100 percent, â€œit is important to get their views on those issues the government intends to make as policy issues.â€ She added that if Liberia must meet its policy agenda, the government must now begin to set long-term goals and implementation plans.

For his part, Koroma charged participants, especially those taking on the role of advocacy, to be direct and factual in what they’re advocating.

â€œYour advocacy should be of benefit to the people you are advocating for,â€ he said. He noted that if one is to succeed in their advocacy, â€œyou must also take into consideration the political environment and allies.â€

Each participant was awarded a certificate of participation at the end of the summit. The certificates were presented by Becca Archer-Knepper, the U.S. Embassyâ€™s assistant public affairs officer.

Daniel Gayflor and Maria Dowee, students at the Stella Maris Polytechnic, told The Bush Chicken that they were glad to be a part of such a rewarding event.

â€œI am very much inspired today because I learned lots of things,â€ Dowee said. â€œI am already an entrepreneur, but I have come to learn more to [help me] achieve what I want to do. I am going back to work with other organizations â€“ put more strength and put into practice what I [have] learned from here today.â€

â€œThe training was really awesome; it was more than I expected.â€ Gayflor said, â€œI have become motivated more and more from what I have learned and itâ€™s leading me to that one dream of becoming a very good entrepreneur and leader of our emerging generation.â€