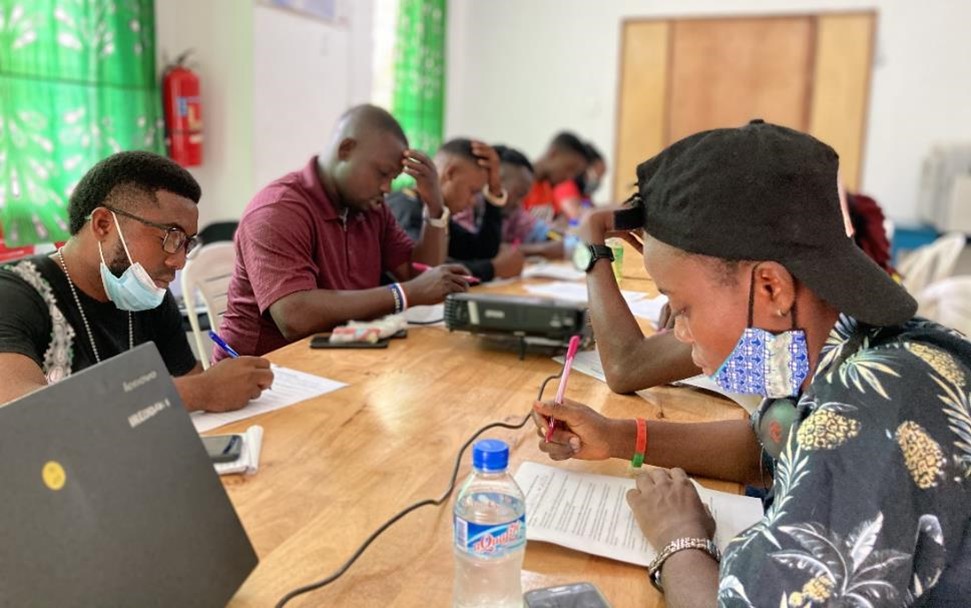 The following article was sponsored by Accountability Lab.

The training is a core component of AL Liberia’s ongoing Voice2Rep democracy campaign, which the National Endowment for Democracy funds. It aimed to increase the participants’ understanding and knowledge of democracy and to use their platform to advocate for accountability, democracy, and social change. The training also emphasized the importance of participating in governance by contributing to the growth and development of the nation.

The training and participatory learning exchanges covered various topics, including the democratic process, the role of citizens, the responsibilities of the government, the importance of inclusive decision-making, the need for transparency, and engaging youth around elections. From a practical perspective, the training also included topics such as communications techniques, social media management, radio interview techniques, public speaking, leadership and visioning, and business.

The facilitation of the training was led by expert facilitators and AL Liberia’s team, which has vast knowledge and experience in the aforementioned topics. The trainers include Mr.  Harold Aidoo, executive director of Integrity Watch Liberia; Mr. Luther Jeke, CEO of iCampus; and Mr. James Giahyue, who owns and operates the Daylight news outlet.

Speaking on behalf of the participants, Kelvin Tolbert, an artist and music producer from the Ma Massa recording studio in Gbarnga, Bong County, appreciated AL Liberia for hosting the workshop, noting that it was a timely learning event. According to him, the NED-sponsored democracy training has allowed him to pick up some new skills and opened his mind to creative thinking. He plans to use all the tips and tricks he learned about interview techniques and social media networking to expand his work and improve some of his networks.

As part of the training activities, AL Liberia administered a learning evaluation in the form of a pre- and post-test with all 15 participants to ascertain what has been learned over the course of the workshop. Fifteen questions were asked at the beginning of the workshop, and the same questions were asked at the end of it. The evaluation scores recorded at the pre-test showed an average of 6 correct answers out of 15 questions, and the post-test recorded an average score on 11 correct answers out of 15, showing an increase in learning at the workshop.

The preceding article was sponsored by Accountability Lab.

Sharing
Tags Accountability Lab
Contributions to The Bush Chicken are not tax deductible.