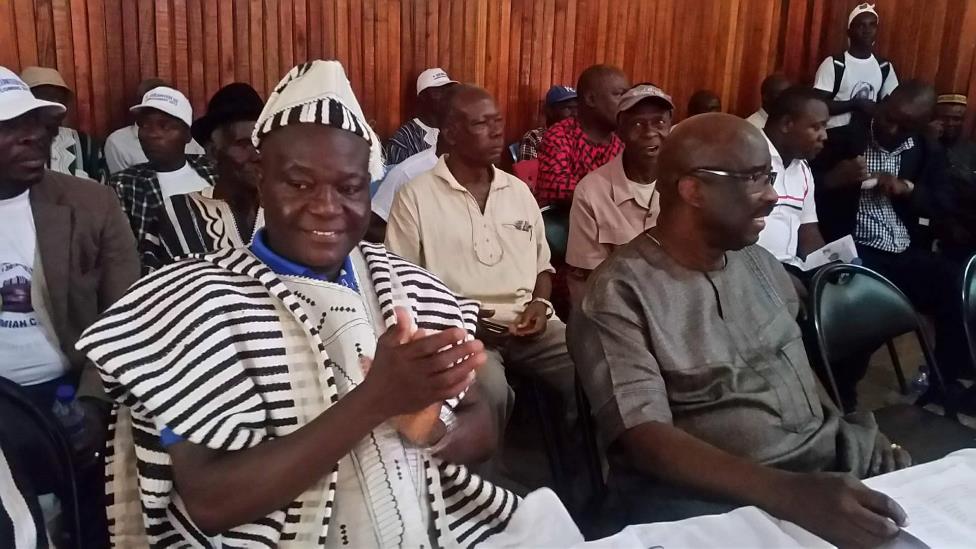 GBARNGA, Bong – Scores of citizens of Bong and other counties gathered in Gbarnga this past Saturday to welcome home Jeremiah C. Sulunteh, Sr., Liberia’s former ambassador to United States, Canada, and Mexico after five years of diplomatic service.

President Ellen Johnson Sirleaf, as part of her second term administration in 2012, appointed Sulunteh as ambassador to represent Liberia in the three countries.

At the well-attended homecoming in Gbarnga, Sulunteh, a native of Bong, said he was happy to be back home to continue his contribution to the development of all sectors of the Liberian society.

He emphasized the need to step up investments in the human resource development of young Liberians.

He said it was important to educate the young people who are considered future leaders of Liberia.

“So we have come with a message that we should seize the moment, the opportunity to invest in the human capital of the young people,” Sulunteh said.

Sulunteh said throughout his stay in the US, he worked in the interest of Liberia.

He mentioned the signing of the US$257 million deal between the Government of Liberia and the Millennium Challenge Corporation in 2015 for the Mount Coffee Hydro project, the foreign scholarships awarded to Liberians to study abroad, and the US government’s support to Liberia during the Ebola outbreak as some of the high points of his time as ambassador. He noted that he was happy to have served his country abroad and thanked Sirleaf for affording him the opportunity to serve in such a capacity.

Sulunteh said he was back to “play an active role” in the 2017 elections in October.

He did not, however, say which position he would contest, but there are rumors that Sulunteh would contest the vice presidential post.

Although he is a senior member of the ruling Unity Party, it remains doubtful whether Vice President Joseph N. Boakai, UP’s standard bearer, will select Sulunteh as a running mate.

Other unconfirmed sources are linking Sulunteh’s candidacy in the ensuing elections to presidential aspirant Alexander Cummings of the Alternative National Congress, while others believe that the Liberty Party of Charles Walker Brunmskine could win Sulunteh’s endorsement.

Internal Affairs Minister Henrique F. Tokpa was one of the high-profile citizens of Bong that attended the homecoming.

It is widely rumored in Bong that Tokpa and Sulunteh are not in good standing with one another as a result of their similar quests to land a spot on the UP’s ticket as the vice presidential candidate.

However, Sulunteh and Tokpa used the homecoming to clarify that there are no rifts between them.