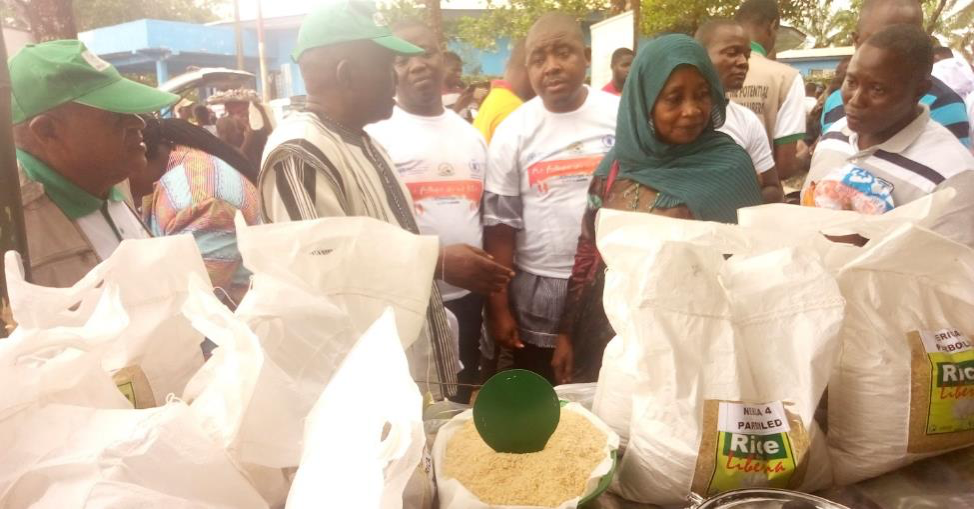 BUCHANAN, Grand Bassa â€“ The Ministry of Agriculture and its partners have concluded celebrating World Food Day at the Fairground in Buchanan.

World Food Day is celebrated on October 16 every year to commemorate the founding of the Food and Agriculture Organization of the United Nations in 1945. This yearâ€™s celebration in Liberia ended on November 15 in Buchanan with a series of activities, including an exhibition of agricultural produce from across the country.

Many stakeholders from the agriculture sector were present, including the World Food Programme, the Food and Agriculture Organization, the international NGO BRAC, the Central Agriculture Research Institute, the Liberia Agricultural Commodities Regulatory Authority, and the Farmers Union of Liberia.

Speaking at the program, Agriculture Minister Mogana Flomo said he believes Liberia can end hunger by 2030.

â€œI strongly believe that this is possible because we see that we are willing to work towards it. I am convinced that we can do it,â€ he said.

â€œWe can get all of the big concession companies that will come to produce rice for us â€“ that will grow vegetable for us, that will raise livestock for us. They will help to provide food for us for a certain time, but those people will go back home.â€

He urged Liberians to prioritize local production and start consuming products that are already grown locally. He said, in order to start ending hunger, all Liberians needed to get involved with agricultural activities to increase local food production.

Flomo noted that the government was doing its part by making available US$1.9 million to the Ministry of Agriculture to do a pilot project in rice production. Locally produced food on display at the end of World Food Day celebration at the Fairground in Buchanan. Photo: Sampson David

During the celebration, the executive director of the Rubber Development Fund said Liberiaâ€™s leaders needed to revisit past efforts to make counties such as Bong, Nimba, and Lofa the food baskets of Liberia.

Julius Sele said revisiting those past strategies will reveal that there were well-coordinated and effective extension networks in place. He suggested that the country needed to replicate those efforts.

For her part, the head of the National Rural Women of Liberia, Kebbeh Monger, said although the international community is providing support to the agricultural sector, Liberians need to help themselves in producing more food.

She said producing more food locally will help to alleviate poverty and hunger in the country.