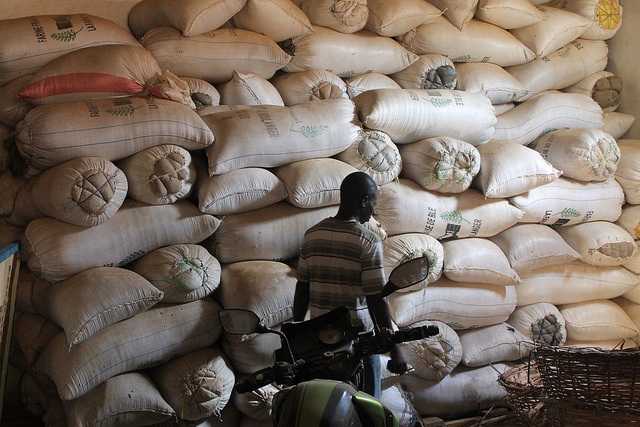 BUCHANAN, Grand Bassa – Over six months after it was announced by the government, the World Food Programme is now set to distribute a promised COVID-19 stimulus package to 24,742 vulnerable households in Grand Bassa.

The president had announced the program in April, as nationwide curfews were being imposed through a state of emergency to restrict the movement of the public. Pres. George Weah proposed that the legislature re-appropriate US$25 million under the remainder of the 2019/20 budget support food distribution to households in designated affected counties for the period of the state of emergency. The legislature approved the president’s request, extending the intervention to all counties.

An additional US$5 million loan from the World Bank was also expected to form part of the food funding, making the total amount US$30 million. The World Food Programme was expected to distribute the supplies nationwide.

However, there were significant delays that prevented the supplies from being distributed and by the end of July, only 4.6 percent of the food had been distributed nationwide, according to a report authored by WFP.

At a November 20 meeting convened by WFP’s head of support services, Aaron Sleh, however, journalists learned that the distribution would soon take place in Grand Bassa.

Each household is expected to receive 50 kg of rice, 10 kg of beans, and 5 liters of oil.

Speaking after the program, Goshua told journalists that he was relieved that WFP was finally about to carry out the distribution in the county.

“We decided to call in other actors to give clarity because you cannot be representing a county that was also struck hard by COVID-19 and up to that time, they haven’t gotten their package from what was decided by the legislature.”

Goshua told journalists that WFP would work with civil society and community leaders to ensure that enumerators properly vet vulnerable persons expected to receive the food. That vetting starts on November 23.

Grand Bassa residents are undoubtedly relieved that the stimulus packages will soon be distributed. Community radio stations have been inundated by callers blaming their lawmakers for the lack of distribution to the county.

The US$30 million-funded program, which aims to reach 2.5 million of the most vulnerable, poor, and insecure persons across the country, has been bogged down by delays due to Liberia’s poor road network and the slow enumeration of beneficiaries, the WFP has said.

In Grand Bassa, 123,710 persons are expected to benefit from the distribution.