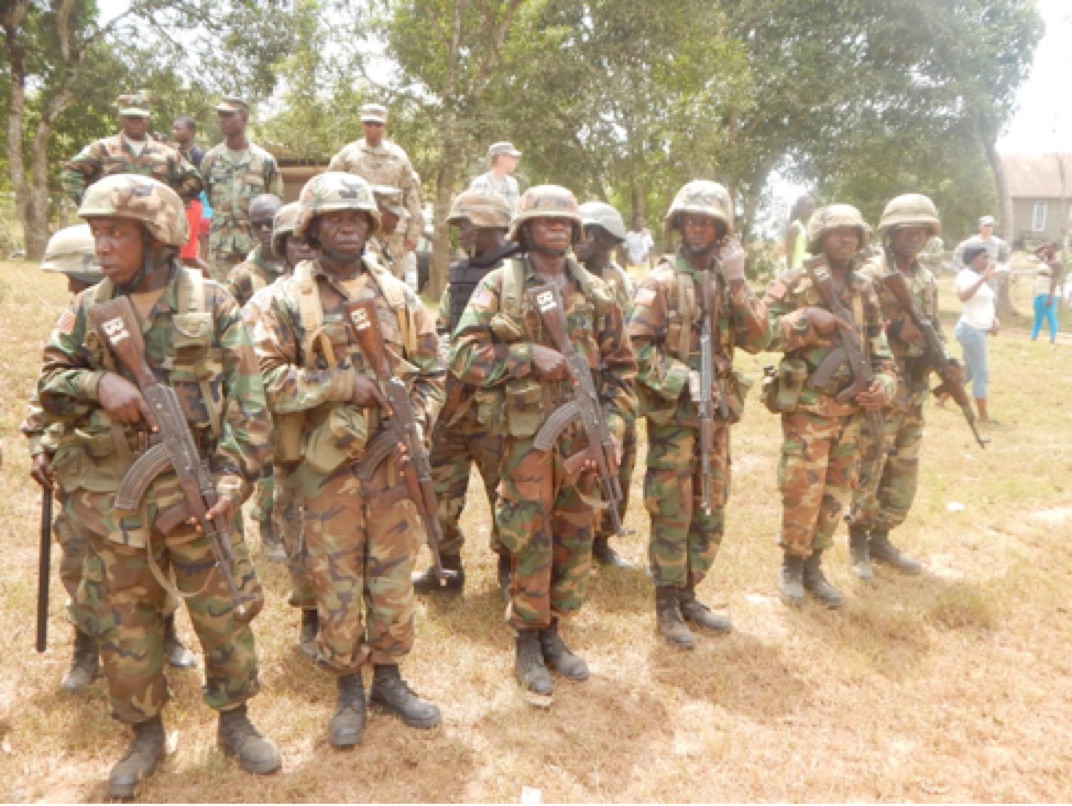 MONROVIA, Montserrado – Ahead of the 62nd Armed Forces Day on Monday, February 11, the associate dean of the Louis Arthur Grimes School of Law is calling for increased budgetary allotment to the Armed Forces of Liberia.

Jamal Dehtho said increasing the army’s allotment will enable the implementation of its welfare program for family members of the soldiers. Dehtho made the call when he spoke at a symposium organized by the Monrovia City Corporation.

He said the prestige of the army becomes reduced when the living conditions for soldiers are not enhanced, which can kill the morale and integrity of the army.

“We cannot afford to relive our national nightmares by going back to the days when soldiers would move into communities and villages seeking to survive by preying on the lives and properties of the very people they are supposed to protect,” he said.

“We cannot afford to create constraints that would push our soldiers into deserting posts at our already porous borders in search of better living.”

Meanwhile, the law school professor praised the government for its decision to construct the 14th Medical Hospital, an initiative he noted would go a long way in heightening the morale of the AFL and giving it an appealing image.

He also stressed the importance of building a welfare program for personnel of the army and their families in order to have them focused on their roles and avoid distractions that would undermine their purpose.

“Increased wages, better housing facilities, educational opportunities, and other welfare opportunities will serve as motivational tools to upholding the integrity of the army and sustaining its trust in the citizens,” he noted.

He said now that Liberians clearly understand the benefit of improved welfare for the army, the country must act promptly to prevent the consequences of doing otherwise.

Eddie Jarwolo, executive director of pro-democracy group NAYMOTE, who also spoke at the forum, agreed with Dehtho on the importance of taking the army’s welfare seriously.

“They [soldiers] don’t get [to] socialize like others; they don’t go on vacation easily, among others,” Jarwolo said.

“I don’t know how many [soldiers] will retire and have their own home and able to send their kids to private school in the country.”

Jarwolo encouraged the AFL to add more research and innovation to its obligation.

Meanwhile, the executive director of the Liberia Christian Association of the Blind, Beyan Kota, said he wants the army to work alongside the police and other government agencies in curbing crime, fighting diseases and national disasters, as well as protecting wildlife, as is done in other African countries.

He also acknowledged the budgetary challenge the army faces, noting, “We have very trained men and women in the Army, but with lack of logistics and basic needs, it is difficult for them to function well.”

Meanwhile, the minister of defense, Daniel Ziankahn, has promised to pressure members of the legislature to increase the allotment of the army.

A survey report on governance in Liberia released in November 2018 rates the AFL as the most trusted security institution in the country.

1 day ago by Kelvin Kollie