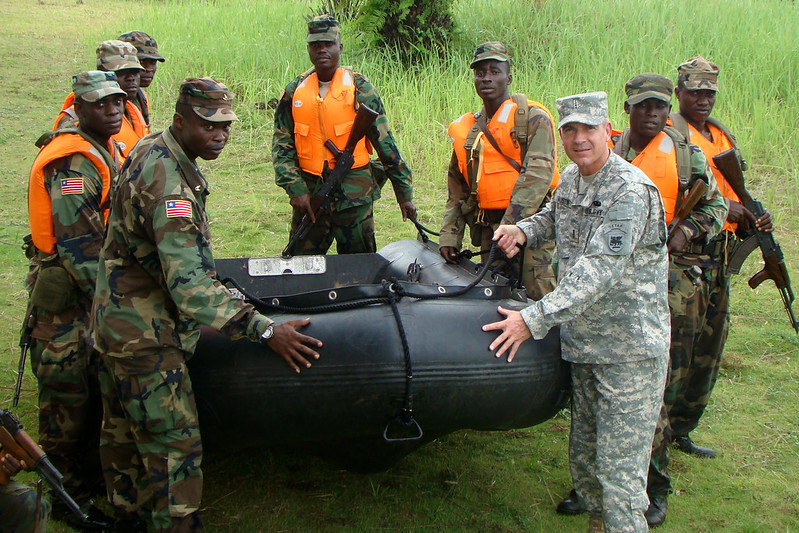 The Liberian people deserve to know the truth about the army on this Armed Forces Day, February 11. Liberians remain very vulnerable to heightened insecurity including external aggression.

In terms of military strength ranking, Liberia only tops a small south Asian landlocked kingdom. And it is Bhutan. This kingdom has a population of 779,898, six times less than Liberia’s population. Out of 138 countries, Liberia ranks 137 with a rating of 9.5753 according to the 2021 Global Fire Power Military Ranking.

The militaries of even Niger, Sierra Leone, Namibia, Laos, Somalia, and Congo are far better than Liberia. Isn’t this a shame for a 173-year-old nation?

Global Fire Power uses over 50 factors to determine this military ranking, some of which include: manpower, equipment, finances, logistics, natural resources, etc.

Let’s look at the specific figures for Liberia:

Does Liberia even have an army? No, Liberia does not. What Liberia has can better be described as “a military.” In fact, Liberia has a brigade and not even a division or a corps. Liberia only has 2,200 soldiers or less. And to have an army, a country should have at least 100,000 soldiers or two corps. The below military units further explain and/or justify my point:

To add insult to injury, Commander-in-Chief George M. Weah reduced the army’s budget to US$10.9 million this fiscal year (2020/2021) amid the lack of equipment, logistics, and declining manpower.

The defense budget of Liberia for 2017 was US$20 million, a 4.23 percent increase from 2016 under former Pres. Ellen Johnson-Sirleaf. Pres. George Weah has drastically reduced this amount to US$13 million, with the army having US$10.9 million, according to 2020/2021 approved national budget.

The U.S. Government gave over US$402 million to rebuild Liberia’s post-conflict army. Where is it? Over a billion U.S. dollars were spent on reforming the security sector. Where did they go?

These are hard facts that they will not challenge.

For the very first day since 1957, the Ministry of Information, Cultural Affairs, and Tourism announced that there will be no celebrations during this year’s Armed Forces Day because of COVID-19, even though Pres. Weah was recently watching the County Meet finals with more than 50,000 spectators at the Samuel K. Doe Sports Complex. The real truth is that there’s no money to celebrate and not because of COVID-19.

Sharing
Tags Armed Forces of Liberia
Contributions to The Bush Chicken are not tax deductible.