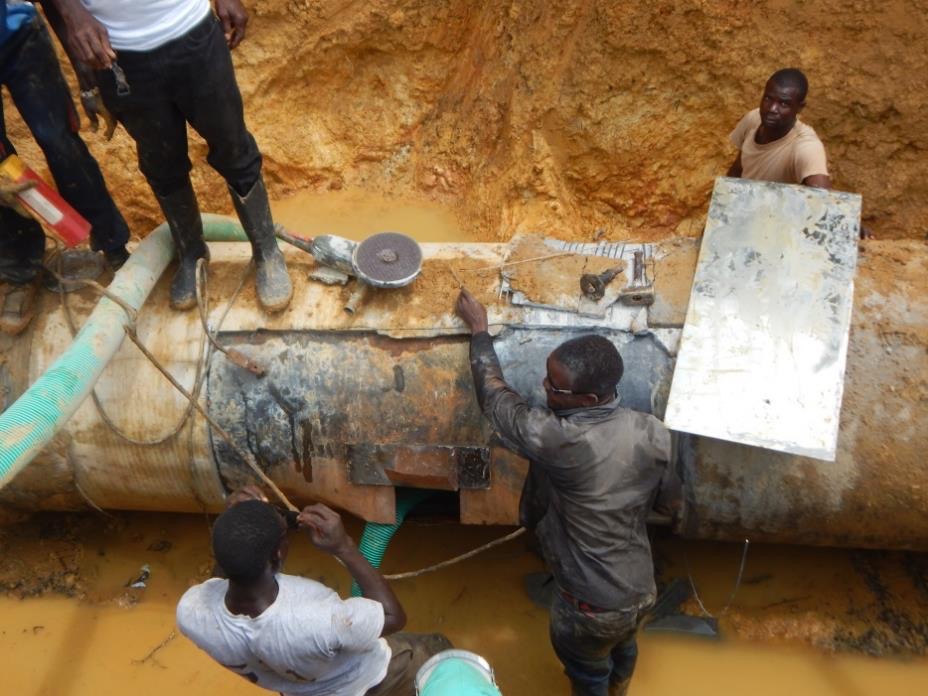 LOUISIANA, Montserrado â€“ Technicians of the Liberia Water and Sewer Corporation are working to repair the damaged 36-in transmission pipe that carries water to Paynesville, Congo Town, and Monrovia.

On Sunday, February 10, workers gathered at the site of the damaged pipe, along Pipeline Road and a few kilometers from the White Plains Water Treatment Plant. Workers had already dug up the damaged section of the pipe to reveal a slit that had developed as a result of the damage. Technicians blamed the damage on wear and tear for a pipe that had outlived its useful life. 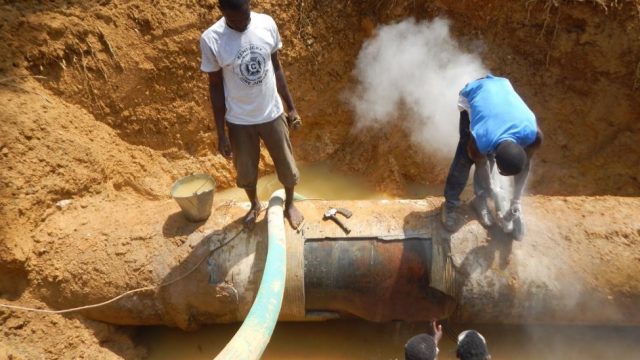 Workers had to pump water out of the area before working on the pipe after the level of the groundwater had risen overnight. There were four machines pumping out water where the damaged pipe is situated.

Afterward, workers sawed the two outer concrete layers of the pipe to reveal a metal pipe. Inside the metal pipe was another layer of concrete. Â Welders planned to weld a stainless steel sheet to the metal pipe to seal the damage. 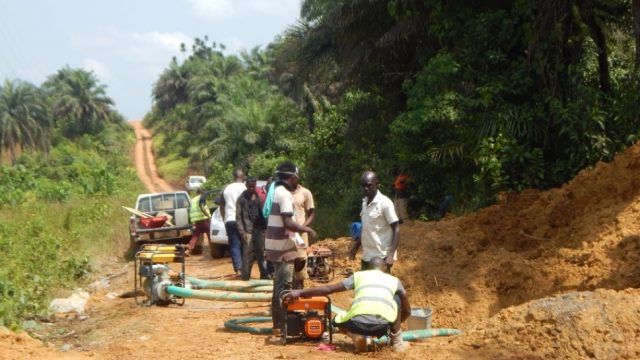 As the transmission pipe continues to be extended beyond its useable life, technicians expressed concern that such damages would become a lot more frequent.

The current outage has contributed to a lack of water at the St. Catholic Hospital, the John F. Kennedy Medical Center, and even at the residence of Vice President Jewel Howard-Taylor, according to sources at those facilities.

The outage began on Wednesday, February 6 and affects communities such as Johnsonville, Paynesville, Congo Town, Sinkor, and Central Monrovia.

â€œ[The] management of the Liberia Water and Sewer Corporation wishes to inform its valued customers and the general public that due to [a] technical breakdown of its 36-inch transmission pipe, there will be a disruption of water supply to communities along the route,â€ LWSC announced.

The disruption of water supply is expected to last for about seven days, the agency said, noting that â€œonly communities along the 36-inch transmission route will be affected.â€

â€œLWSC regrets any inconvenience this disruption may cause the general public and its valued customers and assures the public that its technicians are working rapidly to restore the damaged 36-inch transmission pipe,â€ the announcement continued.