BUCHANAN, Grand Bassa â€“ ArcelorMittal has directed all of its employees and partners to avoid using the Roberts Street Bridge linking its facility to Buchanan due to its current dangerous condition.

The mining company issued the directive on June 17, 2019, asking all employees, partners, and contractors to avoid driving over the 2.5-kilometer stretch of road.

â€œExperts have determined that the bridge (that crosses over the [ArcelorMittal Liberia] tracks) is in a perilous condition and its continued use poses a risk to the safety of users, especially drivers of light and heavy vehicles,â€ the notice read.

The bridge was constructed by the Liberian-American-Swedish Mining Company in the 1960s. The company constructed several structures in Grand Bassa, including the Roberts Street Bridge, the washing plant, the railroad, and the Payneburry Bridge linking the Grand Bassa Community College to Buchanan.

LAMCO established the first large-scale mining operation in Liberia following the discovery of the Nimba ore in the 1950s and ArcelorMittal has taken over its operations.

The Roberts Street and Payneburry bridges are now in deplorable conditions and need renovation or reconstruction.

The directive from the company further stated that ArcelorMittal has brought the condition of the bridge to the attention of government officials and has also offered to implement some remedial measures to temporarily reinforce the structure, but not while it is in active use by logging and other heavy-duty vehicles.

â€œWhilst the government and other authorities are considering our advice and recommendation, AML believes it must act decisively to protect the safety of its employees and other stakeholders it can influence,â€ the company said.

The company said it had directed its security personnel to enforce compliance with the directive.

Irons used over the deck of the bridge are now shown and opening up thereby by creating fears as it creates troubling sounds whenever a vehicle reached the middle of the bridge. 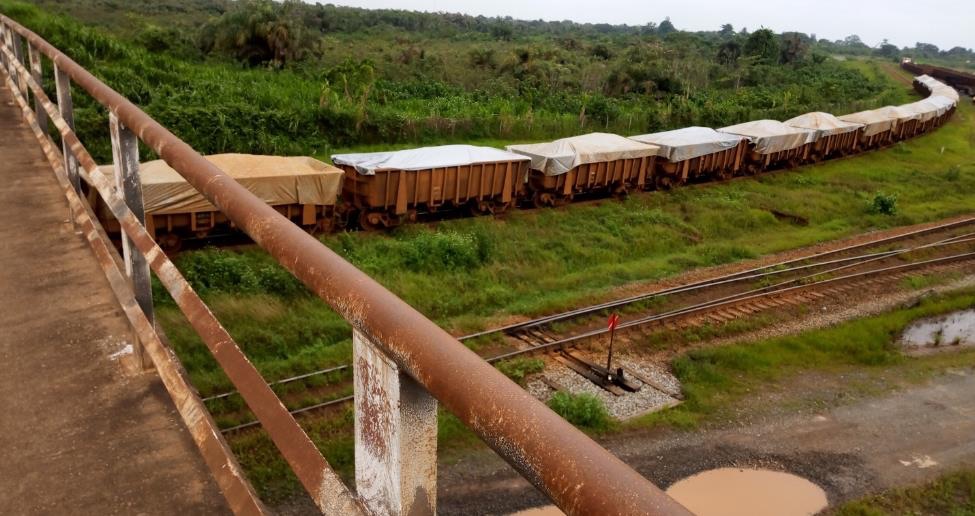 An ArcelorMittal train passes under the bridge in Buchanan. Photo: Sampson David

ArcelorMittal vehicles are now being directed to use the Own Your Own community road as an alternative route, although residents from the Bacconi Community behind the Arcelor Mittal lube facility are still driving over the bridge.

The Bacconi Community hosts fishing communities and the popular Sunset beach. Additionally, others still driving over the bridge include those wanting to access an Ecobank branch and the ERA supermarket.

There has been no public notice placed at the entry of the bridge by the government to stop the public from using the bridge, and on July 8, there was no security personnel assigned to ensure that vehicles avoid the route.

The resident engineer of Grand Bassa, Wilmot Williams, told journalists that the Ministry of Public Works, along with ArcelorMittal and the county, assessed the bridge, but his office has not been able to access the result.

Grand Bassaâ€™s Superintendent Janjay Baikpeh said negotiation is currently ongoing for vehicles belonging to logging companies operating in the county to pass through the ArcelorMittal concession area to access the port.

The superintendent did not say when the negotiation would be concluded and what will be the outcome would be, but heavy vehicles are still using the bridge.