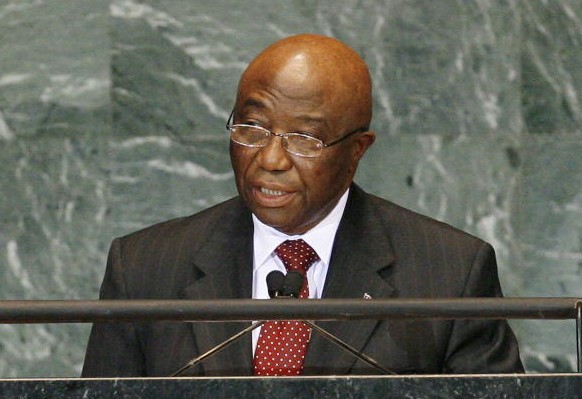 The series of presidential debates are being organized by the Deepening Democracy Coalition. Weah was also absent from the first debate, which was held on August 17, at the Paynesville City Hall.

Weahâ€™s latest absence from the final presidential debate was made known to FrontPageAfrica on Monday following an interview with his spokesperson Sam Mannah.

Mannah told FrontPageAfrica that due to an invitation from the European Union, Weah would not be attending the final presidential debate, although organizers have listed him along with six others to participate in the debate.

According to the DDC, seven presidential candidates, to include Joseph N. Boakai of the Unity Party, Alexander Cummings of the Alternative National Congress, George Weah of the Coalition for Democratic Change, Charles Walker Brumskine of the Liberty Party, Benoni Urey of the All Liberian Party, Mills Jones of the Movement of Economic Empowerment, and Macdella Cooper of the Liberia Restoration Party, consented to attend the debate.

â€œI donâ€™t think he will be at the debate due to his meetings with the European Union in Brussels and also with the head of the African Union in Paris, both meetings taking place on September 25 and 26,â€ Mannah told FrontPageAfrica.

Speaking Monday on the Liberia Broadcasting Corporation via mobile phone from Grand Bassa, Mohammed Ali, Unity Partyâ€™s campaign spokesman, said Boakai is expected to launch his campaign in Grand Cape Mount on September 26 and in Gbarpolu on the 27th.

Ali explained that the party had communicated with the organizers about Boakaiâ€™s absence, adding that â€œthe party is working in line with its campaign schedule submitted to the National Elections Commission.â€

FrontPageAfrica said it is unclear why EU officials had invited Weah but quoted diplomatic observers as pointing to a statement last week in which the EU expressed concerns about the influence of former President Charles Taylor in the October 10 elections.

Speaking to The Bush Chicken via mobile phone in a rather frustrated voice, Lamii Kpargoi, coordinator of the Deepening Democracy Coalition, said the participants had been informed about the final presidential debate since August 25.

Kpargoi said someone from Unity Party had called him and said they sent him an email on Sunday night that Boakai would not be attending the debate.

â€œI havenâ€™t been able to check my email all day because of the planning,â€ he said.

When quizzed about the CDC standard bearer also not attending the debate, Kpargoi said he had only learned on social media that Weah would not be in attendance, pointing out â€œthere has been no official communication from the CDC informing the DDC about its standard-bearer’s absence from the debateâ€.

â€œIt is their right to decide to attend the debate or not; and if they do not want to tell the Liberian people about their plans for the country, the DDC cannot force them,â€ he said.

Kpargoi expressed disappointment in putting much effort into planning for the debates and not having it succeed â€œa hundred percent.â€

â€œIf the UP and CDC knew that their candidates were not going to attend, they should have informed the DDC ahead of time,â€ he said.

The final presidential debate is scheduled for Tuesday, September 26 at 1:00 p.m. at the Paynesville City Hall.