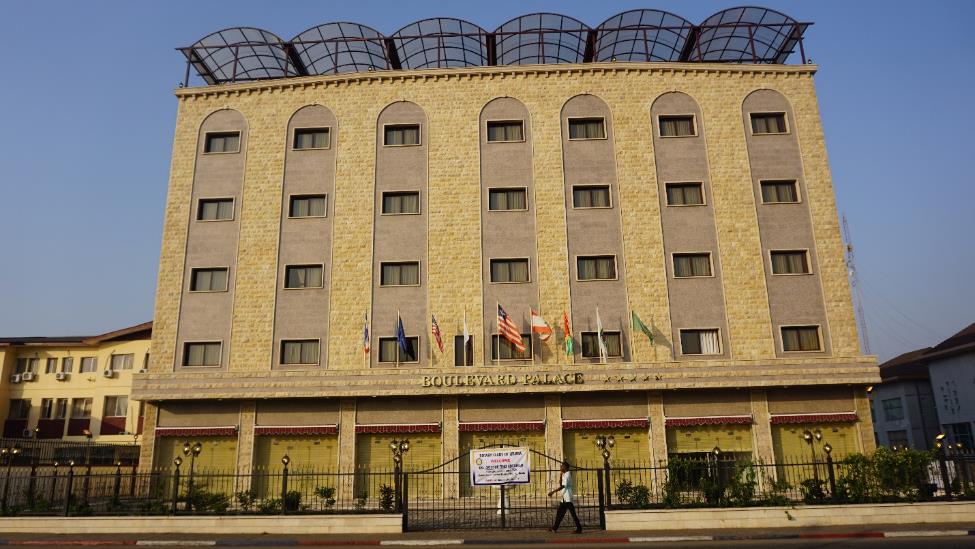 Currently, Liberians pay one of the worldâ€™s highest electricity tariffs of 49 cents per kilowatt-hour, excluding tax.

Sirleaf said on Tuesday in her annual address that the cost of electricity will drop to 39 cents per kilowatt-hour in February.

According to Sirleaf, the government has secured funding to complete the feasibility study for a reservoir on the Via River, noting, â€œConstruction of the reservoir will ensure that the Mount Coffee Hydro Plant has sufficient water to generate electricity throughout the year.â€

â€œOne major achievement in power expansion is the government fulfilled promise to rebuild the Mount Coffee hydroelectricity facility,â€ she maintained.

Sirleaf stressed the timely completion of regional projects currently underway will ensure that electricity is further expanded to communities all over Liberia.

This, according to Sirleaf, would ensure a continued reduction in the cost of electricity come next month, but cautioned that these cost reductions are unlikely to be sustained if Liberians continue to face power thefts.

Sirleaf also noted that the government has made tremendous gains by cooperating with other countries in the region to allow remote places like Zwedru and Fish Town to have electricity. Ganta and Harper, she said, had access to an affordable price of electricity â€“ at 25 cents per kilowatt-hour.

She said that electricity in these counties comes from the grid in neighboring Cote dâ€™Ivoire, adding â€œnational efforts have already brought electricity to the Kakata corridor with the Robertsfield and Tubmanburg corridors to follow later this year.â€

The sales and marketing manager for City Hotel, Arma Youlo Jr., described the presidentâ€™s statement as a positive move for those in the hotel business.

Youlo, who decried the high tariff on electricity, said he was compelled to switch to his generator, pointing out, â€œit is cheaper for me to use my generator than the lights from the LEC.â€

He said since the tariff of electricity will be reduced in February, he will again be a regular subscriber. Youlo explained that he spends up to US$12,000 monthly on electricity from LEC when using freezers, air-conditioners, machines, etc. and saves up to US$5000 a month when he uses the generator.

â€œI will now be able to offer my customers better prices if the tariff on electricity is reduced by next month,â€ Youlo said.

Philip Wesseh, the publisher and managing editor of the Inquirer newspaper, said the proposed tariff reduction is going to reduce the high cost of production of many local papers in Liberia.

One major challenge in print media is the constant disruption of electricity, which, according to Wesseh, has adverse effects on the institutionâ€™s computers. Another business representative, Kelvin P. Demey, the general manager of Prime Communications Network, said Sirleafâ€™s statement is a victory for users of electricity, especially those in the business and communication sectors of the country.

Demey said one reason why his institution does not run a 24-hour broadcast is because of the high cost of electricity, claiming he spends US$50 on fuel every day, which is US$ 350 per week.

â€œThe high cost of electricity is seriously affecting Prime FM because of the multiplicities of radio stations,â€ he mentioned.

At larger businesses like the new Boulevard Palace hotel, CEO Samer Halabi said it is very encouraging and good on the part of the president to drop the tariff price, but getting electricity from the grid was not yet an attractive option for his business.

â€œThere are lots of small businesses that depend on LEC for electricity,â€ he said. Halabi explained that since the hotel was opened three months ago, he has not switched to LEC and does not have any plans of doing so now.

â€œOperating generators at Boulevard Palace is very expensive as compared to LEC, but we prefer to do so because, at the end of the day, I do not want to experience a power fluctuation,â€ he added. â€œThe Liberia Electricity Corporation is not a reliable company.â€

Halabi said it currently costs him US$ 900 per day for fuel to operate the hotel.

â€œI am going to sit back and watch how reliable LEC will become and maybe in the future decide to switch to LEC and at the same time be on the safe side,â€ he said.