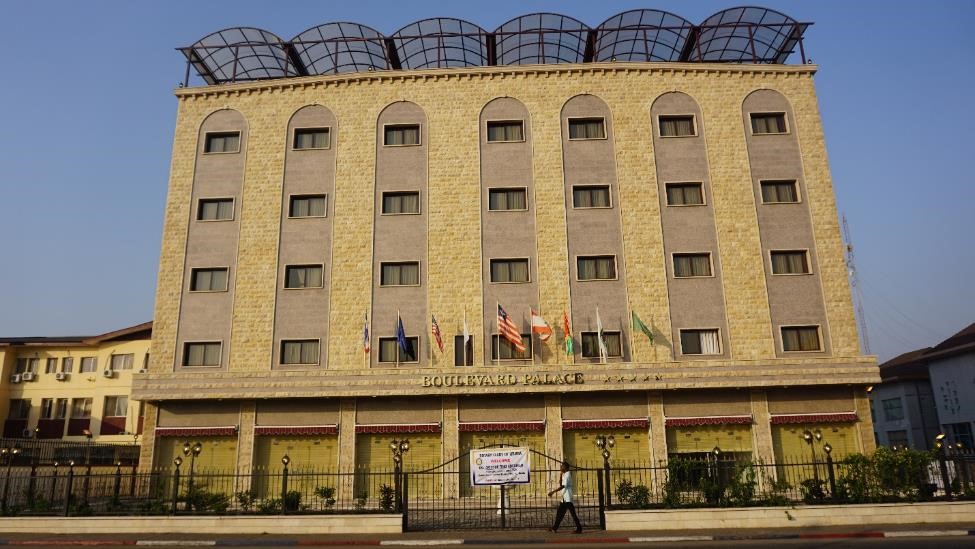 MONROVIA, Montserrado â€“ Despite the rehabilitation of the Mount Coffee Hydroelectric Power Plant, many large businesses in the country are still spending huge sums of money to purchase fuel to run generators that supply their businesses with power.

Interviews with managers of several large businesses around Monrovia revealed that these businesses have been awaiting connection to the electricity grid but have still not been connected, even as officials say the new hydroelectric dam will generate more power than Liberia can consume.

When all four turbines are brought online, the hydropower plant will have a total capacity of 88 MW.

â€œOnly 15 MW of power is currently in use,â€ said Monie Captan, the chief executive officer for the Millennium Challenge account, which funds part of the Mt. Coffee rehabilitation. â€œWe still have the potential for more connections and higher consumption.â€

Some of the businesses reported submitting their applications for connection two to three years ago and say they frequently follow up with the Liberia Electricity Corporation, although progress has been nonexistent.

Eric Nelson, the financial controller at the Robert L. Johnson Kendeja Resort and Villas, told The Bush Chicken that he uses 11,000 gallons of diesel fuel a month. At the wholesale price of US$2.93 per gallon, the hotel spends over US$32,000 every month on fuel alone.

Besides the huge cost of fuel, Nelson said the hotel also spends between US$3,000 to US$5,000 monthly to maintain its generators.

â€œThe RLJ Kendeja Resort and Villas applied a year ago to the LEC management to get connected to the grid, but to no avail,â€ Nelson said.

The financial controller said he hopes to be connected to the grid by the end of 2017.

At the much smaller City Hotel in Central Monrovia, Arma Youlo, sales, and marketing manager, said his business consumes approximately 9,000 gallons of diesel fuel a month on his generators. His hotel spends US$26,000 monthly on fuel, in addition to an average of US$2,000 on monthly maintenance. The managers said they hope to be connected to the grid but were not sure how long the process would take.

While most of the large businesses anticipated being connected to the electricity grid, some business owners are taking a more hesitant approach to LEC. Boulevard Palace CEO Samer Halabi had told The Bush Chicken earlier in the year that getting electricity from the grid was not yet an attractive option for his business.

â€œThere are lots of small businesses that depend on LEC for electricity,â€ he said. Halabi explained that he had no plans to switch to LEC until he could see the demonstrated reliability.

â€œOperating generators at Boulevard Palace is very expensive as compared to LEC, but we prefer to do so because, at the end of the day, I do not want to experience a power fluctuation,â€ he added. â€œThe Liberia Electricity Corporation is not a reliable company.â€

Halabi said it currently costs him US$27,000 monthly to fuel his hotelâ€™s generators.

â€œI am going to sit back and watch how reliable LEC will become and maybe in the future decide to switch to LEC and at the same time be on the safe side,â€ he said.

Even as these businesses have been clamoring to get legitimately connected to the grid, owners of large businesses in Monrovia have been arrested for power theft.

The manager of the Mamba Point Hotel, Rabih Yehia, was arrested by the Liberia National Police in February of 2017 after his hotel was discovered to be stealing electricity from the grid. This was the second time the hotel had been caught engaged in such activity, with the first being in 2012.

Foday Sackor, LECâ€™s former managing director, told the Senate Committee on Lands, Mines, and Energy that the corporation is losing US$1.5 million per month due to power theft. He cited not only the Mamba Point Hotel, but also the Monoprix Supermarket among the large businesses that had been caught stealing power.