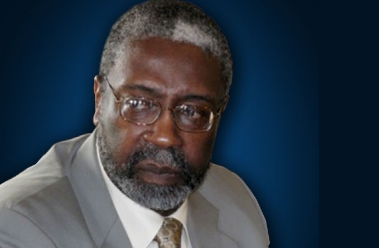 SANNIQUELLIE, Nimba  – The governor of the Central Bank of Liberia, J. Mills Jones, has dismissed those he said are spreading misinformation that he is using government funds to gain political fame.

“I will not be deterred by critics who cannot make any contribution to the development of our country,” Jones said at a program marking the official licensing of the Rural Community Bank, commonly known as the MC2 Bank, in Sanniquellie. “Anyone who wants to engage us should do so constructively. When your motive is constructive, we will join you in the process,” he said.

Jones added, “Let me say this to those who are misleading the public that we are using government money to gain political fame that it’s time to stop. We are under obligation to keep government money that is only authorized to be used by the Ministry of Finance.”

The CBL governor clarified that an extended audit of the institution is conducted on a yearly basis and reports are submitted to the President of Liberia, Ellen Johnson Sirleaf. Jones presenting the operational license of the Rural Community Bank to its Board Chair, Margaret Korkpor

Nimba County Assistant Superintendent for Development, D. Dorr Cooper, also spoke at the occasion and commended the president of Liberia for the level of development Liberia has experienced under her leadership. He praised Jones for being forceful in ensuring the positive implementation of Sirleaf’s agenda.

However, Cooper said, “My appeal to you is to, please ensure under your tenure that we have this community bank in all of our major cities.”

The construction of community banks in the main cities around the country is meant to ease overcrowding at commercial banks for civil servant receiving salary disbursements. Civil servants often spend about one to two weeks or even more waiting to get their paychecks cleared at commercial banks such as EcoBank, Guarantee Trust Bank, and First International Bank Liberia.

This delay impacts the education of public school students in the rural parts of the country as instructors sometimes stop teaching in an attempt to push for their salary payments.

2 days ago by Moses Bailey