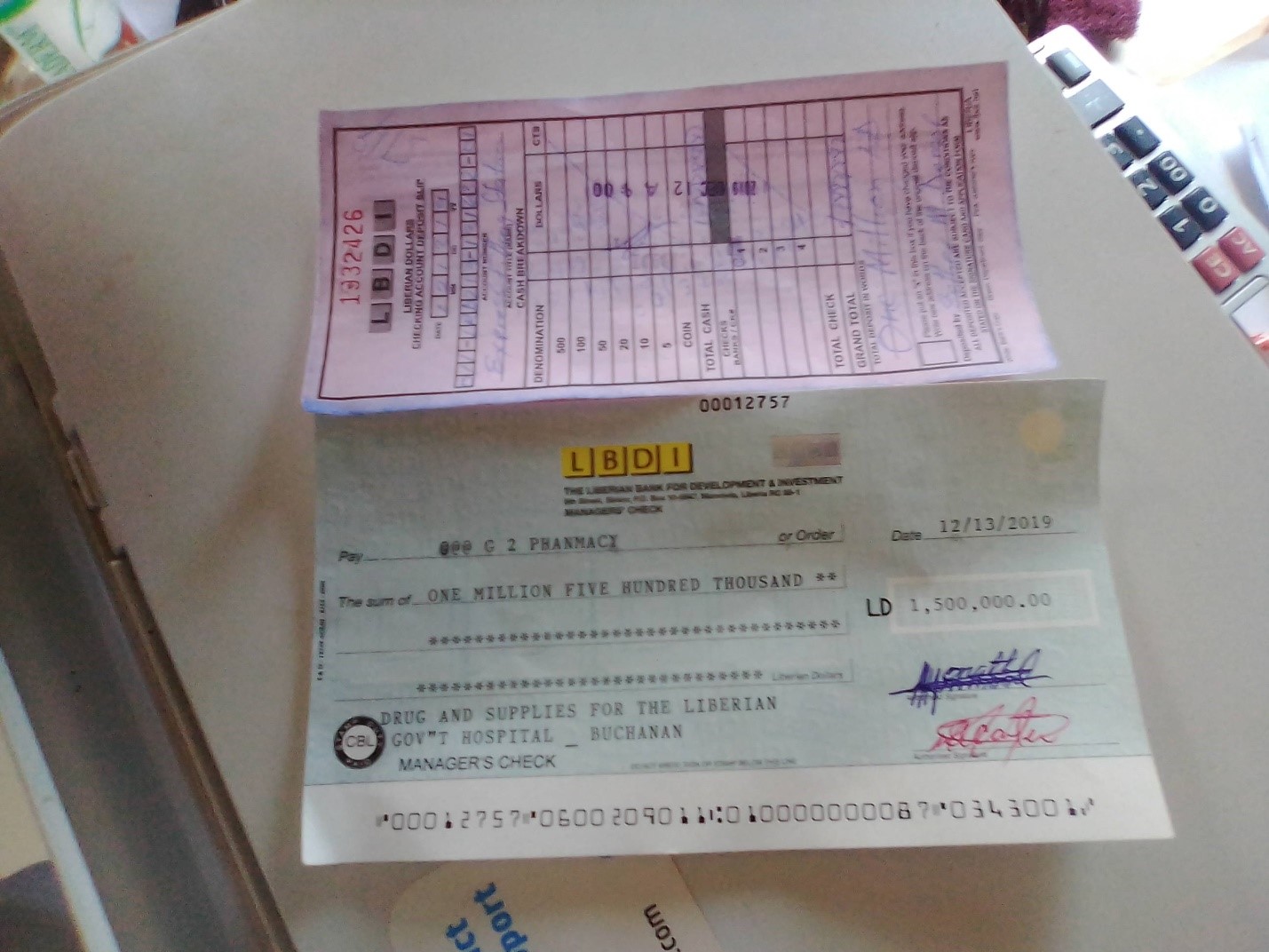 BUCHANAN, Grand Bassa â€“ The committee set up to raise funds for the Liberian Government Hospital in Buchanan has made additional contributions to the hospital.

With support from the county authority, the Grand Bassa Legislative Caucus, and residents of the county, the Save the Liberian Government Hospital committee successfully raised L$2,500,000 (US$13,298), which it presented to the hospital administration over the weekend in Buchanan.

According to Karnga, the committee received a budget of US$12,131.60 to help fund the cost of fuel, two generators, an ambulance, drugs, medical supplies, patient food and nutrition, cleaning materials, and stationery. The goal has been to swiftly respond to emergency challenges currently facing the hospitalâ€™s administration and to ensure the hospitalâ€™s doors remain open to providing basic health services.

Speaking at an event to present the funds raised, Karnga said, â€œIn this light, the committee is pleased to present an amount of L$1,000,000 for fuel to a local vendor called Express Filling Station owned by Chris Menenesah at the God Bless You Hill in Buchanan to supply the hospital.â€

A further L$1,500,000 has been made available to the G2 Pharmacy, located in Monrovia, to supply the hospital with essential drugs.

Besides these initial donations, the committee is also planning a mass citizensâ€™ meeting to consider more long-term solutions to the situation at the hospital. It is hoped that a resolution would be signed at the meeting authorizing the committee to submit a proposal to the Ministry of Health to implement a sliding fee system at the hospital, in order to raise needed funds.

â€œWe are cognizant that [the] free service offered at the hospital is a national policy, but with these challenging times in our country, we want to categorically state that the hospital cannot run under this condition and you expect it to survive,â€ Karnga explained the move.

On hand to receive the committeeâ€™s checks was the countyâ€™s assistant superintendent for fiscal affairs, Daniel Willie.

Receiving the checks on behalf of the hospital, its administrator, Fatorma Jusu, thanked the people Grand Bassa for their continuous support to the hospital.

â€œIt is actually the responsibility of [the] government, but we all know that the government is challenged financially, so the people of Bassa agreed to help, as they are doing now,â€ Jusu said. â€œWe are very proud of the people of Grand Bassa for their contribution towards this hospital and we hope it will continue so as to provide quality health services to the public.â€

â€œOwing to the financial constraint that we now have in this country and the government not being able to shoulder the entire cost, a lot of health facilities across Liberia have been struggling, including the Liberian Government Hospital,â€ he said.

The continuous support from citizens has made the reopening of the hospital possible. But this is only a temporary measure. If the hospital is to resume normal operations, a more long-term solution involving central government and county authorities must be found.