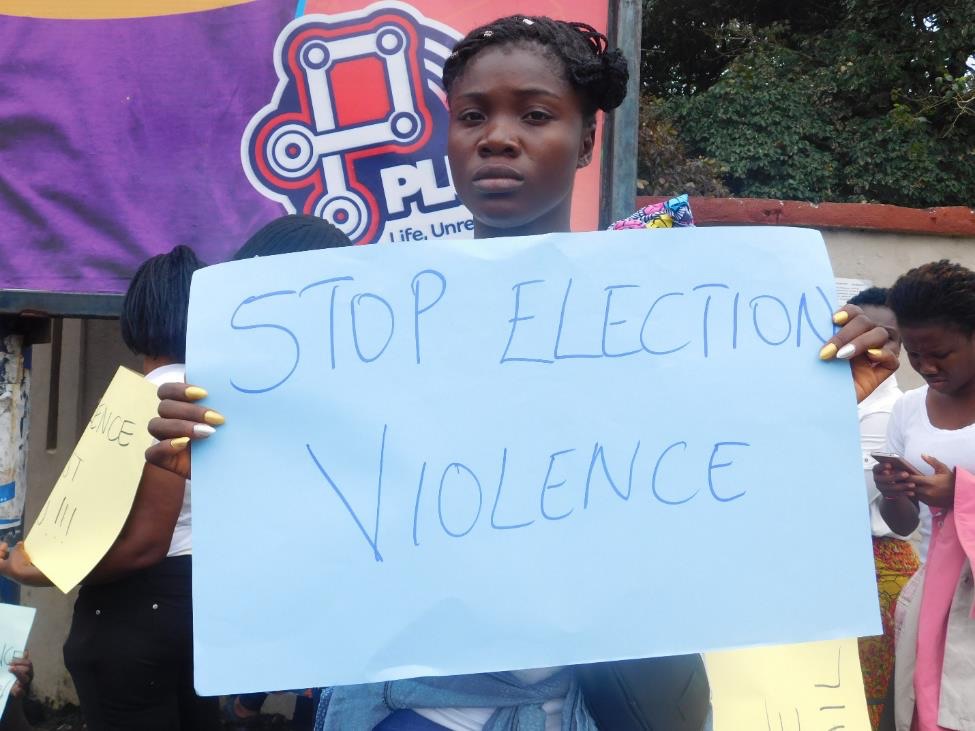 MONROVIA, Montserrado – Following her experience in a violent by-election in Montserrado, young female politician Telia Urey has opened up on the challenges affecting women in Liberian politics.

Urey, a member of the All Liberian Party and former representative candidate in Montserrado’s 15th district by-election in 2019, had reported several scenes of attacks against her and her supporters during the election.

Following the announcement of a re-run of polls at 20 polling centers after a disputed election in the district, Urey posted video footage showing a violent attack on her and her supporters when they met with supporters of Kelvin Bayoh, another candidate in the election, who had declared his support to her ahead of the re-run.

Urey, who was running on the ALP ticket and supported by the Collaborating Political Parties opposition bloc, alleged that her vehicle was set ablaze by supporters of the ruling Coalition for Democratic Change, with over 15 of her supporters being injured.

On July 27, the final day of the campaign for the July 29 by-elections, she also reported that CDC’s supporters attacked her.

Another raucous scene also erupted on July 31 on Tubman Boulevard in Congo Town when members of the CDC allegedly infiltrated a pre-victory celebration of CPP held at Liberty Party’s headquarters, with stones thrown at opposition supporters. The police director of communications, Moses Carter, confirmed the violence but said no arrests were made.

Speaking to the BBC on a special International Women’s Day episode of the Africa Today podcast on March 8, the young politician highlighted that women in politics in Liberia were facing many challenges, adding, “I have faced some of the worst attacks in my short career.”

She said the sequence of violence, including physical and verbal attacks and insults directed at her, her family, and supporters on social media, nearly broke her down and made her rethink her involvement in politics.

“It got to the point during my campaign when I said it is not worth anyone to lose their life and decided to take a step back,” she explained in the interview. She said the attacks, especially on her life, impeded her movement and weakened her campaign activities.

She said for women to be in Liberia’s politics, they must be tough, steadfast, and dynamic in their sojourn because they will always be mistreated. Urey stressed the importance of women holding together and supporting their gender.

But she said female politicians should always wear their trousers and boots to fight because “that is the only way we’ll be able to beat this ill of not having women represented in the political landscape.”

“We need to ask ourselves whether women see it important to elect their colleague. Does the average woman really see getting more females represented as an issue? Are we not angry and upset enough of not having women govern?” she asked.

Sharing
Tags Telia Urey
Contributions to The Bush Chicken are not tax deductible.