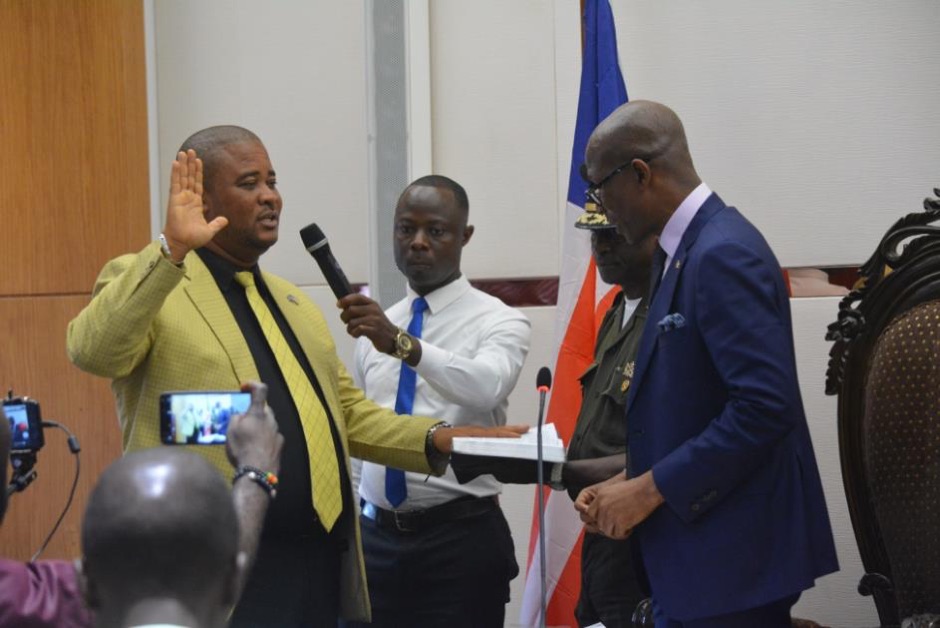 During an induction ceremony conducted by House Speaker Bhofal Chambers, Karama promised to work with fellow lawmakers to prioritize the interests of the Liberian people.

Kamara won the representative by-election after a contentious campaign and election season after a vacancy was created as a result of the death of the late Adolph A. Lawrence.

Running on the ticket of the ruling Coalition for Democratic Change, Kamara defeated Telia Urey of the All Liberia Party. Urey had been supported by collaborating opposition political parties, including Unity Party, the Alternative National Congress, and Liberty Party.

Kamara won with 8,678 votes or 49.2 percent of the combined tallied votes, while Urey acquired 6,868 votes, constituting 38.9 percent of the total votes.

A re-run of voting in 20 polling places needed to be held to get the full result of the by-election, after Urey filed a complaint to the National Elections Commission.

The first voting was held on July 29, and the re-run was conducted on August 28.

The campaign was characterized by violence, as rival supporters of the two main candidates often clashed, often with no intervention by the police.