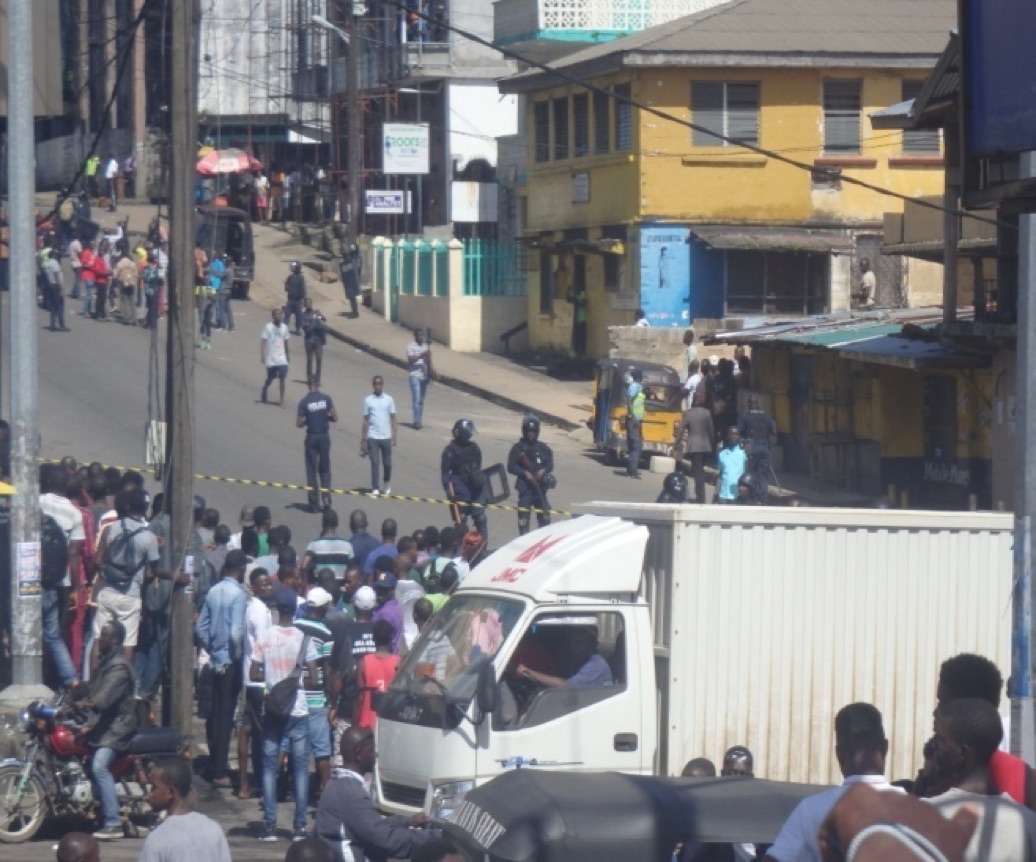 MONROVIA, Montserrado â€“ Popular radio station Roots FM was shut down on Thursday, October 10 after the Monrovia City Court issued a writ of search and seizure warrant to retrieve equipment at the station, including the stationâ€™s transformer.

The court issued the warrant on October 9 because it said Roots FM had violated the laws by inciting riot and violence.

Other equipment seized based on the court request were a mixer, microphones, headphones, computers, stabilizers, and cables antennas. The court instructed the sheriff to bring all the items to the court.

The court action was based on a six-count request from the Ministry of Justice for a search, seizure, and an arrest warrant for the management of Roots FM. According to Justice Ministryâ€™s petition, those operating the station were operating illegally and violating Section 15 of the Telecommunications Act for operating without being fully licensed by the Liberia Telecommunications Authority. Additionally, the Justice Ministry said Roots FM had not properly exercised its freedom of speech and had posed a threat to the peace and security of the country.

â€œPetitioners maintain that a penalty of not being in compliance with the exercise of freedom of speech within the country is closure,â€ the government said.

The ministry said although there has been a surge of improper use of radio stations, print media, and social media, journalists have not been arrested.

Roots FM was abruptly shut down on Thursday, October 3 while conducting a live broadcast that generated a protest at the entrance of the St. Joseph Catholic Hospital in Congo Town.

The protesters set up roadblocks, using planks, stones, and palm branches. They were demanding to take delivery of Jestina Taylor, a patient who had been discharged by the hospitalâ€™s administration and was planning to travel to the U.S. to seek further medical treatment.

Talk show host Henry Costa had alleged that government operatives had gone to the health facility to arrest Taylor and prevent her from honoring her visa interview at the U.S. Embassy after she was discharged by the hospitalâ€™s administration.

Taylor was first hospitalized after reports that she was discovered unconscious in an unfinished building along the beach after going missing for days. Before going missing, Taylor, a former head of President George Weahâ€™s Coalition for Democratic Change womenâ€™s wing, had made allegations against the party and some officials, including Monroviaâ€™s Mayor Jefferson Koijee of training armed men in a neighboring country and engaging in mercenary activities.

She told the Liberia National Police after regaining consciousness that she was kidnapped by unknown men after she made the revelation, and was drugged, beaten, and ganged raped.

On the Monday edition of his Costa Show, the talk show host told Liberians that the station had been shut down due to technical reasons, and not because of the government.