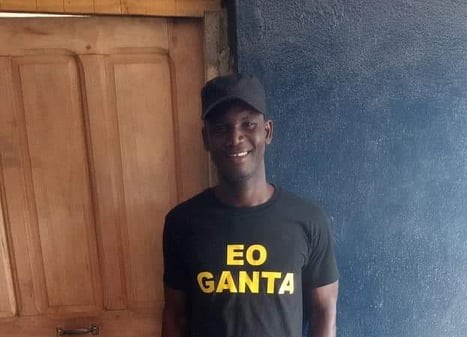 GANTA, Nimba â€“ The Liberia National Police have charged and sent to court two men, including their own Sgt. Sensee Kowo, who served as deputy commander in Ganta. The men are being charged in relation to their involvement in an incident that left 18-year-old Samuel Selleh, a commercial motorcyclist, dead.

Speaking on Friday, March 20 to a local radio station via telephone, the Region Three commander, Morris Teamah, disclosed that the two men, Kowo and a private security guard who was not named, were currently in police custody and charged with conspiracy to commit murder and murder, respectively. Matthew Dolo, another co-defendant, remains at-large but has been charged in absentia with conspiracy to murder.

According to Teamah, Kowo and his co-defendant will appear in court after the Eighth Judicial Circuit Court sets a date.

Teamah praised Nimbaâ€™s county administration, the county legislative caucus, motorcyclists, relatives of the victim, and the general public for exercising restraint during the preliminary stages of the investigation. He particularly sought to assure the general public that the police was committed to ensuring full transparency and impartiality in the case, and to bringing anyone found guilty to justice, as tensions quickly flared up in the city.

Teamah then extended heartfelt condolences to the bereaved family and promised to enforce the law fairly.

The case stems from an incident in the early hours of March 9 when Selleh, the motorcyclist, was killed in a tussle with Kowo. Selleh was a ninth-grader from the Ganta YMCA High School and a resident of Peace Community.

Eyewitnesses reported that Kowo used excessive force in an attempt to apprehend the victim, including choking him. The motorcyclist collapsed to the ground after being choked for several minutes and was taken to the Esther and Jereline Medical Center where he was pronounced dead upon arrival.

When the news of the incident broke the next morning, over 200 motorcyclists from around Ganta took to the streets in anger over their colleagueâ€™s death, hurling stones at the Ganta Police Depot in demand of swift justice. It took the intervention of the president of the Nimba chapter of the Federation of Motor and Tricycle Union, Tony Gbeanquoi, to ease tension and quiet down the ensuing chaos.

In the addition to the victimâ€™s family, the union is also demanding speedy and fair trial of anyone involved with the death of their colleague. Meanwhile, the unionâ€™s leadership has called for calm and restraint while the police continue its investigation.

The union, as well as the family, therefore welcomes the latest move by the police to charge and prosecute the co-defendants, including Kowo.