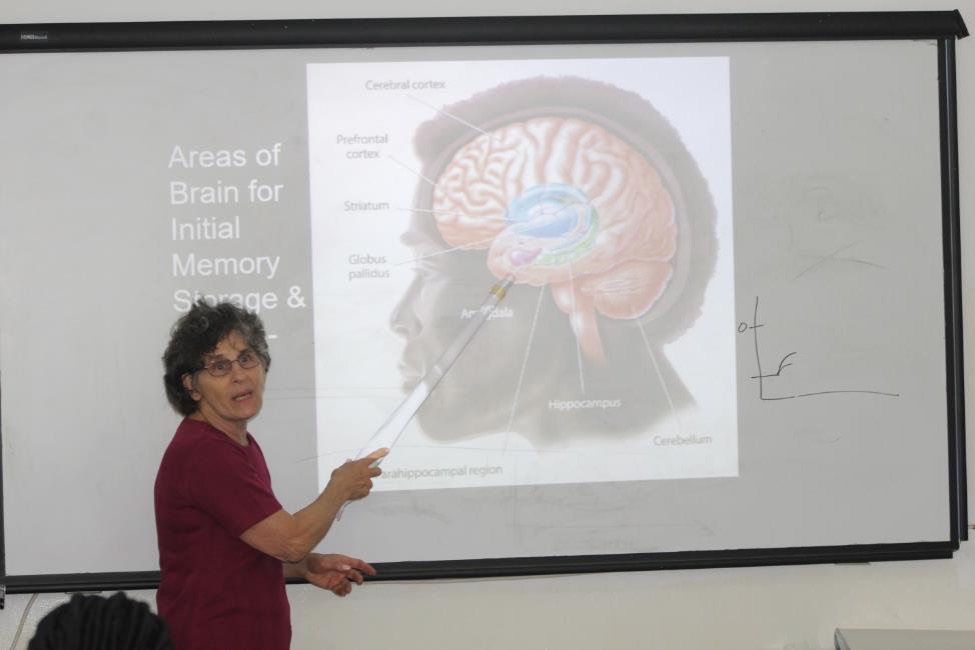 MONROVIA, Montserrado â€“ Twenty-five teachers and school administrators drawn from both the government and private institutions are undergoing training in brain science at the Blue Crest College in Monrovia.

Janet M. Dubinsky, professor of neuroscience at the University of Minnesota in the United States, who was the lead facilitator, told The Bush Chicken that the objective of the training is to raise awarenessÂ among teachers and school administrators of how the human brain works.

â€œWe want teachers to understand how learning takes place in the brain and how it may at sometimes not work ultimately in cases of mental illness,â€ Dubinsky said. â€œWe want the participants to become aware of the problems children may have with their mental health while in school.â€

In the absence of a good understanding of how the brain works, Dubinsky said teachers could often blame students for not performing well in school. â€œIt is always appropriate to find out the studentâ€™s experiences that might make them depressed, not attentive, or excited, which could be symptoms of mental illness,â€ she said.

In a country where there are so many other problems more directly related to the education system, there is little attention paid to the mental health of students.

Dubinsky’s training included an introduction to the basics of how the brain works.

â€œThe most basic part of the human brain is the cell that makes up the brain and communicates at a point called synapsis,â€ she told her trainees. The participants will also learn how to understand when a childâ€™s brain is not working properly and how they can render support to help the child achieve his or her plan. The ultimate goal, Dubinksy said, is to allow teachers to accommodate for a difference in learning style and if necessary, refer students to mental health clinicians for proper treatment.

The training, which began on August 20, is expected to come to a close on August 31. The teachers and school administrators are drawn from Montserrado, Bomi, and Margibi.

Two students from the School of Prime System are also attending the training as observers.

Dubinksy said she hopes the trainees can, in turn, teach their other colleagues who were not able to makeÂ it to the training.

â€œSuch information is important to propagate through many teachers across the county,â€ she said.

After the training program, the teachers will be provided with electronic resources about the nervous system and the brain to help them in their work.

The training is one of the first of its type to be organized in the country. The Carter Center, which sponsors many mental health programs in Liberia, organized the training along with the Ministry of Education, the Monrovia Consolidated School System, and the University of Liberia.

Sharing
Tags Ministry of Education, The Carter Center
Contributions to The Bush Chicken are not tax deductible.